Do you hate your job?

However, that leaves over 10% of Americans who don't like their jobs and 49% who aren't highly satisfied. And other studies show higher numbers of Americans are unhappy with their jobs.

What do people hate most about their jobs? Here are the five top complaints identified in the SHRM survey -- and what employees can do about them. 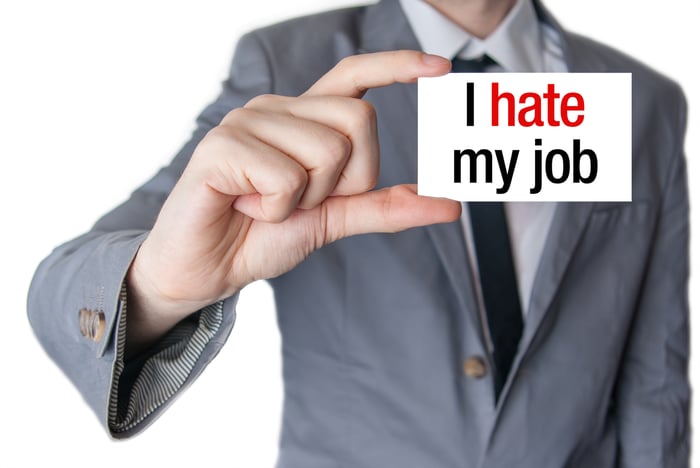 1. Pay and benefits too low

The SHRM survey found that one contributing factor to discontent could be that fewer Americans are receiving bonuses than in the past. Interestingly, the happiest campers when it came to pay were the millennials, with 37% responding that they were very satisfied with their compensation. Generation Xers were the most disgruntled, with only 20% very satisfied with their pay.

It's been said that employees don't leave their jobs -- they leave their bosses. The SHRM survey identified some reason to think there's truth in that statement.

The job factor with the most Americans rating it as very important was respectful treatment of employees by management. However, only 38% said that they were very satisfied with respect given to them by their bosses. Trust was another high-ranked item in terms of importance, but only one-third of workers indicated they were very satisfied with the trust between management and employees.

Based on the SHRM survey, though, workers think more highly of their immediate supervisors than they do of senior management. It appears that the biggest frustration among American employees about management relates less to their bosses, but is more focused on their bosses' bosses.

Job security was ranked high in importance. However, the SHRM survey detected concerns among many workers about the security and stability of their jobs.

One reason for this could be that some organizations aren't in great shape financially. Only one-third of employees expressed high satisfaction with the financial stability of their employers. 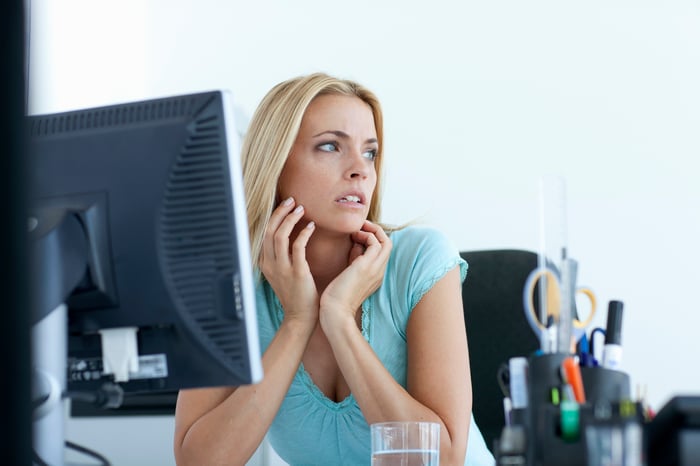 There were several survey questions that indicated many workers weren't happy with the nature of the work that they did. The issues appeared to stem from perceived low meaningfulness of the job and not enough opportunities for employees to use their skills and abilities in their jobs.

Less than one-third of employees indicated that they were very satisfied with teamwork in their department, with even fewer giving high marks for teamwork between departments. Only 31% were highly satisfied with the overall corporate culture. The common thread among these responses hints at problems with office politics.

There are four basic things that employees can do in the face of these reasons for hating their jobs. The first (and worst) option is to simply do nothing. Life's too short to spend it doing something that you hate, so this option isn't recommended.

The second option is to attempt to change whatever it is that you hate about your job. For example, if you generally like the job but are unhappy with your salary, build your case for why you deserve more money. Gather information about average salaries for people with similar experience as you in similar jobs. Document the extra things you do that go above and beyond what the job requires. Then go talk with your supervisor.

You might not like the third option: change yourself. In some cases, when you really think about things honestly and objectively, your attitudes and behaviors could be the underlying reasons behind problems at the job. For example, a manager could be hard on an employee because he or she is frequently late.

This option could also be applicable in other scenarios. If you're concerned about job security, look for ways to gain more training and experience that make you more marketable in the event that your concerns turn out to be warranted.

Then there's the fourth option: change jobs. One of the things that I wish I knew when I graduated from college is that you're always ultimately your own boss. Everyone has a choice about whether or not they will work for an employer or direct supervisor. You might not be able to get your bad boss fired, but you always have the alternative of firing the person as your boss.