Many people aspire to become their own bosses, but these days, a growing number of Americans are making that dream a reality. According to the Kauffman Index, as of 2015, there were more than half a million new business owners each month, and perhaps surprisingly, baby boomers aged 55-64 were most likely to venture out on their own.

There are plenty of benefits to starting your own business, but if you're not careful, doing so could end up being the worst career move you'll ever make. Here are a few questions you really need to ask yourself before taking the plunge. 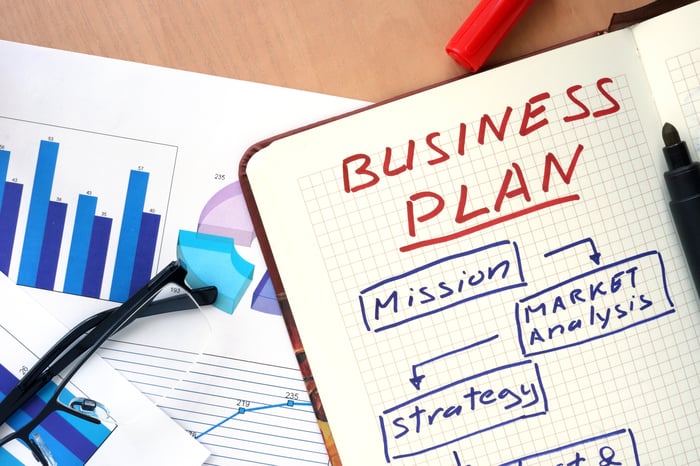 Starting a new business means taking on a certain degree of risk. From start-up costs to delayed profitability, there's a good chance you'll experience an extended period where you're spending more money than you're actually bringing in. That's why it's essential to have a reasonable amount of savings before venturing out on your own. Now the amount you'll need will vary depending on your personal circumstances and expenses, but it's a good idea to have enough cash on hand to cover at least a year's worth of living costs -- and, ideally, even more.

2. How long will it take to be profitable?

Most new businesses don't turn a profit overnight. In fact, there's a good chance you won't actually make money for quite some time, especially when you consider the capital you'll need to put into your business up front. To prepare accordingly, map out a plan and, based on your costs, come up with a timeline for profitability. Keep in mind that in the early years, you may need to reinvest more of your earnings into your business to keep it going, which will impact the amount of money you ultimately get to take home.

3. Do I know how to be successful at this venture?

It's an unfortunate fact that roughly 80% of new businesses fail after just a year of operation. In fact, that's a statistic that has been consistently upheld over the past 20 years. Furthermore, even if you do manage to make it past the one-year mark, you should know that about 50% of all businesses fold after five years, while only 33% make it for a full decade.

This isn't meant to discourage you from pursuing your passion, but it should serve as a wakeup call that you'll really need to go in knowing what you're doing. Before you embark on your business journey, take some time to write up a comprehensive plan and test it against varying market scenarios. For example, you might have a grand idea to be the first lending library/coffee shop in your neighborhood, but what happens if a competitor opens its doors six months after you do? What will you do to set your business apart? Remember, you might have a unique talent or stellar idea, but make sure that can translate into a successful business as well.

Many of us have different skills, and while you might be an accomplished artist, if you're horrible at accounting, you'll probably need to hire someone to turn your craft into a moneymaking endeavor. Similarly, if you're an IT wiz but have zero penchant for marketing, you'll probably need some outside help to spread the word about your business and attract customers. Think about the sort of assistance you'll need as you establish and grow your business, and make connections in advance so that you know who to turn to once the need arises. This way, you'll be able to focus on what you do best during those critical early stages.

5. How will I define success?

It's easy to say that your goal in starting a business is to make money, but what's going to prompt you to keep things going for the long haul? Before you take the leap, think about what you're really looking to get out of your new venture, because that will most likely inform many of the decisions you make along the way. If your goal, for example, is to attract investors or eventually get bought out, you'll approach things differently than someone who wants to become a long-term neighborhood landmark.

You might also think about how much money you'll be satisfied earning if and when your business makes it to that coveted five-year mark. There's a difference between surviving and thriving, so decide what it's really going to take for you to keep plugging away.

There's nothing like being your own boss, setting your own rules, and running a business the way you see fit. Just make sure you're prepared for the ups and downs, and financial challenges, that inevitably come along with it.