Some careers proceed down an almost linear paved road, while others resemble a path in unfamiliar woods, barely discernible at some points, and leading through brambles and over fallen trees at others. Whether you're the type to meticulously map out your future, or have a more exploratory bent, there's an excellent piece of advice that can help you maximize success at work. It's found within a slim book titled, interestingly enough, Career Warfare. 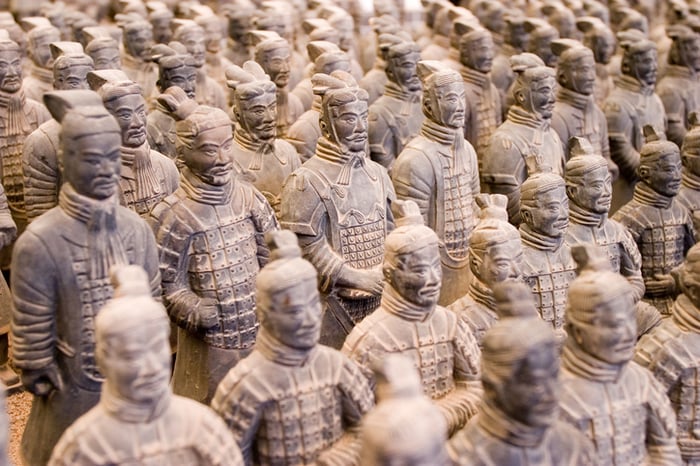 Written by David D'Alessandro, who rose through the ranks to enjoy a highly successful stint as CEO of John Hancock Financial Company, Career Warfare was published in 2003. It's aimed at the aspiring corporate executive -- thus, the content isn't immediately relevant to everyone. And with the advent of a generally more informal, wired, and entrepreneurial culture -- which has flourished from start-ups to Fortune 500 companies in the years since the book was published -- sections of Career Warfare, like those dealing with the appropriate etiquette to exercise with both managers and peers, seem dated today.

Yet the book contains many timeless gems, and one of them is a rule that I've derived from chapter six: "It's always showtime." In this chapter, D'Alessandro points out that most of us prepare thoroughly for those pivotal days and events that will impact the way we're perceived, our ability to continue to do meaningful work, and of course, our monetary compensation.

The author then proceeds to diminish the importance of such days. Why? His reasoning is quite simple: Everyone shows up for game day. That's when you're expected to be at your best. Illuminating the reality underlying perceptions at work, D'Alessandro writes:

For the most part, it is not the single Big Event that defines you, but the patterns you establish, brick by brick, over time. It is your day-to-day behavior in a business setting that gives your brand its shape -- how you deal with people, how you make decisions, what your work habits are, what you seem to be good at, and what you seem to be bad at. And no matter what transaction you think is occurring during your workday, and no matter how trivial or boring it seems, there is always another transaction taking place that is about you and the impression you are making.

Personally, I could spend more time mentally rewinding the tape of a given workday to watch myself in action. D'Alessandro elaborates further:

This explains why there is such a tremendous disconnect between the reputations that people assume they are building and the ones they actually do build. People think that their coworkers and bosses are keeping score only on Game Day, not on practice days. Meanwhile, they are constantly on display, the scoreboard is always active, and they can dig themselves such a hole that even a spectacular performance on Game Day won't make up for it.

Many a warrior at the end of a work journey can attest to the wisdom in the quotes above. The simple principle you can derive from them that may supercharge your career? Treat every day as if it were game day.

D'Alessandro's advice is more focused on the impression you leave on others, and the minute and innumerable transactions that define your brand. But if you think about it, treating every day as if it were game day will increase your potential, heighten your engagement, improve your productivity, hone your curiosity, and generally lead to a more fulfilling career.

It's human nature for adrenaline to surge during events that we think will give us an advantage, or, if we underperform, threaten our livelihood. It's why we practice incessantly before important presentations, give 100% on projects that have high visibility within our organizations, and have a heightened sense of awareness going into a high-stakes meeting.

But treating each working day as if the minutes and hours are throwing chalk up on the scoreboard -- in real time -- requires discipline. It's a muscle memory you can only develop with determined application.

If almost every moment is of some consequence, regardless of how small, is D'Alessandro insisting that we should be at the top of our game at all times? Not really. More pertinently, the author wants us to be aware that mundane days demand our best efforts, and are as consequential as the ones that feature the "Big Event." The message is closer in spirit to the universal admonishment of sports coaches, which you've probably heard at least once if you've ever played a team sport: "As you practice, so shall you play."

Want Your Career to Flourish? Understand and Apply This Simple Principle @themotleyfool #stocks Next Article
Current