Hard work will only get you so far on the road to that promotion; you'll also need the right attitude.

No matter your industry, it's natural to crave, or even expect, a promotion after a certain period of time. This especially holds true if you've come to take on added responsibility in recent months, or are clearly a top performer on your team.

Here's the problem though: In any given job situation, it's virtually impossible to promote everybody, and so managers often have to look at the whole picture when deciding who's moving up and who's staying put in his or her current role. In fact, the wrong attitude can easily sway the powers-that-be to deny you a promotion, and instead grant it to someone whose skills might come in second to yours. Here are just a few things you might do, intentionally or not, that ultimately stunt your career growth. 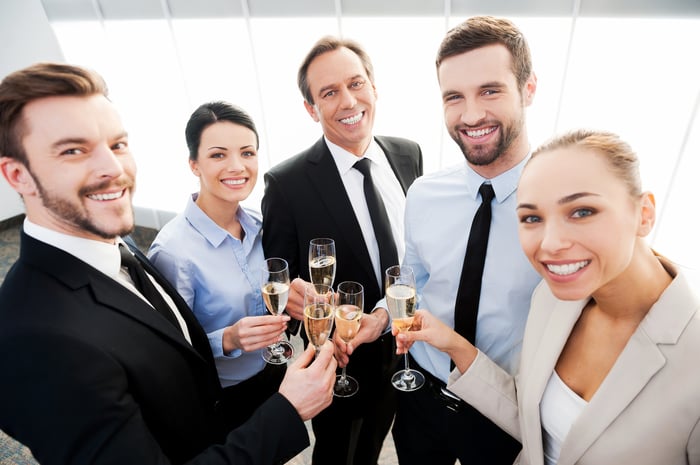 Managers often deal with a fair amount of pressure themselves, so when their direct reports moan about deadlines and demands, they're often preaching to the choir. Yet many employees fail to recognize that by complaining often, they're only burdening the people who will one day be tasked with deciding whether they'll be climbing the ranks.

Not only does complaining make you look bad, but it also sends the message that you're ill-equipped to deal with challenges. And that's not the sort of attitude that's likely to get you promoted. So rather than harp on the negative, adopt a can-do mentality, and take charge of situations that unexpectedly turn stressful. It's the perfect way to show off your leadership abilities and confidence.

Perhaps you scored more sales this past quarter than anyone else on your team. Or maybe you've single-handedly resolved more system bugs than any other tech person in your company's IT department. While those are points that will work in your favor when the time comes to dish out promotions, what won't help is constantly reminding your manager how much of a star player you are. Rather than blatantly seek out recognition for your contributions, conduct yourself with a reasonable degree of modesty, and only bring up your personal on-the-job wins when the timing's appropriate.

For example, if you're at a one-on-one meeting with your boss and he or she asks what you spent the past week working on, you can point to the marketing presentation you finished well before anyone else on your team, or highlight the new software you unrolled several weeks earlier than expected. But if you're talking about other matters, don't awkwardly work in unrelated accomplishments, because that'll make you seem petty. And pettiness is unlikely to get you promoted.

Maybe you're comfortable with public speaking, or have a wealth of knowledge on a specific topic that's been coming up in weekly meetings. But if you're constantly talking over your coworkers or monopolizing the floor during those limited times when you have your manager's attention, you might actually wreck your chances of getting a promotion.

Sure, it's good to show off your expertise and take charge, but if you're clearly shutting others down (or putting others down) in the process, you might come across as someone who's not a team player and can't collaborate well with others. Remember, as you work your way up the ladder, you're likely to encounter more and more situations where you're required to build or manage relationships with colleagues at various levels. Hog the spotlight too often, and you'll end up being that person no one wants to work with -- and that's not exactly a solid formula for moving up at your company.

Of course, none of this is to say that you can't ever voice your dissatisfaction regarding a work issue, or suggest a means of improving a process. Similarly, it doesn't mean you shouldn't make your manager aware of your accomplishments or take the lead during meetings or presentations when you're in the best position to do so. Rather, be perpetually mindful of your attitude as you navigate these and other situations, because if you play your cards right, the next promotion at your company may very well end up being yours.