Job turnover is a major issue for employers that's unlikely to go away anytime soon. With the average worker changing jobs 12 times, on average, during his or her career, it's not unheard of for a company to hire someone only to have that employee move on in a year's time -- or in some cases, even less.

The problem, of course, is that job-hopping can be expensive from a business perspective. There's a cost involved not only in seeking and onboarding new talent, but also in getting employees up to speed. And to have to do it time and time again could constitute a major strain on limited resources. That's why it pays to understand what pushes workers to leave their jobs -- and take steps to improve on those issues. 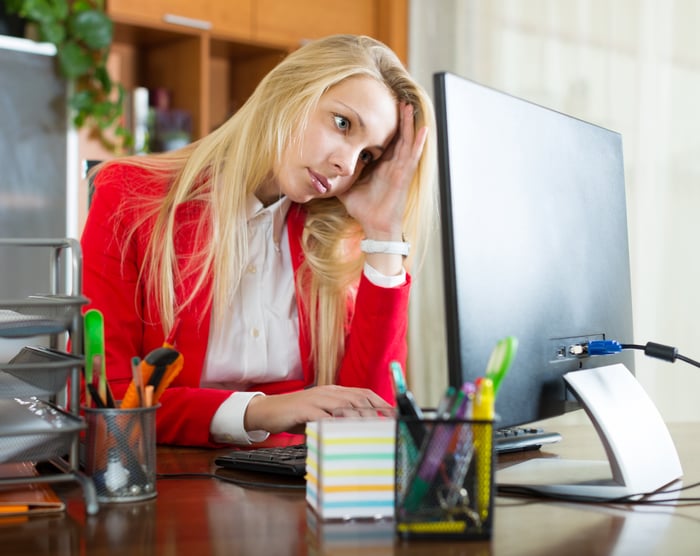 Though there are a number of factors that can contribute to a worker's decision to leave a job, Glassdoor did some research and found that the following three are most influential:

None of these should be particularly shocking, yet a surprising number of companies don't take steps to do better in these categories. If your company needs work in these key areas, it pays to do some re-evaluating -- before you lose even more treasured employees.

Retaining good employees often boils down to listening to and addressing their basic needs. If company culture is an issue, that's something you'll need to work on. Of course, you won't manage to change your office environment overnight -- that's just not realistic. But what you should do is circulate an anonymous survey that allows employees to give honest feedback about their experiences, and then take that data to heart.

Imagine you come to discover that a large percentage of workers at your company feel bullied by their bosses, or think their managers have unrealistic expectations. That's not exactly a culture you want to uphold. Solicit feedback, and take steps to address it -- because if your employees come to dread going to work, they're soon going to take their talents elsewhere.

The next thing you'll need to do to retain your employees is make certain you're paying them fairly. Do some research to see where the local market is at with regard to compensation, and make sure your employees' salaries are up to par. If not, move some numbers around so you have the flexibility to dish out raises. Glassdoor found that a 10% increase in salary raises the likelihood that the typical employee will stay at the same company when moving to a different position, and given the cost of replacing workers, it's an investment worth making if you can swing it.

Finally, re-evaluate your internal chain of command so that lower-level employees get more opportunities to move up. Glassdoor says that for every additional 10 months a worker feels stuck in a role, he or she grows increasingly likely to leave. Though you can't just promote people left and right, you can adopt a policy where you reassess each job title once its respective employee has reached the one-year mark in that particular role. Along these lines, do a yearly evaluation to ensure that your employees' job titles actually align with the work they're doing. If you have someone who's doing the job of a manager but still has that associate title, he or she is apt to grow antsy, bitter, or both.

The more in tune you are with your employees' needs, the better your chances of retaining the folks who help keep your business running. If worker turnover takes a turn for the unfavorable at your company, it's time to reassess your culture, compensation structure, and internal hierarchy. Even a few small changes could spell the difference between losing key people and keeping them around for the long haul.