Please ensure Javascript is enabled for purposes of website accessibility
Log In Help Join The Motley Fool
Free Article Join Over 1 Million Premium Members And Get More In-Depth Stock Guidance and Research
By Glassdoor - Dec 10, 2017 at 11:33AM

And the question on everyone's mind: What's it like working with Elon Musk?

When you learn that SpaceX's mission is to make humans multi-planetary, it might sound kind of crazy. But, as Vice President of Human Resources at SpaceX Brian Bjelde points out, people used to think that a private company being able to develop and launch a vehicle into orbit was crazy, too.

"Today, we've got 19 launch vehicles that we've flown back from space, and three that we've reflown," Bjelde says. "We're starting to turn the critics into fans."

SpaceX's biggest fans of all, though, might just be their own employees. For the second year in a row now, SpaceX has been honored as a Best Place to Work in Glassdoor's annual Employees' Choice Awards. And with a rating of 4.3 out of 5 and hundreds of glowing reviews, it's not hard to see why. 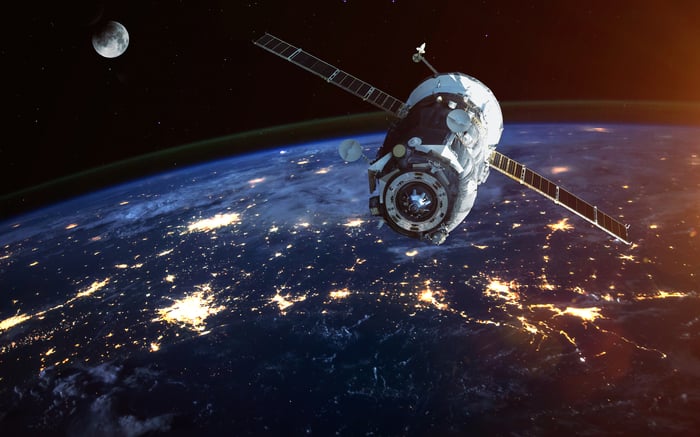 "The stuff you get to see here will blow your mind. Every day. People here are friendly, super smart, and dedicated to SpaceX's mission of enabling space exploration and human life on Mars," says one current Software Engineer. "I wake up every morning knowing that I'll be proud to have been part of something like this."

So what's it really like inside the company on a mission to Mars and helmed by Elon Musk? Glassdoor's Emily Moore caught up with Bjelde to find out.

Glassdoor: Many companies struggle to get enough candidates to apply for their open positions. At SpaceX, I imagine you have the opposite problem. How can a candidate stand out from the many other applications you receive?

Brian Bjelde: People articulating the exceptional things they've done really helps them stand out. Year after year, as awareness of SpaceX's brand, mission and success grows, so does the interest in being a part of it. The number of applicants has drastically gone up, but we always welcome candidates to apply. We're out there looking for people that want to help us achieve that goal of making humans multi-planetary.

I distill what we're looking for in candidates down to three items: passion, drive and talent. In general, we ask our hiring managers and the employees that we've selected to be part of the interviews to always be focused on hiring people better than themselves. If you're given the opportunity to grow your team and you seek out someone better than yourself, then you're going to make the company better.

We've also noticed that one of the best indicators of a candidate's ability to perform the tasks we're hiring them to do is to give them a practical examination of sorts. If you're hiring someone to be a world-class welder here, then we actually bring them in as part of the interview and give them a welding assignment to understand their talent with this task. We do the same thing with our engineering groups, and with any role in which the work activity can be distilled into a practical examination.

Glassdoor: Do you have any interview questions in particular that you like to ask candidates?

Brian Bjelde: We challenge our teams to be very prepared for interviews, and that means not just looking at a candidate's resume as you arrive in the interview room and proceeding to ask them questions about it. Resumes gauge the ability to write a bulleted list of achievements, and that's not always indicative of success -- the resume is not going to be sitting in the seat doing the work on Monday. We also seek to understand what they didn't put on the resume, the items people tend to not want to brag about in an interview -- things like what failures they experienced along the way and how they worked through them.  We really want to figure out, what makes the person tick? What motivates them and makes them do their best work? How do they like to be challenged?

Being able to grow our teams is a privilege and we take the interview process very seriously to ensure that both the candidate and interview team feel like it is a great experience and ultimately a great fit for any hiring decision. We were very flattered to have been recognized by candidates in Glassdoor's 2017 Best Places to Interview list.

Glassdoor: How would you describe the culture at SpaceX?

Brian Bjelde: Hyper mission focused: We're trying to make humans multi-planetary. Years ago, we would say that and people would think we were crazy -- but years ago, people also thought we couldn't launch a small launch vehicle into Earth's orbit, and we did that. As I speak to you today, we've got 19 launch vehicles that we've flown back from space, and three that we've reflown. We're starting to turn the critics into fans.

The employees here are incredibly passionate about what they do, and they're driven to make our mission a reality. No matter what your role is, whether you're the chief engineer or the barista serving coffee to our fellow employees, everyone is connected and contributing to that long-term mission. When we see each launch, we all feel the sense of purpose and direct connection to the mission.  Everybody together celebrates it -- you know your contribution, in some fashion, contributed to achieving that success. There's a huge sense of camaraderie and teamwork, unlike any other company I've worked for.

With Elon [Musk] and Gwynne [Shotwell] providing that vision and the hyper-focus that we all follow, it's a really powerful force and a key element of our culture.

Glassdoor: What are some of the cool, unique perks and benefits that you offer at SpaceX?

Two words, Rocket Launches -- to see the smoke and fire and feel the engine thrust reverberating in your chest, and be able to bring your family to experience that with you -- super cool and very memorable. It's all about that sense of pride and being able to share it.

Another differentiator is the ability to work with truly exceptional people. SpaceX's bar for hiring is very high. We hire remarkable people for all the different roles. It's very motivating to be able to say that everyone around you is an A-team player and it pushes you to bring your best in every day.

Glassdoor: Okay, I have to apologize in advance for this last question because I'm sure you get it all the time, but I'm very curious: What it's like to work with Elon Musk?

Brian Bjelde: It's great! I truly believe he embraces what leadership is, and part of being a leader is working for your people. We're not all here to serve Elon Musk and his needs -- rather, he's there to serve ours. When he set the course, he pointed the vector toward Mars. His job is to help us amplify the magnitude of that vector -- to cut all the red tape out of the way, and enable us to make as much progress as we can every day toward the mission. It's rare, and it's a breath of fresh air to have a leader who sincerely cares. It's not about the bottom line or making a dollar to him -- it's about the mission.

I think it's reflected by him being nominated by Glassdoor as one of the top CEOs in the world.

This transcript has been lightly edited for clarity and concision.