Sometimes, even hardworking, dedicated employees can suddenly find themselves out of a job through no fault of their own. All it takes is a new boss, a personality clash with a current manager, a companywide restructuring, or a bad financial spell to go from a steady paycheck to a bout of unemployment.

You'd think that in today's relatively healthy job market, job security wouldn't be such a major concern. In reality, however, it's very much on workers' minds, especially younger ones who aren't as established in their careers as their older counterparts. In fact, 24% of millennials worry about job security, according to a new report by Allianz Life. 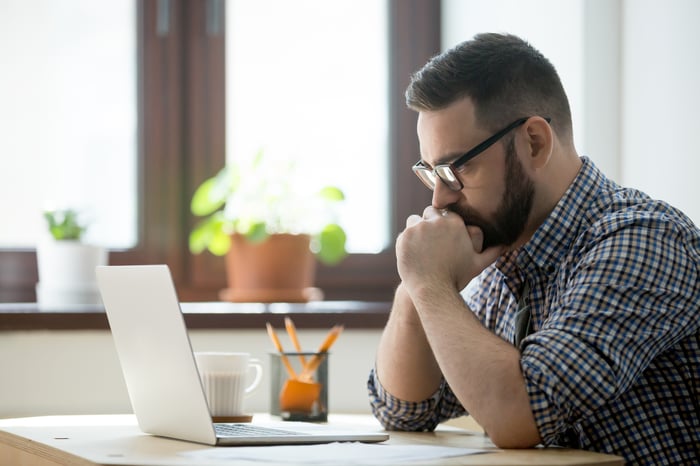 If the thought of losing your job is keeping you up at night, there are steps you can take to mitigate that concern. Here are four of them.

It's fairly easy to terminate an employee who does one specific task that can be handed off to someone else following his or her departure. But when you're heavily involved in many key projects, particularly those that are companywide, letting you go becomes a lot harder, as your boss is apt to struggle to find the right people to take over in your absence. Along these lines, the more high profile your assignments are, the trickier it will be to find people who are willing to take them on if you were to be let go. While jumping in on those difficult tasks does mean putting yourself out there, the upside is that it could buy you the job security you crave.

2. Have a skill or two no one else at your company possesses

You're probably not the only person at your company who's intelligent, disciplined, and hardworking. But if you're the only person on the IT team who knows a particular coding language or holds a specific certification, your company might hesitate to choose you as the person to terminate should downsizing become necessary. That's why it always pays to have at least one important skill that no one else in your company has. In doing so, you'll make yourself uniquely valuable, so much so that it might spell the difference between getting laid off and staying on board.

You probably know that establishing a solid relationship with your boss is a good way to protect yourself should things go south at your company. But it's not just your own manager you should focus on. Rather, strive to collaborate and develop relationships with managers who oversee other teams. If those folks think highly of you and your boss is forced to make cuts, another manager might step in with an opportunity on his or her team, thereby keeping you employed when you otherwise wouldn't be.

4. Have a positive attitude

It takes a certain type of person to maintain a positive outlook in the face of upheaval and stress. If you establish a reputation for being that employee who embraces challenges and doesn't grumble about last-minute deadlines, it'll be a point in your favor should the need to downsize at your company arise. After all, your boss would no doubt rather retain an optimistic, cooperative worker than someone who constantly makes a fuss and spews negativity.

Let's be clear: If the situation at your company turns truly dire, you might find yourself on the wrong end of a layoff even after following the above advice. But if you want to reduce your chances of being let go, get involved in companywide projects, have a unique skill, get to know important players in different areas of the business, and put a smile on your face. These moves will go a long way toward buying you more job security than you may have started out with.