You can help close your own gender pay gap, too.

According to a new study from Glassdoor's Economic Research team, the unadjusted pay gap between men and women has been improving. The report, Progress on the Gender Pay Gap: 2019, reveals that although significant pay gaps remain between men and women, the pay gap has narrowed slightly in the U.S., U.K., France, and Australia, showing improvement since  Glassdoor's 2016 study. The 2019 study, which offers new gender pay gap data on Canada, the Netherlands, and Singapore, is based on more than half a million salary reports shared on Glassdoor by employees over the past three years, and includes pay data down to specific job title and industry. 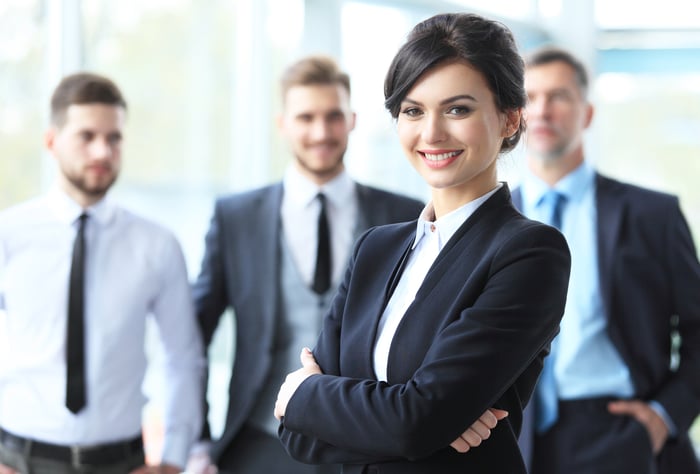 Today, the unadjusted pay gap between men and women in the U.S. is 21.4 percent, meaning women earn, on average, $0.79 for every $1.00 men earn. Glassdoor chief economist Andrew Chamberlain said:

Over the past three years, company leaders, politicians, celebrities and more have called for an end to the gender pay gap. Glassdoor's comprehensive study put those words to the test to reveal that slight progress has been made to close the gap. Though a promising sign, it should not detract from the larger fact that significant pay gaps remain around the world, even after controlling for workplace and job factors ...   Leveraging Glassdoor's unique salary and pay database, we're shining a light on the factors that explain the documented differences in pay between men and women and, perhaps more importantly, where unexplained barriers continue to slow the march toward pay equality.

Closing the gap for good

Over the past three years, the gender pay gap has improved slightly, but the fact remains, there are still significant gender pay gaps. As Glassdoor economists discovered, we are decades away from reaching pay equality -- the optimistic estimate is 2035; however, conservative estimates lean toward the year 2070 for the year the gender pay gap would close in the U.S. if recent trends continue.

In other words, if it could take more than 50 years to reach equal pay, that means a 22-year-old worker in the U.S. starting their career today would be 73 before seeing equal pay.

So where can we invest to close the gender pay gap for good?

We found that though the majority of the gender pay gap can be explained by worker differences (age, education) and by the sorting of men and women into different industries/occupations, 36 percent of the pay gap remains unexplained. This is due to things we can't observe in our data such as:

Given this, there are three areas to consider to help close gender pay gaps everywhere.

How to get paid fairly

The best way to use this information is to understand it, share it, and know the facts when it comes to negotiating pay -- especially in those fields where we see large remaining pay gaps. Women generally negotiate less often than men, but research shows they negotiate at the same rate when there is better transparency (i.e., when they are told that others have negotiated as well). Glassdoor has a number of free resources for employees to use when negotiating pay, including our free salary calculator and negotiating guides.

The goal of this study is to encourage dialogue about gender pay differences. It is healthy for women to be skeptical of pay offers, and to use facts and research to fight for the best deal they can get. This study shows the gender pay gap is an undeniable fact in the labor market, which we hope motivates more women to use Glassdoor and be tough negotiators for the salary they deserve.

If you've used Know Your Worth or have found out your company has a gender pay gap, it might not feel great to know that you're underpaid -- but there's power in that knowledge. Now you can act on this information by asking for a raise. For bests results, follow these steps.

Hopefully, the conversation goes well, but if it doesn't, try not to despair. If your current employer won't pay you what you deserve, know that there are plenty of other companies out there that will -- it's just a matter of finding the right one.