Choose the position that's right for you -- even if it isn't a move up.

Sometimes, the field you studied in school doesn't turn out to be the perfect career fit. Or you spend many happy years in a certain part of the business, but eventually you're no longer fulfilled.

It's easy to feel stuck, and making a big career change can be daunting. 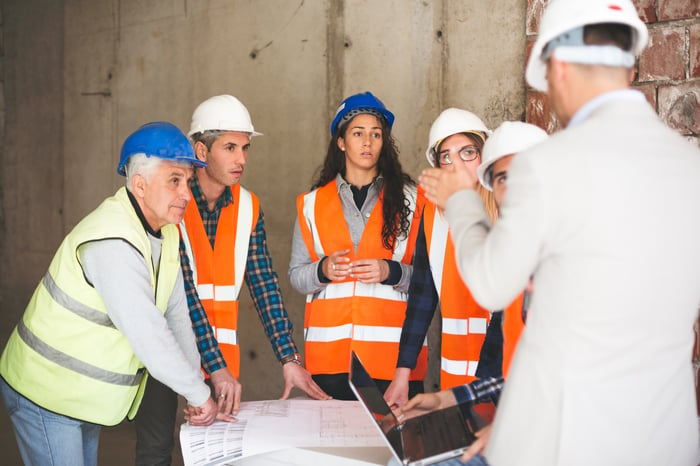 But Lisa Alteri, chief people officer for Kraft Heinz U.S., is a firm believer that big career changes are possible at any point. The keys to success: Lean into your curiosity, and embrace the power of the lateral move.

"It's hard to quell that evil ego," Alteri says. "In general there's an obsession about titles because title is associated with status, and that's where the ego comes in. But you as the individual care so much more about the title than your current or future organization does. And those lateral moves can bring so much more than a title."

Alteri knows that well: She started her career decades ago in finance and enjoyed great success. Then she pivoted to sales and rose quickly through those ranks, too. And most recently, in October 2018, she moved to the people function in her current role as U.S. chief.

"It's something I try to encourage within people when it comes to their performance: Don't think of moves as just about moving up – think also of moving laterally," says Alteri. It doesn't have to be as hard as you might think, she adds. Here's how to make that big career move (or moves), and feel fulfilled at work again.

Lean into your curiosity, and embrace the power of the lateral move. -- Lisa Alteri

This is Alteri's key piece of advice throughout your career-change journey. "If you're really interested in something, chances are you'll be good at it," she says. "So you'll have the perseverance and drive to keep learning."

But how can you discover that curiosity, especially if you're feeling uninspired in your current position?

For Alteri, the answer lay in her exposure to different parts of the business while working in finance. Among other positions, she served as an analyst at General Electric's manufacturing finance division, and later in operations finance and regional business management at Kraft.

"I did almost every possible rotation in finance, and the more I did that the more curious I became about those other aspects of the business," Alteri says.

Your job may not offer that kind of exposure, so it's also smart to seek advice from trusted managers or mentors. They may be able to place you on cross-functional projects, or at least offer advice about how to explore your next step. In Alteri's case, a mentor at Kraft served as the catalyst for her first big career move. Had Alteri ever explored other functions, he asked, such as sales?

"Nobody in finance ever considered a functional move to sales," Alteri says, laughing. "It was known as 'the dark side'!"

After the conversation with her mentor, Alteri made connections with senior leadership in sales, and she ultimately accepted a role that was two pay grades below her finance position.

"I realized that I didn't have the experience in sales that I did in finance, so I shouldn't expect I would be at the same level there," Alteri says. "To be honest, even as I think now about all the different roles I've had over my career, that was the hardest, scariest step to take."

Alteri had to start all over, but once again, she proved herself in Kraft sales: She rose from roles like customer business manager positions at different grocery chains, to national director of sales planning and strategy of the entire grocery business unit, and ultimately to vice president of sales for the beverage business unit.

"It just shows that it's OK not to know everything at first," Alteri says. "There's a rush of excitement when you make a change, and that can carry you through."

Be honest with yourself about whether you want that promotion

That feeling of excitement -- or lack thereof, at times -- can be another important guide, Alteri says. As she had risen to sales VP for Kraft's beverage unit, the obvious next step was for Alteri to become the head of the U.S. retail operation.

"It was the natural progression, but I've never managed my career in a linear fashion," Alteri says. "My sanity check has become: Does this give me an adrenaline rush, the butterflies in my stomach?"

So don't work toward, or accept, promotions in your current field simply because it's "just how it's done." At each point, assess how you really feel about the role and whether you feel excited to continue down that path.

For Alteri, the U.S. retail chief role just didn't feel right. She reflected instead on what gave her those adrenaline-fueled butterflies.

"At this point and level in my career, every role I'm in is really a people-managing role," Alteri says. "That thought gave me butterflies because I recognized functionally I didn't have the people experience. I'm lucky to work for a company that truly does live by pursuing your curiosity, so it was a good time to have that conversation with senior leadership."

Make the case to leadership

Kraft ultimately created the role of U.S. chief people officer for Alteri, who stepped into the position in October 2018.

But not all companies may be as receptive to conversations about 180-degree career moves, Alteri notes. In that case, it's on you to make your case.

"Especially if you're in a traditional, hierarchical organization, you need to show you have a track record of delivering, of success," Alteri says. "But that's just the first step, the table stakes that are the price of entry."

To convince the company you'll likely need to go several steps further, explaining why the move makes sense for the organization at large and how you've built colleagues' trust in your capabilities over the course of your career there.

But before you march into the boss' office, ask yourself a few questions first -- and be very honest with the answers, Alteri says.

"Can you look at yourself in the mirror and state what your legacy is?" Alteri says. "How is this organization better for you having been there? That's the gut check. If you can't confidently state your legacy, you likely need to do that work before you move to the next step."