Sexual harassment occurs when someone -- a friend, a co-worker, that stranger on the subway -- makes unwanted sexual advances toward you. That includes requests for sexual favors or verbal, physical, or visual harassment. 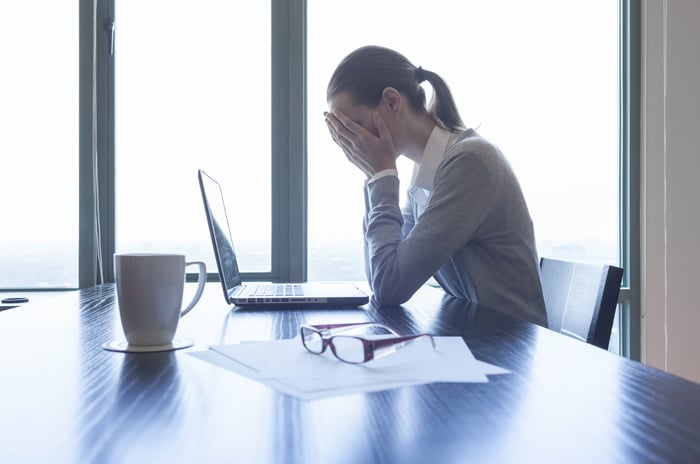 In the workplace, sexual harassment can be done by anyone or happen to anyone (manager to employee, intern to CEO, straight man to gay man, woman to man, etc.), and it doesn't necessarily have to occur during a one-on-one interaction. A suggestive joke made among co-workers chatting in the break room counts if it contributes to a hostile work environment.

Most women are familiar with sexual harassment in some form or other. (If you've been catcalled, you've technically been harassed.) In fact, according to the Institute for Women's Policy research, it's estimated that almost a quarter to more than eight in 10 women will experience sexual harassment in the workplace at some point in their lifetime.

Those stats are bleak, but take heart: You have the legal right to take action if you've been or are being sexually harassed, and more and more often, companies that have covered up sexual harassment claims have faced an onslaught of public criticism. Things are changing, albeit very slowly.

While society is sorting its priorities out, let's see what you can do to empower yourself if you experience unwanted advances. Here are some of the most frequently asked questions about workplace sexual harassment -- from how to spot it and address it to industries that experience it more often than others.

What are my rights?

Title VII of the Civil Rights Act of 1964 prohibits employers from discriminating on the basis of sex, race, color, national origin, and religion. Sexual harassment sits beneath the sex discrimination

umbrella in that Title VII protection. Generally, if you're experiencing any kind of unwanted sexual advance (verbal, physical, written), you are protected. It can also include offensive remarks about your sex.

The law also protects employees from retaliation from filing a charge of discrimination or for participating in an employment discrimination lawsuit.

Title VII applies to all federal, state, and local governments as well as employment and labor organizations.

What type of jobs see the most sexual harassment?

You can experience sexual harassment in any role, but some jobs lend themselves to more instances of harassment. These are a few scenarios the Institute for Women's Policy Research flags as top contributors to workplace discomfort:

How can companies prevent sexual harassment?

It's important for companies to address sexual harassment clearly and consistently.

It's also a good idea to talk to your employees often to get an idea of how your workplace culture is shifting. And don't forget that all complaints are worth investigating. That's important.

How do I know if I'm being sexually harassed?

In general, every type of sexual harassment in the workplace can be divided into one of two categories:

Examples of each can be far-ranging, but it's important to remember that all harassment is harassment. In the workplace, there's no "better" or "worse." There's just "wrong."

Here are a few examples of sexual harassment in the workplace we've seen before:

What should I do if I'm being sexually harassed?

Address it immediately. If a co-worker makes an off-color comment about your legs once, and you think they've crossed a line, say something like this:

Please don't talk about my body that way. It makes me uncomfortable.

You're making me uncomfortable, please stop.

If the comments continue, however, you need to take more thorough steps to address the problem:

If that doesn't work, you have a bigger fish to fry. Keep reading.

Will my harasser be fired if my employer takes action on my claim?

Not necessarily. Unless the claim shows consistent sexual harassment or is a severe case, your harasser will probably receive special training or will be transferred from your department.

What's important to remember here is that whether they are fired from their job or not is not your responsibility. Sexual harassment is wrong, you have the right to be free from such advances.

Will I have to be part of an investigation if I report?

Yes. It's your employer's duty. Your co-workers might have to answer a few questions. Your harasser might find out you reported them. These are both possibilities.

Should that stop you? That's your choice, and there's no fault on you if it does. That's a lot of drama to deal with day-in and day-out.

The alternatives aren't great, though: You'll either have to continue dealing with the harasser, or you'll have to start looking for another job to escape them.

What do I do if my employer doesn't act on my sexual harassment claim?

If you've tried all the internal company routes and your employer still isn't addressing your sexual harassment claim, it's time to talk to the EEOC. They'll investigate your claim in-depth (employers hate that).

You should file a claim using the EEOC's online portal. Submit all the information you have about your situation. After that, they'll review your inquiry and interview you to determine whether you can file a harassment charge.

After investigating, the EEOC may serve as a mediator between you and your employer to try to get you both to reach a settlement.

If your employer refuses to settle or the sexual harassment doesn't stop after the mediation, you should Request a Notice of Right to Sue from the EEOC. Don't get fed up and skip this step, as it's important to your case: It proves you tried to go the EEOC route and nothing came of it.

Once you have the notice, you can sue. Get an employment lawyer who can help you navigate the specific laws of your state. And if you're worried about money? Don't worry too much. Most employment lawyers will take clients on a contingency-fee basis, so they only get paid if they win. (On the flip side, that can sometimes result in a suit simply reimbursing attorney fees and court costs.)

What if I report the sexual harassment to my employer and they retaliate?

Scroll back up the top, and read your rights again really fast. At every step in this process, you have the right to make a sexual harassment claim. Any employer that fires you, cuts your pay, or finds some other way to retaliate because you spoke to your HR department or got the EEOC involved is in the wrong. You can and should sue them for damages.

If this happens, the EEOC can help.

What if I really want to quit?

You can, but if you're going to sue, you need to wait to quit your job until you go through the EEOC process. Quitting in the middle of a company claim or the EEOC investigation could jeopardize your case because you'll no longer be an employee at the company, and therefore, not protected. That means you likely won't have a lawsuit anymore.

What should I do if I witness sexual harassment?

Advocate for your co-worker, either in the moment or by taking steps to ensure their safety and comfort in the office.

We're all adults. This all seems unnecessary. Who cares if I make a sexual joke or two?

Quick answer: You don't know who cares, and that's why educating yourself on matters of sexual harassment is important. What's funny or appropriate to you might not be to someone else. (For the record, touching someone without their consent is never appropriate. Ever.)

So, on behalf of all women, it's safe to say, the joke is probably not that funny.