Please ensure Javascript is enabled for purposes of website accessibility
Log In Help Join The Motley Fool
Free Article Join Over 1 Million Premium Members And Get More In-Depth Stock Guidance and Research
By Glassdoor - Feb 9, 2020 at 8:00AM

Bombing a job interview may not mean you're out of consideration.

Just wrapped up a job interview that couldn't have gone worse? Don't freak out yet. Plenty of candidates thought an interview went terribly, and lo and behold, found out they scored the job in the days or weeks afterward. It might sound like a rare occurrence, but it happens more often than you'd think. To come out on the other end with a job in hand, it's all about rebounding as quickly and efficiently as possible, and in many cases, having a little luck and a compassionate interviewer on your side. Here are three stories of bombed interviews that had happily employed endings. 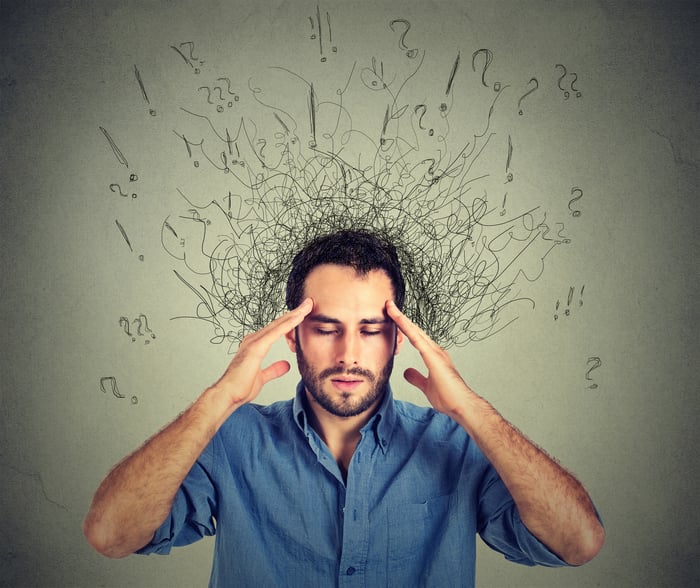 When, Lyn Alden, an engineer and investment strategy writer, applied for a junior aviation research job and hadn't heard anything from the company two months later, she assumed she didn't get the job. Then, out of the blue, she got word they wanted to set up a phone interview. "At that point, I had focused on so many other opportunities that I no longer had much interest in this one," she says. "But, to be polite and keep my options open, I scheduled the phone interview." But the call wasn't exactly smooth sailing. "My heart wasn't in it, and my performance was lousy. I was lying on my bed chatting on the phone with no notes or anything in front of me, like I was talking to a friend instead of an interviewer. I had very little knowledge of the organization I was interviewing for, and was way too casual."

Then, the interviewer told her that the job involved computer programming. She was honest and said she had only taken one programming class in college and didn't know much about it. In fact, she said she would need a mentor who would be willing to get hands-on in order to do the job duties that were on the table. "The interviewer asked me if I had other questions, so I just asked him about a few things he was working on out of curiosity, just chit-chatting," Alden remembers. "I didn't try to market myself, and didn't make sure to put myself in the best possible light. Instead, I was casual and brutally honest. When I was finished, it seemed pretty clear to me I wouldn't be picked. The interviewer was polite but didn't sound interested at all. I felt like I wasted his time."

Alden was shocked when within a week, she received a job offer. Looking back, she thinks that due to her lack of preparation, she actually ended up being more confident than usual, quite honest about what she could and couldn't do, and upfront about what kind of support she would need in order to get the job done. Clearly, her interviewer liked her pragmatic approach.

Once she started the job, Alden worked hard to impress her interviewer, who ended up becoming her boss. "I wanted to show that I was a lot more diligent and hard-working than I came off as in the interview. Before starting the job, I researched the organization thoroughly. Once I was there, I spent some of my evenings learning to code at a higher level so that I could perform better during the workday." It's safe to say her efforts paid off; Alden has been working at the same company for the past eight years in increasingly senior positions.

Yes. This really happened, and she still got the job. "I was interviewing for residency positions as a doctor just out of medical school," says Wei-Shin Lai, M.D., CEO of sleep technology company AcousticSheep. "I had a bad head cold and was coughing a lot. For lunch, the interviewers took the potential residents out to a really nice restaurant, and I ate lot of shrimp in vodka sauce. When we went back for our afternoon interviews, I got into a coughing fit and literally threw up on my nicest suit, sitting across from the interviewer. I was embarrassed but just used a tissue, cleaned up, and carried on with the interview."

Sounds pretty disastrous, right? Well, Lai was accepted as a resident at that hospital, and she's pretty sure she knows why. "I think they let me in because one, they were medical professionals, so vomit is not a big deal, and two, they saw that I was mortified but maintained enough composure to push through the rest of the day." In other words, they saw firsthand that she was able to perform even when she was clearly not feeling her best.

There's nothing worse than circumstances you can't control ruining your dream interview, and that's exactly what happened when Jena Viviano, who is now a career coach, interviewed for a business analyst position at the New York Stock Exchange. "The interview was at 8AM, and the night prior I had been working in my investment banking job until 2AM on a project. That wasn't the first night that week I had been at work past midnight, either. I went into the NYSE absolutely exhausted with my BlackBerry blowing up from all the people emailing me at my current job." Needless to say, she went into the room unprepared and off her game. "When one of the managing directors asked me a question, I started tearing up because I couldn't think straight. Then when she asked me a technical question that I usually would've been able to answer, I just turned to her and said, 'I just really have no idea.' Not my proudest moment."

"Between the crying, the exhaustion, the inability to answer simple questions, and my heel breaking right before I stepped foot into the building, it's amazing to me that I got the job," she says. Still, the interviewers saw something in Viviano that convinced them she was a good fit. "Though they didn't specifically tell me, I think it was a combination of my authenticity, coachability, potential, and strong enough background that they wanted to bring me in one more time to see if I would be a good fit. Plus, many of the people I interviewed with understood what I was going through because they too had been investment bankers. I always joked with my boss that he 'rescued' me from investment banking and that I was eternally grateful."

When it comes down to it, all you can do after something goes horribly awry in an interview is try to regroup and give the interviewer an honest picture of who you really are, plus what makes you qualified for the job. If you're lucky, they may just look past whatever snafu happened during the interview -- big or small -- and give you the job anyway. Of course, this is more likely to happen despite a less-than-ideal interview if you have relevant experience and the desired qualifications for the job. And if this particular job doesn't work out? Don't sweat it. Whatever went wrong in your bombed interview, you can chalk it up to a hard-learned lesson you'll never forget.