A recent report shows that the majority of credit card customers were able to get their fees waived or reduced, their credit limit raised, or their interest rate lowered, simply because they asked for it. This can save hundreds of dollars in fees and interest charges over the years. The problem? None of these requests, other than for a higher credit limit, are made by more than one-fourth of cardholders, and just 11% asked for a lower annual fee, despite an 82% success rate among those who did.

Did you know you might be able to get rid of your annual fee?

According to a new report by CreditCards.com, it's a good idea to call your credit card provider if you think your interest rate is too high, your annual fees are too much, or you missed a payment and got hit with a late fee. Specifically, here's what they found out:

Some subgroups of the population were even more successful. For example, younger baby boomers (ages 53 to 62) had a staggering 97% success rate when asking for an annual fee reduction or elimination. 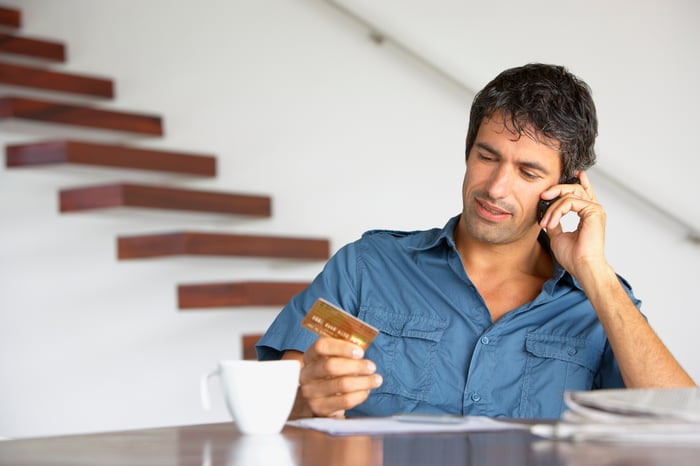 The finding that surprised me the most was how few people asked for these things, particularly the annual fee waiver. Most people just assume that the annual fee is the price of having the card, and is therefore non-negotiable. Because of this incorrect assumption, only 11% of cardholders have ever asked for a reduced annual fee. The findings clearly show this isn't the case, and it seems that the general best practice is to call and say you're thinking about canceling the card because of the annual fee.

Matt Schulz, CreditCards.com's senior industry analyst, says, "People have far more power with their credit card company than they realize. Competition among card issuers is incredibly high these days, and consumer retention is a priority."

Cardholders also don't realize that a late-fee waiver is a possibility, so just one-fourth of all cardholders have asked for this -- although, to be fair, it's safe to assume that some of the other three-fourths of cardholders are never late with their payments. And just 19% have asked for a lower interest rate, again, thinking this is the cost of doing business and is non-negotiable.

These decisions are made on a case-by-case basis and take several factors into consideration. For example, an American Express spokesperson said the company looks at the card member's spending and payment history with the company, as well as credit scores and other debts. In other words, if I charge, say, $20,000 per year on my AmEx card, the company may be making enough money on swipe fees and interest from my purchases that it's willing to waive my annual fee.

The bottom line is that if you're paying annual fees, or above-average interest rates (say, above 15% or so), there's no harm in asking for a fee waiver or rate reduction, especially if you're a good customer from the credit card issuer's viewpoint. The worst thing the issuer can say is "no," and a short phone call could end up saving you hundreds of dollars.