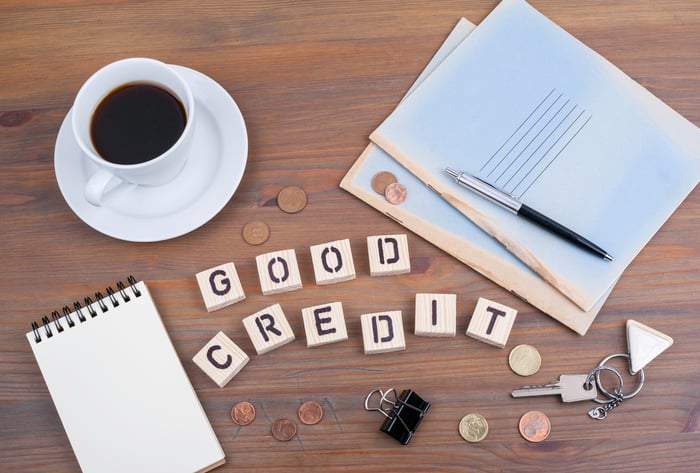 There's a wealth of credit score advice available on the internet, much of it accurate and helpful for people looking to raise their credit scores. But with so much information readily available, we're susceptible to misinterpreting key information, on top of receiving the occasional bad advice.

In the video segment below, The Motley Fool analysts Michael Douglass and Nathan Hamilton tackle this topic head-on by highlighting three misguided credit score tips that American's commonly get wrong. Finding the right answer could get you on the path to improving your credit score. Tune in below to learn more.

Michael Douglass: The internet is full of bad advice. In fact, I feel like that's been kind of a theme of things that we've been talking about in studio is just talking about just bad advice we read online. Regarding credit scores, a lot of bad advice out there about those as well but-

Nathan Hamilton: Some good advice too.

Hamilton: Yeah, I was doing some research recently and came across some various tips and articles, some on message boards where people are looking for personal finance advice. That was the inspiration for this today, but one of the tips I saw was someone mentioning in every scenario to close your dormant cards. Now-

Douglass: So that's a credit card you're not using anymore.

Hamilton: Yup. If it's a card, say, not incurring an annual fee, there's no cost to keeping it open, you actually benefit from keeping that card open as it applies to your credit score, because one factor that FICO measures when issuing your credit score is average age of your accounts. Now if you are closing down that credit card and it's not being used, you are decreasing your total average age. If you just let it sit open, there's no fees to it, there's really no reason to close it down. In those instances, it is a bad tip to say, "Close down that credit card account."

Douglass: Sure. The second one is one that I have read plenty of places.

Douglass: That's to carry a balance to increase your credit score.

Douglass: No, that is not how that works.

Hamilton: Yeah, you can carry a balance. We don't know the exact FICO measurements that they use to grade the criteria for how much debt you're carrying, but generally speaking, if you're below what's called a 10% credit utilization ratio, you're going to have a favorable assessment from FICO on your credit score. What that means is your debt divided by your available credit. 10% would be 10,000 in credit debt, $100,000 in available credit. Now if you go to 5%, it's not really going to do much to your score. If you go to 0%, it's not really going to change your score much. But as you start to increase it, that's when your credit utilization ratio starts to increase, your credit score could see a downward influence on it. The tips that some people have said is you need to carry at least 10% credit utilization to improve your score, but it's just not true. If you're really 10% and below, you're going to get a very favorable rating from FICO for your credit score.

Hamilton: Yeah, and it's important to note the difference between statement date and due date. If you pay your balances off on the due date, your balance has already been reported to the credit bureaus, and your utilization ratio is going to be calculated. If you pay before the statement date and you have a zero balance, you're going to be reporting a very favorable number to the credit bureaus.

Douglass: Right. Thirdly, reviewing your score frequently is something that people often suggest to sort of track on, let's say for example, a month-to-month basis what's going on.

Hamilton: Yeah. There are some even finance providers out there that provide daily credit scores and so forth, but I think it's actually an overkill. Here's why, is just looking at the long-term, if you are taking the right actions with your credit behaviors, your credit score will increase but it takes some time. Payment history accounts for 35% of your FICO score. It's the single largest factor influencing your score. If you pay on time, you get a great score, assuming all the other factors are favorable. If you don't, you can really damage your score very easily.

But payment history takes some time for the scoring algorithms to analyze. If you're looking at your score every day and trying to optimize for one point, or get five points here, or wondering if you're going to lose 10 points doing this, you're not looking at the broader picture and you're, I would actually say, wasting a lot of time on something that's not going to have a big impact on the very near term. It's really just a matter of return on time and focusing on what matters, which is do I have the right credit card behaviors? Do I see my score in the future increasing? That's the important thing to focus on.

Douglass: Yeah. Think of this a lot like investing, right?

Hamilton: Absolutely. That's the inspiration for it.

Douglass: Yeah. When you think about day traders, for example, they're constantly checking their investments all the time, and there's all that extra stress associated with it. That's not a good thing.

Hamilton: And most lose money.

Douglass: Yes, most do.

Douglass: And that's not a good thing. For me, I check my portfolio fairly infrequently. You should have a portfolio where you feel comfortable kind of just letting it go, and when you're on vacation, not thinking about it, and maybe even in the standard week, not thinking about it. Kind of the same thing with your credit score. As long as you're doing the right things, good things will happen long-term. Now of course, that's not to say you shouldn't check your credit score ever.

Douglass: Yeah. You should absolutely check it, among other things to make sure that the right behaviors are actually being reported. From time to time, people's identities get stolen. These are things that happen. But you can do this intelligently, and let's say once a year, as opposed to weekly. We've got a lot more information about credit cards and about credit scores, about thinking about debt, at fool.com/creditcards. Join us over there, and we'll look forward to seeing you there.