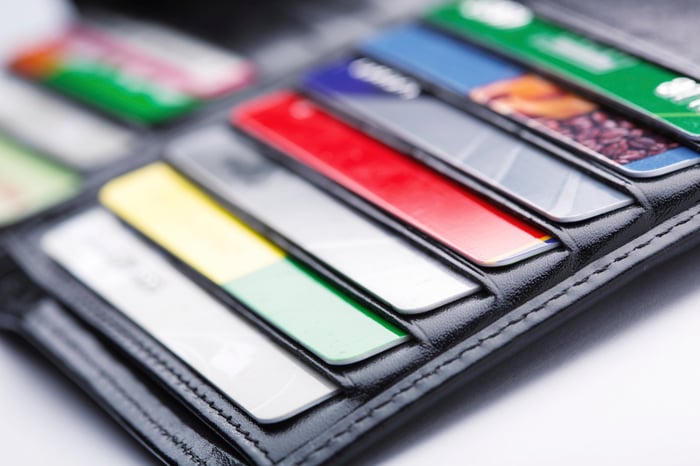 Some credit card sign-up bonuses can bring in a big chunk of extra cash if you take advantage of them in a responsible way, sticking to your budget and keeping your spending in check. How big of a bonus can cardholders expect when applying for a new card, and what terms should you be looking for?

The Motley Fool analysts Michael Douglass and Nathan Hamilton discuss in the video below a few important things to know before applying for that card you've had your eye on. Tune in and then review our list of the best credit card sign-up bonuses for some options to consider.

Michael Douglass: Nathan, we've talked before. There's a big trend toward premium credit cards with these big sign-up bonuses. It's really important that people watch this video before applying for a big credit card with a sign-up bonus, because there are a couple really key things to know. The first one is that some exceptions can be made when you don't meet the spending qualifications on time. Maybe you're supposed to spend -- and I'm making this up -- $5,000 in three months. You spend that $5,000 in a little bit more than three months, usually there's some opportunity to kind of call and negotiate and make that happen.

Nathan Hamilton: Yeah. Just a matter of calling up your issuer and asking, "Hey, can I get a little bit more time?" There are instances where you've seen reports online, if you follow various credit card communities and discussion boards, where people have done that, and the credit card companies have been willing to extend it sometimes up to a few weeks or a month or so forth. If you're ... This is valuable, because you don't want to spend more than your budget just to get a reward, because credit card debt is costly if you're not paying off your balances. If you are able to get more time and still qualify for that sign-up bonus, it's worth reaching out to your credit card company and asking, "Can you extend this qualification period?"

Douglass: Not just your credit card company, right? Call people and ask, because you'd be surprised how many times on cable and cellphones and other things and they're like, "Hey, listen. We'll cut you a $10-a-month reduction," or something like that to make your life easier.

Hamilton: And it feels good.

Douglass: Yeah, absolutely. You made money back. The other thing is, those big bonuses usually come with annual fees, and sometimes it's pretty hefty annual fees. You see that initial $400, $500 bonus, and you're like, "Yes, I want that money." But there's a cost and you have to do that cost-benefit analysis a little bit here.

Hamilton: It's important to look at general ranges of what you can expect. If you're looking at a credit card bonus that's generally $100 to $200, there are many offers on the market that are $0 annual fees.

Hamilton: Once you start to creep above that amount -- when you get into the $400, $500-plus categories with sign-up bonuses -- that's where the fees start to kick in. And generally, there are many competitive cards from major national issuers that have bonuses within that range where there is an annual fee below $100 and it's waived in the first year. Just paying attention to it, and as you creep above that bonus range, you're starting to get into the premium territory where there are credit card bonuses that are above $1,000, but they have higher spending requirements, they have several-hundred-dollar annual fees many times that aren't waived in the first year.

Douglass: Right. It's sort of a bait, almost, to kind of get you in. It makes sense. That's how they make their money, and they want to scratch your back so that you'll spend with them. The other thing is -- and this is just again good credit card advice -- APRs, particularly with these premium cards, will tend to be very high, so keep your balances in check, and if at all possible, keep them paid off always.

Douglass: Which is crazy because ...

Hamilton: Yeah, because you've got a higher risk category with students, typically lower credit scores, and you want to be compensated with a higher interest rate, but of course, there's a trade-off between perks, interest rate, and so forth. It's a business. Credit card companies have to make money somehow. That's the trade-off you see. If you are carrying debt on a cash-back card, just keep that in mind, and it really puts the point home that earning rewards, you're being a transactor to just spend money, pay off your balances each month, and avoid interest charges and get the full value of cash-back rewards, you're going to get the benefit in that case.

Douglass: Yeah. You want the credit card paying you, not really the other way around.

Douglass: In terms of like paying interest wherever possible. Fortunately, we've got a lot of information about sort of how to look through those calculations and really think through what makes the most sense at fool.com/creditcards. We've also got our picks for the best credit cards for 2017 and our best in several categories as well, so there's a lot of good information there, so check us out. Again, that's fool.com/creditcards.