By now, you've probably heard about the Equifax data breach. According to the company, 143 million U.S. consumers' personal information was compromised, and many Americans are understandably upset by this news. 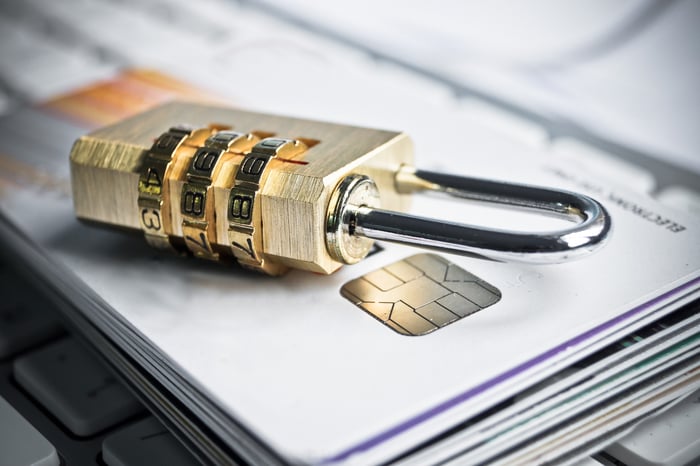 What is a credit freeze?

However, it's important to be aware that freezing your credit doesn't eliminate the need for frequent credit monitoring, especially if you were one of the over 200,000 people whose credit card numbers were compromised. A credit freeze is highly effective against new credit being opened in your name, but doesn't do anything to prevent thieves from fraudulently using your existing lines of credit.

How to freeze your credit

To freeze your credit, you'll need to contact each of the three major credit bureaus directly:

You'll need your name, current address, birthdate, and Social Security number to initiate a credit freeze. Depending on where you live, there may be a small fee (generally $10 or less per bureau), although Equifax has agreed to waive its credit freeze fees until November 21, 2017 as part of its response to the data breach.

Each bureau, upon processing your freeze request, will send you a letter containing a PIN, which you'll need when you eventually decide to lift the freeze.

Things to know about credit freezes

For one thing, a credit freeze doesn't necessarily prevent you from opening a new credit account, or otherwise allowing a lender, employer, landlord, etc. to check your credit. However, you'll need to temporarily lift the freeze to do so, which can take a few days, and often comes with a fee.

Another point worth mentioning is that a credit freeze will have no effect on your credit score, and you'll still be able to access your own credit report if you choose to do so.

Finally, although the data breach only affected Equifax credit files, it's important to point out that many creditors only check one of the three bureaus' reports when opening a new account, so simply freezing your Equifax credit report doesn't necessarily prevent identity thieves from using your information to apply for credit in your name. For the most effective results, you'll need to freeze all three.

One potential alternative to a credit freeze is an initial fraud alert. Doing so is completely free, and you'll only need to contact one of the three credit bureaus, and they're required to inform the other two.

Instead of preventing creditors from accessing your credit report, a fraud alert requires creditors to take additional steps to verify that it is actually you trying to open the account. For example, you may receive a phone call or a request for a copy of your driver's license before a new account can be opened. An initial fraud alert remains active for 90 days, and can be renewed or cancelled as needed.

To be clear, a fraud alert isn't as effective as a credit freeze, but it certainly makes it more difficult for thieves to open fraudulent accounts in your name.

The bottom line on credit freezes

To sum it up, if you plan to use your credit in the near future, or want the ability to apply for new credit as you see fit, a credit freeze may not be the right move for you. Sure, you can temporarily lift a credit freeze, but if you're going to be actively using your credit, this can be a major inconvenience. If this is the case, an initial fraud alert combined with frequent credit monitoring could be a better protection plan.

However, if you don't plan on applying for any new credit in the foreseeable future, a credit freeze can make it next-to-impossible for a criminal to open a new credit account under your name. While a credit freeze does have its limitations – specifically, it doesn't prevent a thief from using your current credit accounts – it's the most effective way to "secure" your credit report.

Worried About the Equifax Data Breach? Here’s How to Freeze Your Credit @themotleyfool #stocks Next Article
Current