That's because lenders make credit decisions on credit cards, mortgage loans, and other accounts based on FICO credit score ranges, thus grouping all of the people in one range as having a similar risk profile. Therefore, a credit score is more likely to be used to indicate whether a borrower is a "good" or "excellent" risk rather than by comparing one score to another.

A FICO credit score can be as low as 300 to as high as 850. But there are breakpoints, or ranges, that are generally grouped together. Thus, someone with a 760 score may be considered on par with someone who has an 801 score, for some purposes. 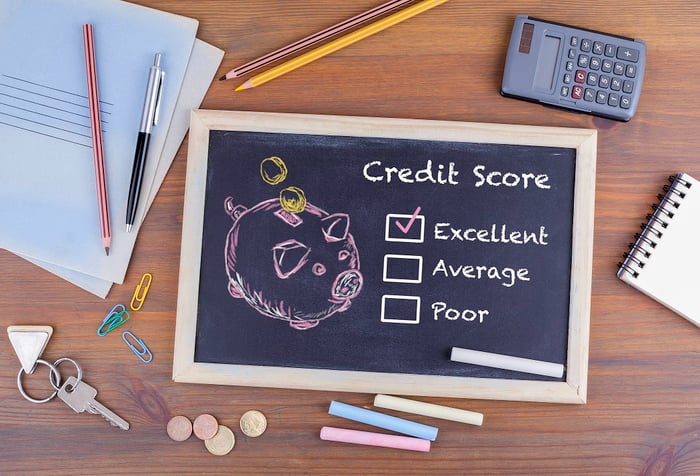 According to Experian, one of the three major consumer credit bureaus, scores can be broken down into the following ranges:

Realistically, a 700 score might qualify you for credit cards designed for people who have excellent credit, but a mortgage lender might be more wary about lending to someone who has a 700 score. This is because the importance of a credit score depends highly on the profitability of any given loan.

As I write this, 30-year mortgage interest rates are teetering at about 4%. Meanwhile, the average credit card carries a rate of about 14%. Not surprisingly, banks are willing and able to be more lenient with credit cards than they are mortgages. Since mortgages accrue interest at 4%, banks can't afford many bad loans. On the other hand, the 14% interest rate on the average credit card leaves a lot of room for late payments and loan losses.  It shouldn't be surprising to learn that the majority of borrowers who closed on a conventional mortgage had a credit score of 750 or higher in August 2017.

According to data shared by the FDIC, credit score ranges do a very good job of predicting the likeliness that a borrower becomes delinquent on an obligation.

One last way to look at credit score ranges is to see how your score compares to the scores of all Americans. The chart below shows the distribution of Americans' credit scores. 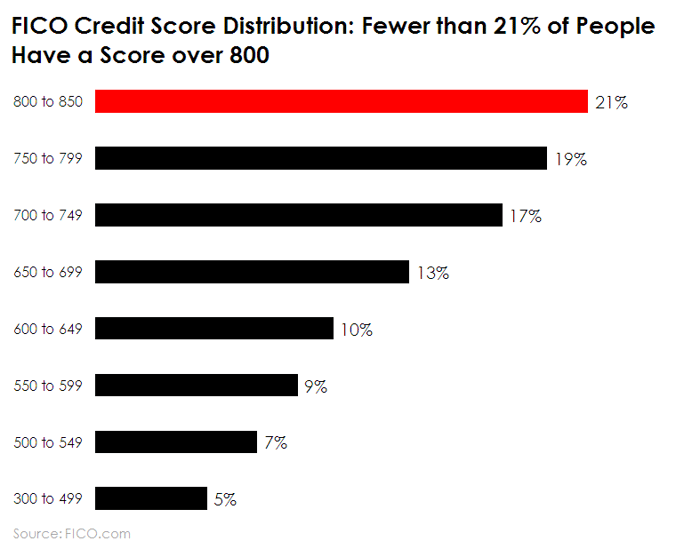 Having a credit score above 750 is ideal, both because it fits within the traditional definition of super prime, and puts you in the top 40% of Americans. It's likely that anyone with a score above 750 will find it easy to get the best possible terms on most loans, and avoid higher interest charges commonly associated with loans for people with less-than-stellar credit.

If you need a score to aim for, 750 is a reasonable goal to set. After that, any additional points are really for show, anyway, since banks place people in the 750 or higher range as being very low risks.