Having a good credit score isn't just a matter of pride; it's a matter of saving money and having borrowing options. The higher that number, the greater your chances of not only getting approved for a loan, but snagging the most favorable rates out there. But if there's one mistake that might prevent you from attaining a stellar score, it's ignoring your credit report and not keeping tabs on that number. And unfortunately, a good 50% of Americans are doing just that.

According to data from CreditCards.com, half of U.S. adults have not checked their credit report or score within the past six months. And while that's problematic in general, it's especially troubling in light of the major Equifax (NYSE:EFX) data breach that occurred in September 2017. 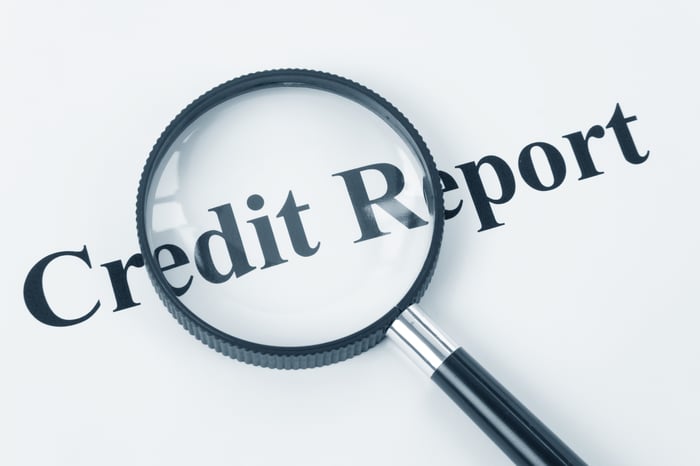 In case you missed it, Equifax, one of the three major credit bureaus, experienced a breach that exposed countless consumers' personal data, from credit card information to Social Security numbers. As such, millions of Americans are at risk of having their identities stolen and their credit scores taken down in the process.

Think about it: All a criminal really has to do is open an account in your name, charge up a storm, take his goods, and run, leaving your name and score to get tarnished in the process. Therefore, while it's always a good idea to check up on your credit report and score, now's an especially crucial period during which to be proactive. Yet most Americans are doing the opposite, and it's a mistake that could end up hurting them big time.

Always stay on top of your credit report

Given that a load of consumer data was recently exposed, now's not the time to be lax about checking your credit report. Keep in mind that though the breach occurred six months ago, criminals are known to bide their time and be patient -- which means that you can never really be sure when you're out of the woods.

It therefore pays to review your credit report once a year from each of the three major bureaus: Equifax, Experian, and TransUnion. By law, you're entitled to a free copy annually, and requesting yours online is easy.

What should you look out for when reviewing your credit report? For one thing, make sure any new or existing accounts are actually yours. It could be that someone with the same name as you opened an account legitimately, but if that account goes into default and somehow gets associated with you, your credit score might suffer.

Similarly, it sometimes happens that a lender lists an outstanding debt twice, or in an amount that isn't correct. If a $2,000 credit card balance you're carrying somehow shows up twice on your record, it could drive your score down.

If you do happen to notice a problem on your credit report, be sure to dispute it immediately, either with the credit bureau itself or with the account-issuer in question. By law, credit bureaus are required to review and respond to disputes within 30 days, or otherwise remove negative activity associated with them, so it pays to take action as soon as you spot an error.

And chances are, you will spot an error. It's estimated that 20% of credit reports contain mistakes, and that was before the whopping Equifax breach even came into play. Studying your credit report could not only help you avoid having your score plummet, but prompt you to take action in the event your identity is indeed stolen.

Keep tabs on your credit score, too

You'd think that accessing your credit score would be a matter of flipping through your credit report, but unfortunately, things can't be that simple. Usually, you'll need to purchase your credit score directly from myFICO, though these days, a number of major credit card companies have taken to providing it as a courtesy for customers. If that's the case, you can probably access that number via your monthly statements. Keep in mind that if your score drops for no obvious reason, it's a sign that someone may have gotten a hold of your personal information and is opening accounts in your name or using your existing accounts.

Nobody is immune to identity theft, and the last thing you want is for someone to steal your information and damage your credit in the process. The solution? Be vigilant. A little legwork throughout the year could save you a world of hassle at some unknown point in the future.

Half of the U.S. Adult Population Is Making This Critical Mistake @themotleyfool #stocks $EFX Next Article
Current