Please ensure Javascript is enabled for purposes of website accessibility
Free Article Join Over 1 Million Premium Members And Get More In-Depth Stock Guidance and Research
By Christy Bieber - Dec 4, 2020 at 7:00AM

Is there a problem with the credit card in your wallet? 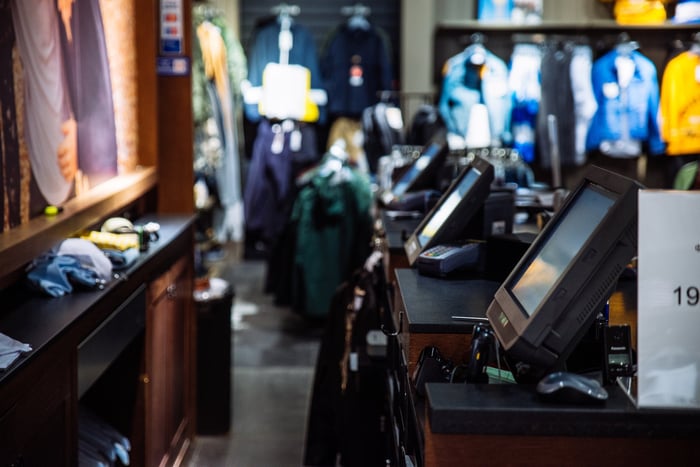 Choosing which credit card to use can be a more important decision than you'd think. Your selection of cards could impact the interest rate you pay if you carry a balance, as well as the amount of rewards you receive when you use your card.

Unfortunately, there's one particular type of card Americans seem to be choosing more often than others -- and it's not a great one.

This is Americans' favorite credit card

According to recent research from The Ascent on credit card market share, there are more store cards in circulation than any other kind of credit card. In fact, as of 2018, there were a whopping 392 million store cards in circulation compared with 337.7 million Visa cards, 230.66 million Mastercards, 57.2 million Discover cards, and 53.7 million American Express cards.

There are a lot of store cards because so many people have them -- around 44% of American adults. While that's less than the 49.26% with Visa cards, it's more than the number of people who have cards from most other issuers including Mastercard, Discover, and American Express.

It's not a surprise that there are so many of these cards out there. A huge number of stores offer their own proprietary credit cards, which can sometimes be easier to qualify for than other card types. And many consumers are talked into getting store cards on a whim when they're asked at checkout if they want to open one in exchange for a substantial discount on their purchase.

So, what exactly is the problem with the fact that so many Americans have store credit cards? Well, there are a few big issues.

When you're charged a higher rate to borrow on a store card, this can make carrying a balance much more expensive. Of course, you always want to avoid carrying a balance on any credit card if you can help it. But sometimes that's not possible. And if it turns out you can't pay your card in full, you'll definitely want to make sure you're being charged the lowest rate possible on your debt.

There's also another issue with store cards. Most of them tend to offer less generous rewards than other general purpose cards that provide cash back, points, or miles. And the rewards almost always must be used at the store where you opened the card. This can be limiting, and it can also mean you end up spending more money if you have to make a purchase at that particular store to use your rewards but the points you earned don't cover your purchase in full.

Aside from the issue with your rewards, store cards rarely offer other cardholder perks whereas other cards may provide valuable benefits including airline lounge access, purchase protections, and more. If store cards offer perks at all, they're usually an extra discount at the store that issued the card -- which again can just prompt more spending.

Finally, store cards are also more likely to have rewards points that expire or are subject to other fine-print restrictions, which means you could lose their value entirely if you can't redeem them.

You don't want to pay more for a card offering lesser benefits, so it's best to steer clear of store cards in most situations and instead opt for general purpose rewards cards that are well matched to your spending. You should be able to earn far more rewards that can be used more easily, and hopefully enjoy some extra cardholder perks to boot if you go this route.

For the millions of Americans currently using store cards, the downsides of this type of credit card are definitely worth considering, as a change may very well be in order.