Please ensure Javascript is enabled for purposes of website accessibility
Log In Help Join The Motley Fool
Free Article Join Over 1 Million Premium Members And Get More In-Depth Stock Guidance and Research
By Demitri Kalogeropoulos - May 30, 2016 at 7:40AM

A critical economic report and quarterly earnings announcements from Michael Kors and Vera Bradley are all on tap over the next few trading days.

Stock indexes gained more than 2% last week. The Dow Jones Industrial Average (^DJI -1.55%) and the S&P 500 (^GSPC -1.69%) shook off mixed quarterly results from retailers, and mounting evidence of an impending interest rate hike from the Federal Reserve, to push near 2016 highs: 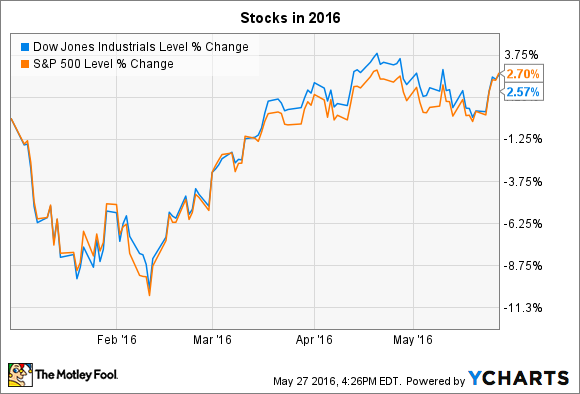 As for the shortened trading week ahead, Friday brings a highly anticipated jobs reading that could seal the prospect of an interest rate hike by the Fed in June. Meanwhile, stocks that could make big moves include retailers Michael Kors (CPRI -4.62%) and Vera Bradley (VRA -1.81%).

Luxury clothing accessory specialist Michael Kors is set to post quarterly results before the market opens on Wednesday, June 1. With sales and profitability on the decline, the stock hasn't managed to avoid the slump that's snagged most clothing retailers – it's down 30% in the last year.

At its last quarterly check in Kors' revealed that comparable store sales fell by 1% even as gross profit margin slipped to 60% of sales from 61% a year ago. Ramped up investments in e-commerce and overheads also pinched earnings: Operating margin fell by four percentage points to 27% of sales .

Its Spring collection had management confident that comparable-store sales could improve slightly this quarter. Executives forecast sales of roughly $1.14 billion and earnings of $0.95 per share at the midpoint of guidance. Consensus Wall Street estimates are just above those targets, which raises the likelihood that investors could be disappointed if the retailer's growth continues to slow down.

Vera Bradley's stock has held up better than rivals in the last year thanks to fiscal fourth-quarter results that showed strong profit growth. Executives are taking a disciplined approach to pricing both in stores and online, which has resulted in weak sales growth (comps were flat and online sales fell 13 %).

However, the payoff came in sharply higher profitability: gross profit margin surged to 58% of revenue from 52% in the prior year period. It can be tough for a retailer to ween customers off of a heavy promotional cadence once they're used to it, but Vera appears to be accomplishing just that.

Investors should look for the women's accessories specialist to post minor sales growth this quarter, with revenue ticking up to $107 million from the prior year's $101 million haul. Management also forecasts continued improvement in both gross and net profitability. If Vera can manage both those feats, especially in this weak selling environment, the stock should continue to outperform rival retailers.

The week concludes with one of the most anticipated economic reports of the month -- the Employment Situation Summary (a.k.a, the jobs report). This announcement, which will be published before the opening bell on Friday, is even more significant than usual as it will come just days before the Federal Reserve meets to discuss monetary policy, and determine whether to raise interest rates for only the second time in almost a decade. 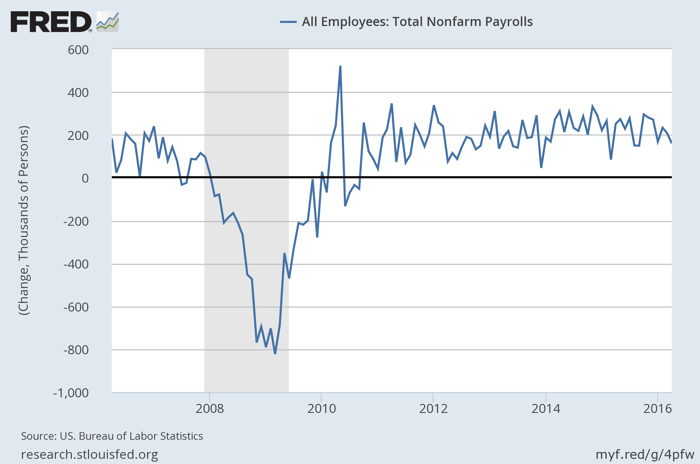 In April's report, job growth slowed for the second straight month to 160,000, and economist expect a similar number for May. But the longer-term average is more important for investors to watch. Job gains have averaged a solid 230,000 per month over the last year even with improving wages. As long as those positive trends don't reverse dramatically in this week's report, odds seem good for the Fed to raise rates after concluding its two-day meeting on June 15.