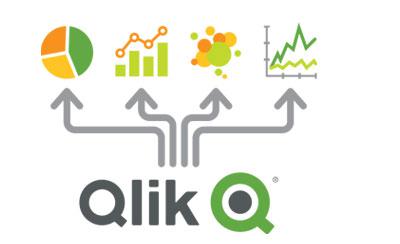 Tuesday was a relatively quiet end to the month for the stock market. The Dow fell half a percent to eke out just a 10-point gain for the month of May, but the S&P 500's less dramatic drop on Tuesday left the index up almost 1.5% since the end of April. Investors can expect continued attention on the Federal Reserve and a potential interest rate increase at its Federal Open Market Committee meeting in mid-June, but it's unclear whether those watching the central bank have already anticipated an increase or still believe the Fed might move more slowly in fostering the fragile expansion. Regardless, some stocks weren't able to hold up well in today's market action, and among the worst performers were Qlik Technologies (NASDAQ:QLIK), Coca-Cola Enterprises (NYSE: CCE), and SunOpta (NASDAQ:STKL).

Qlik Technologies fell 10% despite reports that the company is expected to get an acquisition bid from private equity company Thoma Bravo. Ordinarily, stocks move up when bids become likely, but the problem in Qlik's case is that the anticipated bid is apparently just $28 to $30 per share, which is below the nearly $32 per share price at which the data visualization software company closed Friday. The loss took the stock back to where it traded in late April before a favorable first-quarter financial report. Qlik has gotten increased attention since a different hedge fund investor took a nearly 9% stake in early March, and it's possible the expected move from Thoma Bravo could represent the fruits of Elliott Management's labors.

Coca-Cola Enterprises saw its share price plunge by nearly a quarter Tuesday, but the movement was related to the completion of a merger with Coca-Cola Iberian Partners and Coca-Cola Erfrischungsgetranke. The newly created Coca-Cola European Partners combines all three entities, and the stock will trade using Coca-Cola Enterprises' old ticker symbol. As part of the deal, legacy Coca-Cola Enterprises shareholders received a $14.50 per share cash payment, and that more than compensates for the share-price loss suffered today. Going forward, the bottler will be Coca-Cola's largest independent bottler in terms of sales and will play an even more important role in the European beverage market.

Finally, SunOpta dropped 7%. The organic food company had climbed almost 27% on Friday after hedge fund investor Tourbillon Capital Partners had urged the company to put itself up for sale. Yet in a disclosure on Friday afternoon, the company emphasized the fact that it had worked hard to transform its business over the past year. That angle seems to suggest SunOpta would prefer to remain independent in order to reap the rewards of its work, although the company did say it would review Tourbillon's suggestions and consider how and whether to incorporate them into its overall strategy to support shareholder interests. Investors reacted negatively to SunOpta's failure to embrace Tourbillon's ideas wholeheartedly, but it remains to be seen what the end result will be.