What: hares of Talen Energy Corp. (NYSE:TLN) are up 16.8% as of 11:00 a.m. EDT Friday following the news that the company has received a buyout offer from private energy investment firm Riverstone Holdings.

So What: As you would expect with any other buyout offer, shares of Talen have spiked just about to the buyout price that was announced Friday. Riverstone has offered to buy the remaining 65% stake it does not already own for a price of $1.8 billion.

The deal itself wasn't a huge secret, though. On March 31, the company did submit public records that said the company was looking at potential offers to buy out the company at the same time it had completed the sale of its two hydroelectric power stations to Brookfield Renewable Energy Partners. Since the announcement that the company may be sold, shares have climbed 87%. 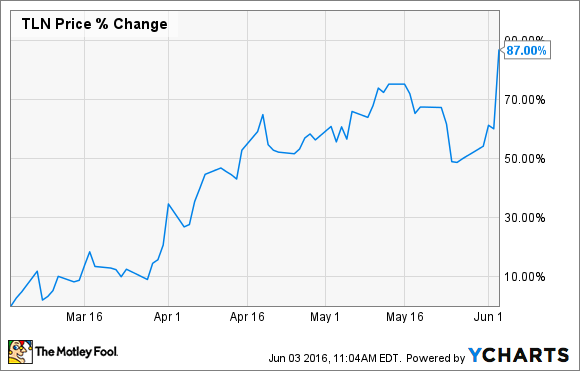 Now What: If you are an investor in Talen, then you should probably be relieved that the experiment as its own company is over. Despite that large surge in share price since March 31, shares of the company are still down from its IPO price just a few days more than a year ago. Talen has a fleet of power generating assets that have a large concentration in coal and a nuclear plant that is more than 30 years old. These two methods of power generation have fallen out of favor in recent years and Wall Street has not reacted too kindly to the company's stock. 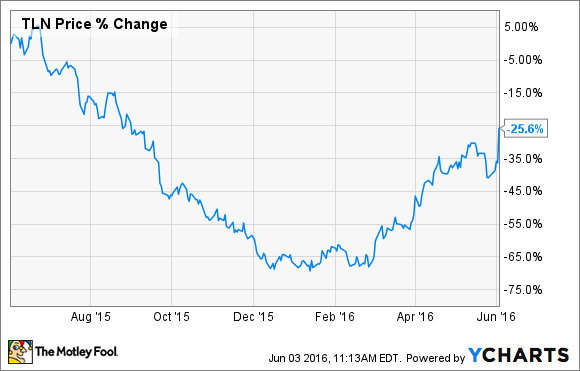