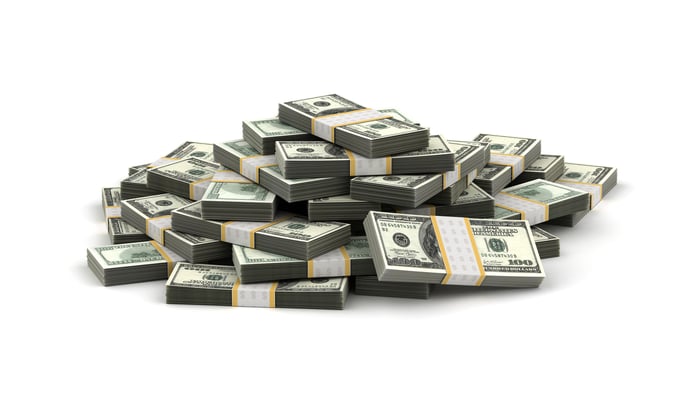 Wilbur Ross has built a personal net worth of $2.8 billion by investing in the most-untouchable, risky, and beaten-down assets the market has to offer. In the chaos following the British vote to exit the European Union, he once again sees opportunity where others only see fear.

It pays to listen to Wilbur Ross in situations like these

Before diving into Ross' investing today, we should first understand why we should pay attention to him in the first place. Wilbur Ross is not a self-made billionaire by accident.

Over his multi-decade career, which includes 25 years running the bankruptcy group for Rothschild's Inc., he has earned his fortune by investing in struggling companies facing collapse or bankruptcy. These are companies that other investors had turned sour on, and it's not dissimilar to how investors are hammering the British pound and financial stocks today.

While other investors were running away from the steel industry in the early 2000s, Ross founded International Steel Group in 2002 by acquiring a series of distressed steel producers, most notably Bethlehem Steel. After an IPO in December of 2003, Ross sold the company in 2004 in a $4.5 billion merger with Mittal Steel. Through a further series of mergers, these companies are today part of the megasteel company ArcelorMittal (NYSE:MT), a company whose market cap briefly eclipsed $137 billion prior to the financial crisis.

There are numerous other examples. Ross' International Coal Group was acquired in 2011 for $3.4 billion. Also in 2011, Ross invested in the Bank of Ireland at the height of the European debt crisis. He sold that investment in 2014 for almost half a billion euros, a 300% gain. Also in 2014, Ross and a group of other investors put nearly $1.5 billion into the distressed Greek bank Eurobank Ergasias.

In each of these examples and the countless others throughout his career, Wilbur Ross has demonstrated an expert eye for spotting contrarian investments at times when the market has flat out given up on a certain industry, asset, or crisis.

Don't panic, but be prepared for a bumpy ride

In an interview on the Monday following the Brexit vote, Ross said that he was not only holding a long position in the British pound, but that he was seriously considering buying more. He said:

I may very well buy some more pounds today. I do think it's not the end of the Earth; Great Britain is not going to go to zero. It's easy to have people be too emotional.

In his contrarian opinion, the markets were overreacting, and still are. The pound traded at 30-year lows against the dollar in the fallout from the vote. That is an extreme movement, one that warrants some critical thinking without being "too emotional," as Ross put it.

He's not saying that the British decision to leave the EU is without its consequences. In fact, he called the change the "world's most expensive divorce." He even pointed to the potential for increased geopolitical tensions beyond the EU, warning about Russian opportunism, specifically.

What he is saying, though, is that the markets may have overreacted in sending Barclays PLC (NYSE:BCS) down 29% over the three days following the vote. Or that the market would hammer an American bank like Citigroup (NYSE:C) down 10% on the news.

Will the Brexit impact these banks? Of course. However, are these companies really worth billions of dollars less on Friday than they were on Thursday? To Ross, the answer is no.

This month, the market is in a panic over the U.K. leaving the European Union. Ross said that "Great Britain is not going to go to zero," and I think he's right.

There is uncertainty, and there will be consequences as the Brexit proceeds; however, over the long term, Great Britain will not go to zero. Investors would do well to keep that in mind as they proceed through the next few months of uncertainty.