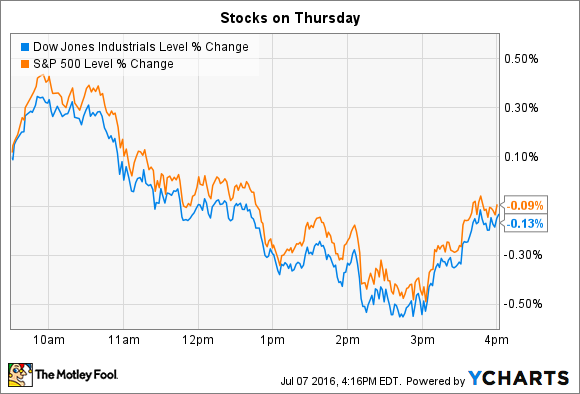 In economic news, job growth accelerated in the month of June, according to the latest ADP employment report. The economy created 172,000 jobs compared to 168,000 in May and 149,000 in April. That improving trend suggests the official June employment numbers might not disappoint this time (as they did last month). Those figures will be published before the opening bell on Friday, July 8 and could spark volatility for Friday's trading session.

Costco's stock touched a new 2016 high and finished the day as one of the S&P 500's best performers. Thursday's bounce came after the retailer announced solid revenue growth for the past four weeks. June comparable-store sales rose by 3% worldwide, excluding currency swings gas price deflation, and by 2% in the key U.S. market.

Normally, monthly sales figures aren't important enough to move the stock -- but June wasn't just another month for the warehouse retailer. Costco implemented a massive shift on its U.S. membership base on June 20, transitioning its co-branded credit card away from American Express and into a new relationship with Citigroup (NYSE:C) and Visa. The switch involved a complex array of logistics, including changing more than 10 million subscribers over to the new card. Many of these members became irked by the inconvenience and overwhelmed Citigroup customer support lines with questions and complaints.

June's sales results showed a slowdown from the prior month, but not so much that investors need to worry about a botched credit card change that would bring significant membership losses. In fact, the comps decline from 4% to 2% in the U.S. likely had to do with the grocery price deflation that's been pinching rival food retailers like Kroger. Costco seems on pace to put this shift behind it so that it can begin reaping the significant financial benefits of the Visa switch over.

Organic food and beverage specialist WhiteWave soared 19% to a new all-time high after agreeing to be purchased by global food giant Danone (OTC:DANOY). The two companies struck an all-cash deal that values White Wave and its $4 billion of annual sales at $10 billion. 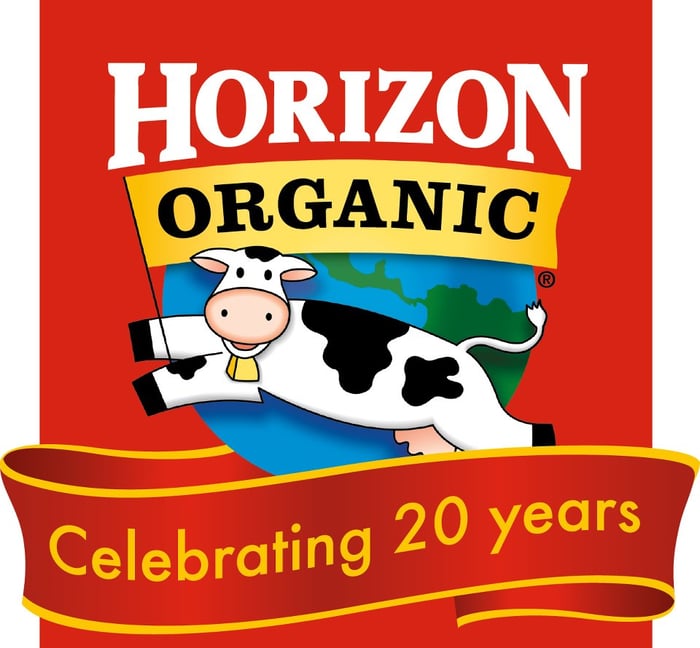 In a press release announcing the tie-up, Danone called it "a perfect match of vision, culture, and business." Executives said the merger will double Danone's sales base in the key U.S. market while creating scale savings that should boost WhiteWave's profitability by as much as 8 percentage points by 2020.

WhiteWave executives also emphasized the strong cultural fit. CEO Gregg Engles said the two companies share a "mission of changing the way the world eats for the better." The merger makes good financial sense, too, according to Engles. "We believe this is a compelling transaction that delivers significant cash value to our shareholders," he said.

WhiteWave's stock briefly traded above the transaction's proposed closing price of $56.25 per share, indicating some hope on the part of investors of a higher bid coming in for the business. However, with enthusiastic approval from both WhiteWave's executive team and its board of directors, this merger appears to be a done deal.