Many cybersecurity companies have fallen out of favor over the past year because of concerns about their high valuations, low profitability, and sluggish enterprise spending. The PureFunds ISE Cyber Security ETF (NYSEMKT:HACK), which owns a basket of top cybersecurity stocks, has lost almost 20% of its value over the past 12 months.

Two well-known cybersecurity stocks tucked in that ETF are Palo Alto Networks (NYSE:PANW) and Fortinet (NASDAQ:FTNT), which have declined about 30% and 18%, respectively, during that period. Can either stock bounce back later this year? Let's take a look at their businesses, growth trajectories, and valuations to decide. 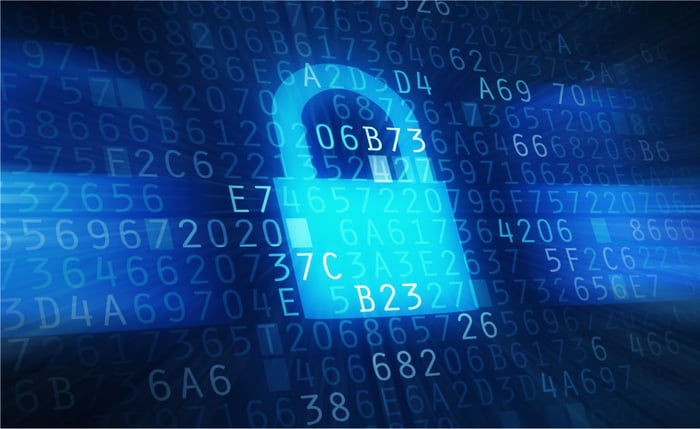 What do Palo Alto Networks and Fortinet do?

Palo Alto Networks offers a suite of next-gen firewalls that protect businesses from external threats. The company serves more than 31,000 customers in over 140 countries, including over half of the Fortune 100 and Global 2000. Gartner has ranked Palo Alto as an "enterprise firewall market leader" for the past five years. To compete more effectively with threat prevention leader FireEye (NASDAQ:FEYE), Palo Alto acquired Israeli threat prevention firm Cyvera in 2014.

Fortinet also offers a next-gen firewall called Fortigate, which consists of a family of network security appliances connected to its Fortinet Security Fabric. That "fabric" offers end-to-end protection across multiple platforms, including on-premise, cloud-based, and Internet of Things (IoT) devices. Fortinet serves 270,000 customers worldwide, including the "majority" of the Fortune 500. It recently acquired security provider AccelOps for $28 million to enhance its firewall with cloud and IoT analytics.

Like many other cybersecurity companies, both Palo Alto and Fortinet prioritize sales growth over earnings growth. In that regard, Palo Alto is winning by a comfortable margin.companies.

Palo Alto's growth is impressive because it's posting faster sales growth than Fortinet and bringing in 10% to 20% more revenue per quarter.

A major weight on both Palo Alto's and Fortinet's GAAP earnings is stock-based compensation. Palo Alto's stock-based compensation rose 76% to $112.7 million last quarter and gobbled up a third of its revenue. That big increase, which caused a wider-than-expected GAAP loss, was the main reason the stock fell more than 10% after its earnings report on May 26. Fortinet's compensation expenses rose 63% to $30.8 million, but that only accounted for 11% of its total revenue.

But on the bright side, both companies' cash positions are improving. Palo Alto's cash and equivalents rose 46% to $550 million last quarter, while Fortinet's cash position rose 47% to $568 million. This means that investors won't need to worry about share-diluting secondary offerings anytime soon.

Palo Alto's and Fortinet's lack of GAAP profits means that they can't be valued with P/E ratios. But we can still use EV/Sales ratios to gain a rough idea of how cheap or expensive each stock is.