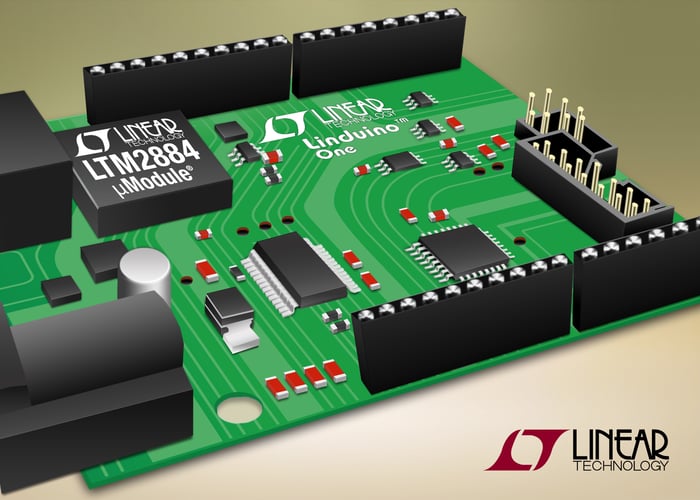 As if last quarter's return to sequential top- and bottom-line growth wasn't enough, Linear Technology (NASDAQ:LLTC) repeated the feat with its fiscal fourth-quarter 2016 results Tuesday after the market close. But the biggest news of the day is a now-confirmed report that Linear Technology has entered into a definitive agreement to be acquired by Analog Devices (NASDAQ:ADI) in a deal valuing Linear at a whopping $14.8 billion.

Before we get to the big acquisition, however, let's take a closer look at what Linear Technology achieved in its latest quarter:

What happened with Linear Technology this quarter?

"We met the midpoint of our revenue guidance with growth of 3.5% sequentially over the March quarter," elaborated Linear Technology CEO Lothar Maier. "We are pleased that we have bounced back with three sequential quarters of revenue growth after suffering a significant decline in the first fiscal quarter."

For 35 years, Linear Technology has had great success by growing its business organically. However, this combination of Linear Technology and Analog Devices has the potential to create a combination where one plus one truly exceeds two. As a result, the Linear Technology Board concluded that this is a compelling transaction that delivers substantial value to our shareholders, and the opportunity for additional upside through stock in the combined company. Analog Devices is a highly respected company. By combining our complementary areas of technology strength, we have an excellent opportunity to reinforce our leadership across the analog and power semiconductor markets, enhancing shareholder value.

Because of its impending transaction with Analog Devices, Linear Technology has opted not to offer financial guidance for the fiscal first quarter of 2017 or any future periods. That's fair enough considering the announcement effectively pushed shares of Linear Technology to levels not seen in more than a decade -- and this after more than two years of watching the share price stagnate. With that in mind, it seems fair to say Linear Technology shareholders have plenty of reason to celebrate today.