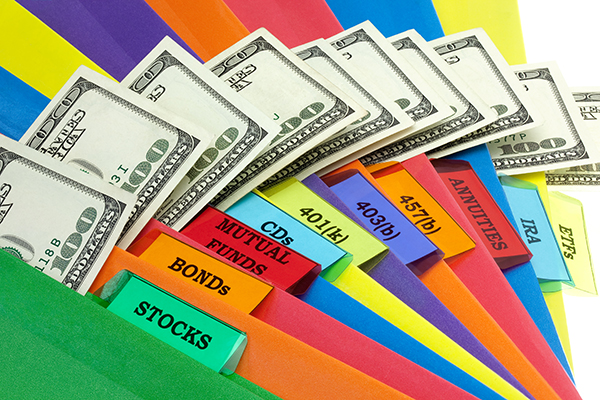 While stock awards have long been included in CEO and top executive compensation packages, the practice of offering lower-ranking employees some form of equity compensation has been in place at a number of companies for decades. This is especially true for start-up companies that don't have a lot of cash on hand.

Some 28 million U.S. employees held stock or stock options in their companies as of 2010, according to the National Center for Employee Ownership. More recently, a specific type of equity compensation, restricted stock units (RSUs), has been on the rise. Apple made headlines in 2015 when it announced grants of RSUs to its retail employees.

The practice of offering equity compensation to employees was popularized by Silicon Valley companies during the '90s tech boom. At the time, fledgling tech companies that couldn't afford to pay large salaries sought to attract talent by offering stock options, according to Kaye Thomas, the author of "Consider Your Options."

"That was when stock options really became a kind of currency of the realm for many of the tech companies that were starting up then, in particular internet companies," Thomas said.

When some of those companies went on to see great success, employees found that exercising their stock options paid off handsomely, which prompted even greater interest in employee stock options.

"Some of the people received very large payoffs that were highly publicized and it got to where people in the tech industry would insist" on getting stock options, Thomas said.

The practice has since spread beyond tech, with companies ranging from manufacturers to insurance firms offering stock awards to employees...sometimes with mixed results.

The Wall Street Journal reported last year that some companies have had difficulties convincing their employees of the benefits of stock awards.

"It's a little bit like paying your employees...in lottery tickets," Dirk Jenter, an associate professor of finance at the London School of Economics and the Stanford Graduate School of Business told the newspaper. "Most people prefer cash."

Indeed, like any other investment, stock awards come with risks. If your company has granted you a stock award or you're considering a job that includes equity compensation, here are a few questions to consider:

What type of stock award are you receiving?

Stock options and RSUs are among the most common types of equity compensation. An employee stock option is a contract that grants an employee the right to buy shares in his or her employer at a specific, fixed price, known as the exercise price, after a designated date. A RSU, in contrast, is a unit of stock that an employee possesses with limited ownership rights—for instance an employee may receive dividends equivalents for his or her RSUs but won't have the ability to sell the RSUs until a certain date has passed or until a certain condition is met.

RSUs may have overtaken stock options in popularity in recent years. A 2013 survey of more than 400 stock award-granting companies by the National Association of Stock Plan Professionals (NASPP) and Deloitte Consulting found that time-vested RSUs had become more prevalent than options, with the latter experiencing a 31 percent decline in popularity in the last decade.

Some employees may prefer RSUs to stock options because, in the case of options, an employee must spend his or her own money to buy the stock (even if they ultimately sell it), while an RSU is granted to an employee without any investment on his or her part. As such, an RSU generally holds more value than a single stock option for the employee receiving it (unless the company's stock price plummets to zero in which case both RSUs and stock options are worthless.) Therefore, a company must issue more stock options to equal the same value of fewer RSUs, so if a company goes the RSU route it can issue fewer shares than it would through options, resulting in less shareholder dilution.

Businesses, meanwhile, may prefer RSUs to options for reasons ranging from a 2005 accounting rule change that required companies to record options as expenses (which forced them to deduct the value of the options from their profits) to concerns about shareholder dilution from option grants.

Is your stock award time-vested or performance-based?

If your award is time-vested, what is its timeline?

Companies can use awards that vest over a certain time period as an incentive to retain employees. Vesting is contingent on an employee remaining with the company, with RSUs or options vesting gradually over time. Sometimes vesting doesn't begin until a person has been employed with his or her company for a year or more. For example, following the one-year anniversary of employment, the employee may see his or her stock award vesting on a monthly basis. Sometimes, the timeline can be much longer. Consult your company's HR department to learn how your vesting schedule works.

Are you guarding against concentration risk?

Generally speaking, portfolio diversification is a good way to mitigate investment risk. Longtime employees may accumulate large holdings of their employer's stock or stock options and if they don't sell at least some of their holdings after they vest—and diversify their portfolios through other investments—they could find themselves facing steep losses if the company's stock suddenly underperforms. (This problem is one that's also common among employees who accumulate company stock in their 401(k) accounts. Learn more about that here.

"You have people who have millions of dollars in stock options and they tend to think that they're going to regret cashing in the option if the stock goes up significantly afterward, so they end up frozen in their decision making," Thomas said. "It's this fear of making a move that they regret later, when the reality is they're exposing their financial future to a level of risk that no one would ever say is appropriate."

(You can learn more about concentration risk on the Financial Industry Regulatory Authority's "Concentrate on Concentration Risk" page.)

Do you understand the tax implications?

Both RSUs and stock options are subject to taxes, though in different ways. With RSUs, the tax situation is relatively simple: RSUs are taxed upon vesting. But with stock options, the tax implications vary depending on whether you have what are known as "non-qualified" options or "qualified"/"incentive" options. Non-qualified options are taxed when the employee exercises the options, while qualified or incentive options may be taxed when the employee actually sells the options, and may qualify for favorable tax treatment if certain conditions are met. Consult a tax professional to learn more about how your company holdings will be taxed.