Check out what Eagle Materials has to tell investors.

Construction spending is on the rise, which is driving sales of gypsum wallboard and paperboard products. Sales have been so strong that producers were able to push through a price increase earlier this year. That combination of rising volumes and improving margins is driving the earnings and the stock prices of the best gypsum stocks higher this year: 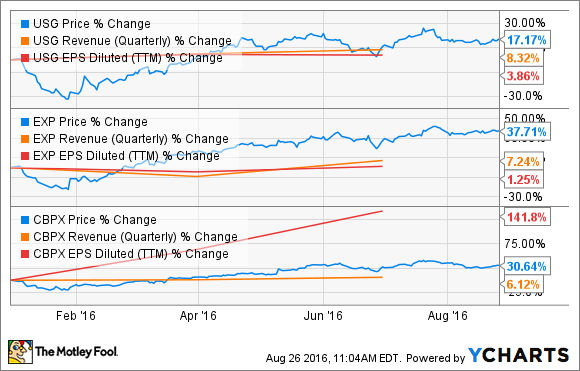 While the industry cycles with the construction sector, it is slowly making its way back after the last building bust leading up to the financial crisis. As the slide below shows, while sales have risen out of the ashes of the financial crisis, they still have a long way to go before reclaiming their former peak: 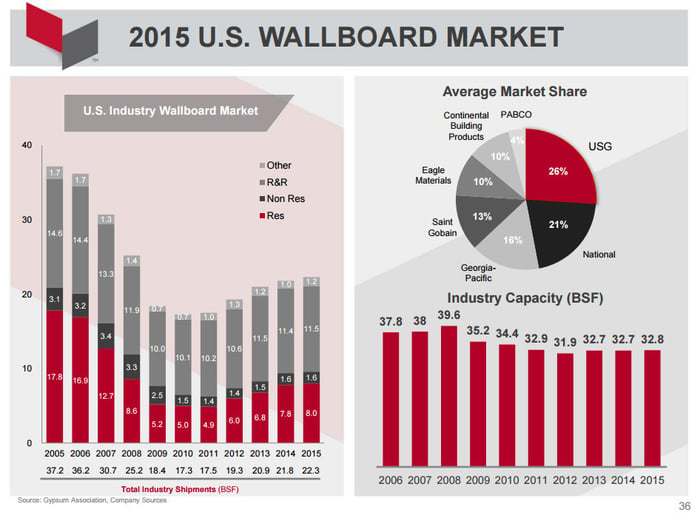 Unfortunately, for investors, there are not a whole lot of investment options in the sector because four of the top producers are private companies or just a small segment within global building products behemoths. That said, the three lone publicly traded gypsum companies should still thrive as long as building products continue selling at a brisk pace.

USG is by far the top stock in the gypsum sector. Not only is it the clear industry leader, controlling 26% of the wallboard market, but it boasts having Warren Buffett as its top investor. In fact, Buffett's Berkshire Hathaway (NYSE:BRKA) (NYSE:BRKB) owns roughly 39 million shares of USG's stock, which is a 26.7% stake in the company currently worth more than $1.1 billion. That said, aside from Buffett's seal of approval, USG has a lot going for it right now.

In its recently completed second quarter, the company's sales increased 3.3% to slightly more than $1 billion. Even better, its U.S. gypsum operating profit margin improved from 17.6% to 19.9% due in part to a price increase it was able to push through at the end of the first quarter. Not only did that price increase not stall sales, but CEO James Metcalf said on the company's second-quarter conference call that it believes that "demand in the U.S. end markets support wallboard growth for the year slightly more than 8%...that's better than what we thought at the beginning of the year." Those higher sales, when combined with its margin improvements, should push earnings higher this year. 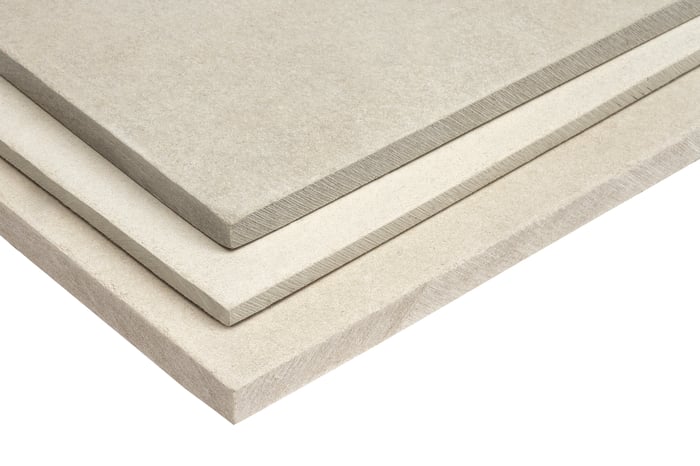 Eagle Materials is not a pure play on gypsum like USG. Instead, it is a diversified materials manufacturer, producing not only gypsum wallboard and paperboard, but cement, concrete, and aggregates as well as frack sand for the oil and gas industry. That said, it is a construction materials company at heart and a strong player in the gypsum market.

Set free to rule the continent

In one sense, Continental Building Products is a rather new entrant to the gypsum space with the company only formed in 2013. That said, its history dates back to 1965, when French building products giant Lafarge entered the North American market eventually creating Lafarge Gypsum. However, it carved out the business in 2013 -- renaming it Continental Building Products -- and sent it public one year later with a focus on growing its presence in the North American building products market.

Like its rivals, Continental Building Products is benefiting from the improving construction marketplace. During the second quarter, its net sales rose by 5.5% to $117.1 million driven by a 13.4% improvement in wallboard volumes. The company also reversed its year-ago loss of $0.1 million, posting net income of $12.7 million due to rising sales and improving margins. That enabled the company to improve its balance sheet by paying off $15 million in debt while also boosting its stock buyback program to $100 million. That buyback shows just how confident Continental Building Products is about the improving gypsum market.