Some investors might think that stocks only quadruple over multiple years. However, several stocks delivered "four-bagger" returns over the past 12 months. Let's examine three such stocks -- AMD (NASDAQ:AMD), Five9 (NASDAQ:FIVN), and Weibo (NASDAQ:WB) -- and see if they can keep delivering comparable returns in the future.

AMD is an underdog chipmaker which battles Intel in the CPU market and Nvidia in the GPU market. It lost market share in both markets for years, sales fell, and its losses widened as it boosted spending to keep pace. AMD hit a 52-week low of $1.65 on Jan. 20, after it posted a 23% annual decline in revenue during the fourth quarter and offered weak guidance for the first quarter.

But if you had bought AMD that day, you would be sitting on a gain of over 350% today. AMD's sales fell 19% during the first quarter, but it announced strong guidance for the second quarter. During the second quarter, it posted 9% sales growth -- its first annual sales growth in two full years -- on robust demand for its semi-custom SoCs for gaming consoles. It also expects demand for those SoCs to rise as Microsoft and Sony respectively release upgraded versions of the Xbox One and PS4. AMD also returned to non-GAAP operating profitability during the quarter.

AMD now expects its sales to rise 18% for the third quarter, and analysts believe that it could finish the year with 3% growth. Sales of its new Polaris-based GPUs, which have dramatically lowered the price point for VR-ready PCs, could boost its GPU sales, while its upcoming Zen chips might help it regain some market share from Intel.

Five9 went public in April 2014, and has delivered over 20% annual sales growth in every quarter since its public debut. Its revenue rose 29% last quarter, up from 26% growth in the previous quarter and 23% growth in the year ago quarter. Analysts expect the company to post 22% sales growth this year.

Fire9 also announced an annual dollar-based retention rate of 100% last quarter, up from 94% a year earlier, along with all-time records in enterprise and commercial bookings. Wall Street has already noticed Five9's hot streak -- if you had purchased Five9 at its 52-week low of $3.48 last October, your initial investment would have risen nearly 320%. Five9 is unprofitable by both GAAP and non-GAAP measures, but its losses are narrowing.

Weibo, the microblogging site often referred to as "China's Twitter," has rallied almost 340% from its 52-week low of $10.90 last October. That massive rally was fueled by Weibo's impressive sales growth -- its revenue rose 36% annually last quarter, compared to 24% growth in the previous quarter and 39% growth a year ago. Weibo attributes that growth to "the strong adoption of social marketing" boosting spending among major companies and SMEs (small and medium-sized enterprises). Analysts expect Weibo's revenue to rise 34% this year. 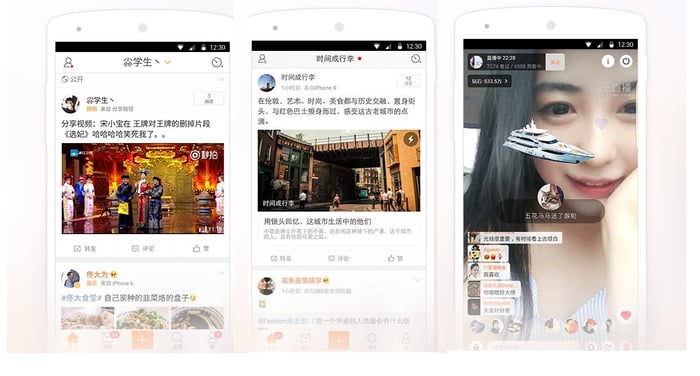 However, both Weibo and its parent company Sina face the threat of government censorship and abrupt shutdowns. Chinese censors temporarily shut down Sina before, erased Weibo accounts, and threatened the companies over poor self-censorship practices. Those threats indicate that Weibo's growth could abruptly grind to a halt due to government intervention.

With the market near all-time highs, investors should be mindful of AMD, Five9, and Weibo's valuations. AMD doesn't look expensive at 1.5 times sales, but Five9's P/S of 5.3 and Weibo's P/S of 18.3 look pricey. Therefore, investors should realize that these rallies could fade quickly if their streaks of hot sales growth end.