While oil gets most of the attention these days, natural gas is quietly having a great year. As the chart below shows, the spot price is double where it was to start this year: 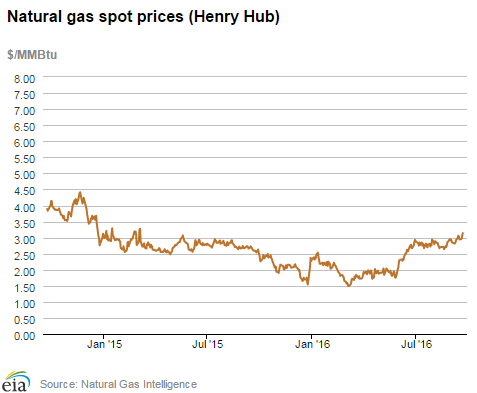 While that rebound in the price of gas is what many producers need to drive production growth going forward, several were thriving on cheap gas prices. That makes them the best natural gas companies to invest in now that prices are moving higher, with the following five the best positioned going forward:

Drilling down into the best natural gas stocks

Marcellus shale-focused EQT has delivered six straight years of more than 25% production growth thanks to its low-cost position and industry-leading cost structure. Those factors enable EQT to drill highly economic wells in the current environment. For example, in its core Marcellus position, the company can earn returns ranging from 67% to 115% at $3 gas depending on well length. Because well length is an important driver of returns, the company recently spent $407 million to acquire an additional 62,500 acres in the Marcellus. That deal will allow it to increase the well length of 106 of its existing drilling locations, which will more than double returns when EQT drills those wells.

Antero Resources also has a long history of delivering double-digit production growth thanks to its prime positions in both the Marcellus and Utica shale plays. Driving that growth is the fact that Antero Resources can earn a 51% to 77% rate of return in the Marcellus and 49% to 62% returns in the Utica at current prices. Because of those attractive returns, as well as the company's access to capital, Antero Resources plans to accelerate production growth in 2017 to target an increase of 20% to 25% over 2016's average rate. 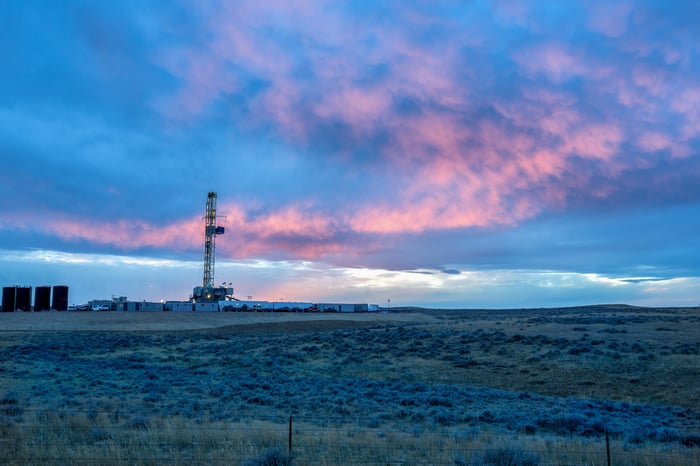 Cabot Oil & Gas also boasts a prime position in the low-cost Marcellus shale. In fact, it only costs the company $1.19 per Mcfe to extract gas in the Marcellus, which is down from $1.88 per Mcfe five years ago due to its cost-cutting efforts. Furthermore, like most of its peers, it is drilling longer wells to improve returns, with its average lateral length rising from 5,300 feet in 2014 to 7,000 feet this year, which is enabling Cabot Oil & Gas to capture an internal rate of return of 132% under its current assumptions. As a result of those lucrative returns, its vast drilling inventory, and new pipeline capacity, Cabot can double its production in the Marcellus over the next few years.

While Range Resources' overall production was only up 4%, its production out of the Marcellus shale surged 16% year over year. The company also recently paid $5.5 billion to acquire Memorial Resource Development, which will boost production by 29% year over year. That said, the near-term increase is not the only reason Range made this deal; it also wanted to add the Terryville play in Northern Louisiana to its portfolio. The additional low-cost drilling opportunities from that play give Range Resources the confidence that it can grow its output by 30% next year at current gas prices.

Rice Energy also recently announced a transformational merger, signing a deal to acquire Vantage Energy for $2.7 billion. The transaction will significantly bolster Rice Energy's production, with the pro forma company projected to produce between 1,280 and 1,355 MMcfe/d next year, which is 70% higher than Rice Energy produced this year. Vantage not only brings significant current production but it will increase Rice's position in the core Marcellus shale from 151,000 acres to 231,000 acres and grow the company's drillable inventory from 702 locations to 1,164.

The best natural gas stocks have one thing in common: a prime position in the Marcellus shale. Because of that, these companies have delivered solid production growth even though gas prices had been weak. With prices now starting to improve, these companies are best positioned to capture the upside of those higher prices.