As expected, today Microsoft (NASDAQ:MSFT) unveiled a new all-in-one (AIO) Surface PC that looks exactly like the drawings from a patent application that Microsoft scored earlier this year. Dubbed Surface Studio, the company is hoping to challenge Apple's (NASDAQ:AAPL) flagship iMac 5K in the AIO market, and the Surface Studio is very much positioned for creativity. The new Windows 10 update focuses heavily on new features intended for the creative market.

The big differentiator with Surface Studio is the built-in hinge that allows the display to articulate into different positions, primarily to allow users to draw on the display horizontally. That includes support for the Surface Pen stylus as well as a brand-new accessory that Microsoft is introducing called Surface Dial, which is a small puck-shaped knob that can be used either on the desk or directly on the display (compatible with other Surface devices as well).

The biggest difference that stands out is the price point. Microsoft is asking quite a bit for Surface Studio at $2,999. So much that you could even say that Microsoft hopes to compete with Apple's Mac Pro professional desktop, which starts at the same price (except the Mac Pro doesn't come with a display or input devices). 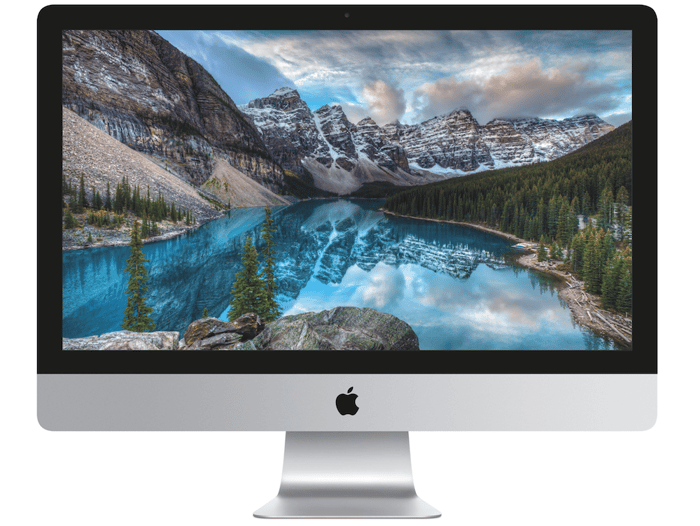 This price difference is partially a function of time on the market. Apple first introduced the 5K version in 2014 and it started at $2,499. Like all tech gadgets, prices come down over time alongside costs, so Apple's price advantage is just because it moved first.

While Apple aggressively targets the creative professional market in many ways, Surface Studio is making a compelling pitch to win over creative pros. The iPad Pros are Apple's products that allow stylus input and drawing, but a full-blown PC offers greater productivity. Overall, Surface Studio looks like a strong AIO PC, and it will only get stronger over time once prices inevitably come down.

Microsoft continues to make progress with its Surface business. Revenue jumped 38% last quarter to nearly $920 million, which the company attributed largely to a higher mix of premium devices. Apple stopped breaking out Mac sales by laptops and desktops, but it did generate $5.7 billion in revenue last quarter in the overall Mac business. Even though Microsoft remains a small player in the global PC market in terms of units, it's definitely making a name for itself in quality hardware.