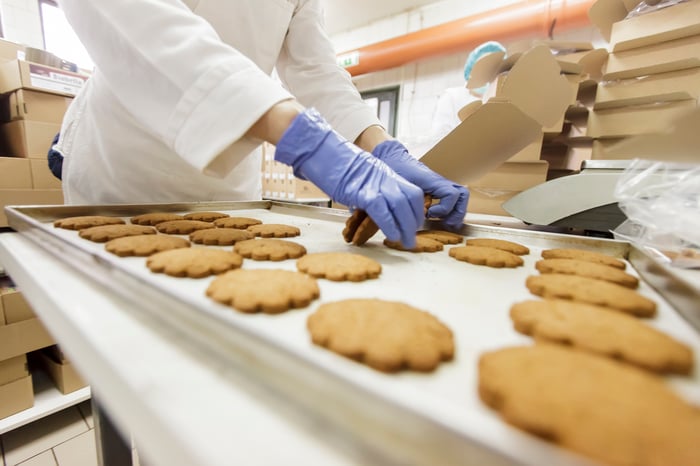 TerraVia (NASDAQ:TVIA) announced third-quarter earnings on Wednesday, the company's first since announcing Apu Mody as its new CEO in late August. Mody previously served as the president of Mars Food America and was tapped to refocus the industrial microalgae producer on what may be its most promising market opportunity: manufacturing food ingredients.

There are real signs of progress, but the most recent earnings show that the transition will likely take longer, and be more painful, than investors might be comfortable with.

You can check the press release for the full financial details, but here are the most important metrics to focus on:

The numbers in the table only compare continuing operations, which means they exclude revenue from its skincare and cosmetic brand Algenist -- the historical driving force of sales. Total revenue in the third quarter of 2015 was actually $11.4 million, with $9.1 million in product revenue.

That doesn't necessarily make the numbers any better for TerraVia. Total quarterly revenue dropped slightly in the year-over-year comparison, but product revenue fell more than 68%. While it doesn't look good, these numbers clearly reflect a company and technology platform in transition. Operating income improved after severe headcount reductions, which trickled down to an improvement in EPS, too.

Meanwhile, TerraVia's cash position decreased 25% year over year. That's better than investors may have expected, and it's a 6.3% increase over the cash on hand at the end of the second quarter of 2016. However, the cash was generated from selling assets, not from operations.

There were several important developments during the quarter. In mid-August the company announced a new agreement with Nestle Purina to jointly develop and market products in pet food markets. That was followed a day later by the completion of a majority sale of Algenist. In addition to retaining 20% of the brand, TerraVia received proceeds of $20.2 million to bolster its cash position and help it double down on food ingredients.

TerraVia also provided an update on progress on its joint venture with Bunge, stating that unconsolidated revenue achieved during the third quarter totaled $2.5 million, and for 2016 came to $5.5 million. That would mark an approximately threefold increase in sales from the JV. While investors need to take any progress they can get at this point, they should hope sales begin taking off much more quickly in the near future. There's really no excuse, considering the manufacturing facility in Brazil has been operating for two years now. And without greatly increased sales and utilization of the facility, the JV will remain unconsolidated, keeping TerraVia shareholders from reaping the rewards of the value being created.

This quarter doesn't feel much different from others by looking at the financials. TerraVia has a history of pivots and of failing to gain market traction with newly launched products. This time may be different, but change won't arrive overnight.