To say that 2016 has been an up-and-down year for Ionis Pharmaceuticals, Inc. (NASDAQ:IONS) is an understatement. In the first half of the year, shares of the biotech plunged more than 60%. Since July, though, Ionis' stock has rebounded by over 75%. Next year could be critical for the company. Here are three potentially huge catalysts that could send Ionis' shares soaring even more. 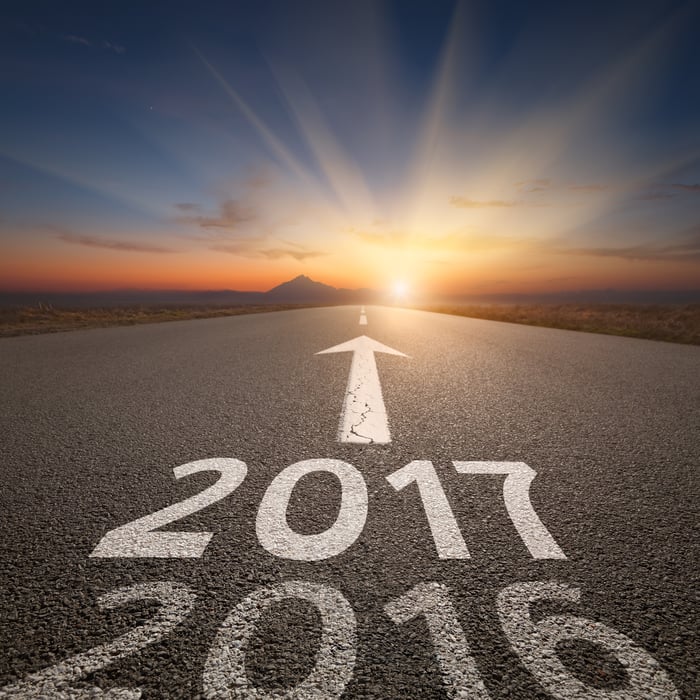 Biogen expects to launch Spinraza in the U.S. no later than the first quarter of 2017. The big biotech has also filed for regulatory approval in Europe and is moving forward with initiation of filings in other countries.

Ionis received $75 million in July when Biogen exercised its option for a worldwide license to Spinraza. A successful launch of Spinraza could translate into a big boost for Ionis. The biotech stands to gain up to $150 million in milestone payments and a tiered royalty of up to a mid-teen percentage of sales of the drug. Analysts expect Spinraza to generate peak annual sales between $1.2 billion and $1.7 billion.

Results from a late-stage study of volanesorsen in treating hypertriglyceridemia are expected in December of this year. Ionis has begun preparing for regulatory filings in 2017.

The company should announce additional results in the first half of next year from a late-stage study of volanesorsen in treating familial chylomicronemia syndrome (FCS), a rare disease that causes extremely high triglyceride levels. A third phase 3 study of the experimental drug targeting treatment of another rare genetic disorder, familial partial lipodystrophy (FPS), is expected to wrap up in the third quarter of 2017.

Of the 30 clinical programs in Ionis' pipeline, volanesorsen is one of only a handful that the biotech is developing by itself. If the late-stage results for the drug are good (and especially if the FDA approves on an accelerated basis), Ionis' stock should see a nice bump.

Ionis expects to announce results from a late-stage study of IONIS-TTRrx as a potential treatment for familial amyloid polyneuropathy (FAP) in the first half of 2017. Over half of the patients in this study also have TTR amyloid cardiomyopathy. Ionis thinks that these forms of TTR amyloidosis combined present a great market opportunity.

GlaxoSmithKline (NYSE:GSK) has an option to exclusively license IONIS-TTRrx. The big drugmaker delayed its plans to advance the drug to a phase 3 study for patients with TTR amyloid cardiomyopathy earlier in 2016 after potential safety concerns were raised. Glaxo instead decided to wait on the results from Ionis' FAP study.

Because of the unmet medical need and severity of FAP, it's entirely possible that IONIS-TTRrx could make it to market quickly if Ionis' phase 3 results are solid. GlaxoSmithKline is already laying the groundwork to launch the drug commercially.

There are still plenty of risks for Ionis in the year ahead. Biogen's launch of Spinraza might not go as well as expected. Late-stage clinical studies could prove disappointing.

However, I suspect that Ionis is poised for its long-awaited success. My prediction is that 2017 will be more like the latter half of 2016 than the first half for the biotech.