Steve Symington, Dan Caplinger, and Brian Feroldi
(XMFSymington)
Author Bio
As a technology and consumer goods specialist for the Fool, Steve looks for responsible businesses that positively shape our lives. Then he invests accordingly. Enjoy his work? Connect with him on Twitter & Facebook so you don't miss a thing. 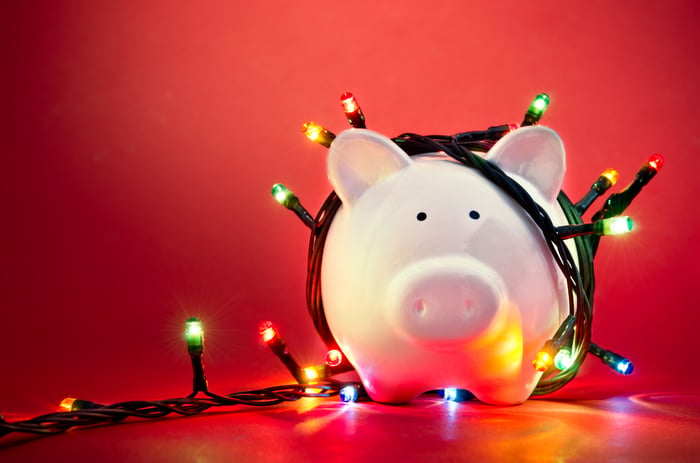 The holiday season is officially upon us, and we're looking for more than just Christmas presents right now. More specifically, we asked three Motley Fool contributors to each pick a large-cap stock -- generally defined as a business with a market capitalization of at least $5 billion -- to help investors consider the relative financial strength and stability these big businesses can afford.

If you have any money you'd like to put to work that's not already allocated to Christmas shopping, read on to see why they chose Starbucks (NASDAQ:SBUX), Amgen (NASDAQ:AMGN), and Valero Energy (NYSE:VLO).

A caffeine pick-up for your portfolio

Steve Symington (Starbucks): I've encouraged investors to indulge in shares of Starbucks on multiple occasions in recent months -- first as a solid stock for beginning investors last June, then as a rock-solid dividend play in October. And even though the stock is up almost 9% over the past month as of this writing, I think Starbucks is still a compelling buy today.

After all, the recent gain came on the heels of Starbucks' strong fiscal fourth-quarter report on Nov. 3, which capped the company's most profitable quarter and fiscal year in its 24 years as a publicly traded company. Thanks to an increase in average ticket sizes, comparable store sales last quarter climbed 4% globally, including a 5% jump in the Americas and 6% in China. Adjusted earnings per share also climbed a healthy 16% year over year, demonstrating Starbucks' ability to perform well regardless of ongoing economic headwinds and geopolitical strife. On top of that, Starbucks approved a 25% increase to its quarterly dividend, to $0.25 per share, for a 1.74% yield.

As it stands, shares of Starbucks are still down roughly 8% over the past year, and now trade around 23 times next year's expected earnings. But I think that's a fair price considering its earnings growth rates and vast potential to continue expanding its reach relative to so many other large cap stocks out there. For investors willing to take advantage of this lull, I think Starbucks stock is worth a sip in December.

Brian Feroldi (Amgen): Most conservative investors ignore the biotech sector completely, which I think is a mistake. After all, the largest biotech companies sell products that are in demand no matter what is going on in the economy, so they can be counted on to crank out cash flow year in and year out. Amgen is certainly one of them.

Amgen boasts a broad portfolio of products that produce tens of billions of dollars in annual revenue each year. Included in this list are legacy drugs like Enbrel, Neulasta, and Neupogen, but Amgen has also added several fast-growing drugs to its lineup like Kyprolis, Sensipar/Mimpara, and Prolia. While sales of its legacy drugs are on the decline, these newer drugs are picking up the slack.

Importantly, Amgen has a number of up and coming drugs that could help to reignite growth. The most important of these is Repatha, a next-generation cholesterol busting drug. Sales have been sluggish out of the gate, but that could change once data from a late-stage cardiovascular outcomes study is released in early 2017. Add in the company's attractive stable of biosimilar product candidates and I believe that steady growth is on the horizon.

Amgen started paying a dividend five years ago and has been raising its payout every year. Shares yield over 2.7% at current prices, and investors should expect another bump in early 2017. With shares trading for less than 12 times next years earnings estimates, I think right now is a fine time to get in.

Refine your search for successful stocks

Dan Caplinger (Valero Energy): The energy industry has gone through major upheavals in recent years, but some areas of the sector have held up well. As a refinery company, Valero Energy has an advantage over energy peers in other subindustries within the sector in that it can actually benefit when crude oil prices go down. The key for Valero is that when it can sell gasoline, diesel fuel, and other refined products at high prices internationally while paying relatively low prices for the crude it uses in its refineries, then it can produce immense profits. That's a big reason why the stock has been up an average of 32% per year over the past five years.

More recently, Valero has run into tougher times because spreads across the industry have narrowed. When oil prices plunged in 2015, refined products took longer to see their prices come down, and that produced strong profits for Valero. In its most recent quarter, by contrast, net income dropped by more than half, mostly because crude oil's recent rebound hasn't spurred a big price change in gasoline and diesel fuel. In addition, regulatory requirements related to renewable fuel standards are costing Valero $750 million to $850 million.