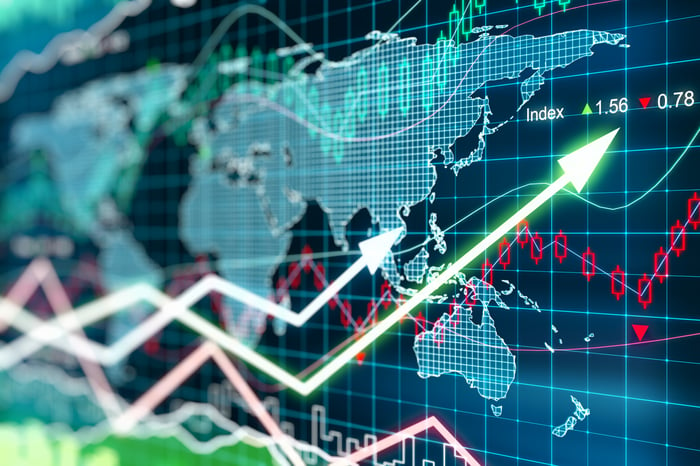 By virtually every measure, Facebook (NASDAQ:FB) has nearly unlimited upside as the world transitions to digital. In the U.S. -- the world's largest advertising market -- digital  spots are expected to surpass longtime mainstay TV this year with an estimated $72 billion in sales.

As dominate as Facebook already is on both social media ad spend and usage, it still manages to report stellar growth quarter in, quarter out. And there are several reasons why Facebook can not only maintain its phenomenal run, it could gain even more positive momentum in the months and years ahead.

Pundits and investors expecting what would seem to be the inevitable slowdown of Facebook's growth were sadly disappointed again last quarter. Due in  part to "making progress putting video first," Facebook reported a mind-boggling 59% improvement in ad sales in its third quarter, accounting for $6.8 billion of its $7 billion in total revenue.

For some perspective, Facebook's primary digital advertising  rival Alphabet (NASDAQ:GOOG) (NASDAQ:GOOGL) generated $20.45 billion in total revenue last quarter, of which $19.8 billion were from ads. Given Alphabet's size it's not surprising its growth rates doesn't match Facebook's, but the gap is closing. A year ago Facebook's ad sales compared to Alphabet's were just 26%. Today, that percentage has climbed to 34%, a trend that shows no signs of slowing.

But as impressive as Facebook's revenue gains are, even those take a back seat to user growth. As far back as 2013 "concerns" were running rampant  about "Facebook fatigue" among its 1.11 billion monthly average users (MAUs). Fast forward to today, and Facebook boasts more daily users -- 1.18 billion of its 1.79 billion MAUs -- than monthly users back when saturation concerns were all the rage.

Mobile was also cited as a Facebook shortcoming the past couple of years. Today mobile spots equate to 84% of Facebook's ad revenue, up from "just" 78% a year-ago. As for spending, Facebook CFO David Wehner had forecast an increase of over  50% plus this year. But thanks to overhead climbing just 28% in Facebook's third quarter, net income soared 166% to $2.38 billion.

While Facebook's earnings and user growth warrant sky-high optimism, better still are its multiple, untapped revenue opportunities waiting in the wings. WhatsApp is  in the early stages of becoming monetized, and could have a positive impact on Facebook even before it begins generating its own sales.

The new privacy policy for WhatsApp's billion plus MAUs allows for sharing of user information with Facebook. If there's one thing that's become apparent over the years it's that Facebook CEO Mark Zuckerberg recognizes the value of data-driven target marketing. And you can bet a good portion of WhatsApp users are also Facebook "friends."

Let's not forget Messenger's more than one billion MAUs that are still on the backburner. Facebook's in-house messaging service offers another treasure trove of revenue possibilities. Similar to WhatsApp, it's not likely Messenger's per-spot charges will be on par with those of Facebook or its photo-sharing site Instagram, but sheer volume should more than make up for less fees per ad.

The new Facebook Workplace and Oculus Rift virtual reality (VR) headset are still in the early stages of growth, but significant revenue from either one or both is just icing on the revenue cake. Not to mention Zuckerberg's plans to incorporate VR into the Facebook user experience, which in turn should boost engagement and possibly gaming sales.

Considering its rapid organic growth, along with the multiple revenue opportunities Facebook will unleash on digital advertisers in the coming years, it's a stock is that long-term growth investors should buy and hold for forever.