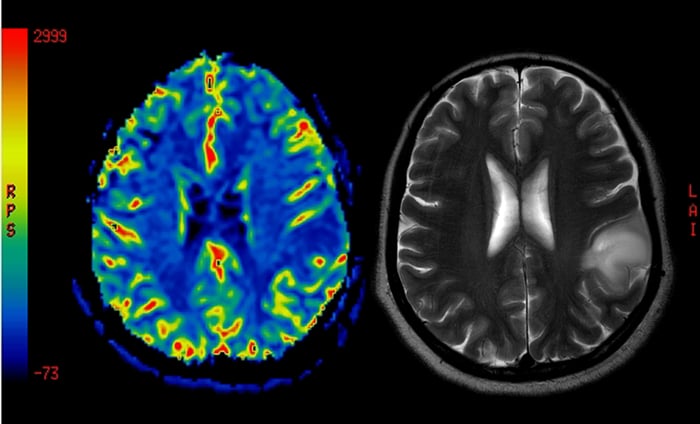 It hasn't been a particularly good year for Celldex Therapeutics (NASDAQ:CLDX), with shares down over 75% year to date. While shares declined during the first two months of 2016 -- along with the rest of the biotech sector -- it was a dark day in March that did the biotech in. 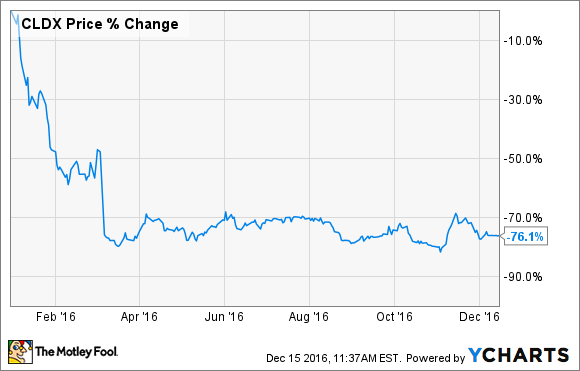 Celldex was running a phase 3 clinical trial called ACT IV, testing Rintega in patients newly diagnosed with a type of brain cancer called glioblastoma. During a preplanned interim look at the data, the independent Data Safety and Monitoring Board concluded that Rintega wouldn't reach statistical significance for overall survival in patients with minimal residual disease (MRD) compared to placebo, so the trial was stopped early.

The lack of efficacy was a bit surprising given the data from the ReACT phase 2 study, where the drug was clearly helping patients.

By the SNO meeting in November 2015, it looked like the combination of Rintega plus Avastin was having a long-term effect on patients in the ReACT trial, with a 25% survival rate at two years compared to 0% for those taking Avastin alone.

So why didn't phase 2 success turn into phase 3 triumph? A likely reason for the lack of correlation between the two trials has to do with the types of patients Celldex enrolled in the trials.

The phase 2 ReACT trial tested patients with recurrent glioblastoma while the phase 3 ACT IV trial enrolled newly diagnosed patients. Since the patients were at different stages of disease progression, the background standard of care needed to be changed from Avastin to a chemotherapy called temozolomide.

Treating patients early in disease progression makes sense, because Rintega is an immunotherapy, and the earlier treatment should theoretically work better when patients are healthier and have better immune systems. Celldex had some data suggesting that Rintega was also working in newly diagnosed patients with MRD, but the trials didn't have control groups.

In those phase 2 trials, the median overall survival was 20 to 22 months, compared to approximately 16 months for two matched datasets from other trials. Comparing results across trials is dangerous -- the patients may not have the same characteristics and the standard of care can change -- but that was the only thing Celldex could do to put the data in context, since it didn't include a control arm in the phase 2 trials.

At this point, Celldex doesn't have plans to develop Rintega further, although the slides for the ACT IV data presented at SNO 2016 conclude, "The survival advantage in a randomized phase 2 study in combination with [Avastin] in recurrent disease (ReACT) lends support to the combination of immunotherapy with VEGF [vascular endothelial growth factor] antagonism and would require further studies."

It's possible Celldex could run another trial with Rintega and Avastin or another VEGF inhibitor. But when I asked the company about future plans, Sarah Cavanaugh, Celldex's vice president of investor relations and corporate communications, pointed me to the third-quarter earnings release, where the company reiterated its guidance "that it will not incur substantial additional costs related to Rintega at this time."

Fortunately Celldex has other drugs in its pipeline, including glembatumumab vedotin, which is in a phase 2b trial in patients with metastatic triple-negative breast cancers; it has also shown positive results in metastatic melanoma. Celldex also has an immune-system activator called varlilumab, which Celldex is testing in separate trials in combination with Bristol-Myers Squibb's Opdivo, Pfizer's Sutent, and its own glembatumumab vedotin.

If either one of those drugs is successful, it'll be a lot easier for Celldex's investors to forget the biotech's biggest failure of 2016.