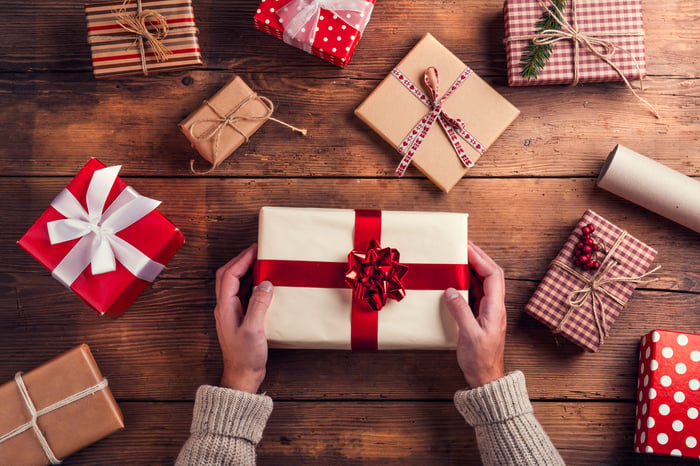 The end-of-year holiday season is known as a time for reflection and celebration. Of course, it's also America's biggest shopping season, and could be a good time for investors to shop for companies backed by strong brands that will help drive business and fend off competition.

We assembled a panel of three Motley Fool contributors and asked each to highlight a top big-brand company with a stock worth buying this month. Here's why AutoZone (NYSE:AZO), Kimberly-Clark (NYSE:KMB), and Under Armour (NYSE:UAA) (NYSE:UA) made the list.

Rich Duprey (Kimberly-Clark): Shares of global consumer products giant Kimberly-Clark are down 15% from their 52-week high as sluggish sales weigh on its stock. Organic growth was flat in the latest quarter, but as rival Procter & Gamble (NYSE: PG) is also suffering from slack sales, it indicates a broader weakness in the market and nothing specific to Kimberly-Clark's business. However, it is meeting the challenge by initiating an aggressive cost-containment program called FORCE, or Focused On Reducing Costs Everywhere, that generated $105 million in savings last quarter.

Because it is a consumer products powerhouse with name-brand products you probably own -- including Scott toilet paper, Kotex feminine products, and Kleenex tissues -- it is still able to generate a lot of cash even in the face of a slowdown.

Kimberly-Clark reported net income of $1.7 billion for the first nine months of the year, up from $722 million a year ago, which has translated into almost $2.2 billion in free cash flow and $884 million in cash and equivalents in the banks. It uses that money not only to invest in the business, but to return value to shareholders in the form of stock buybacks and cash dividend payments of $3.68 annually per share that at current prices yield a healthy 3.19%. With a payout ratio of 66%, the dividend is both safe and has room to grow. 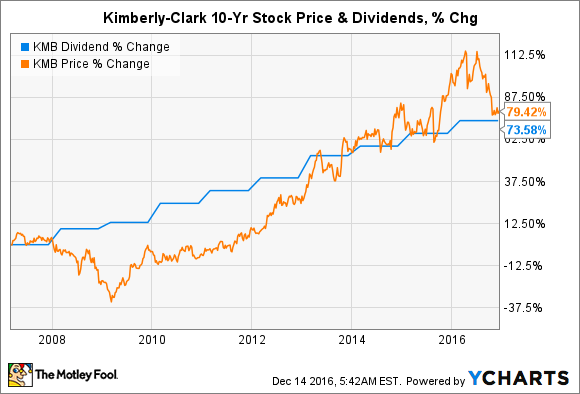 As noted, domestic sales growth has slowed and Kimberly-Clark reined in guidance to just 2% annual organic growth from its previous level of 4% to 5%, but it may be in emerging markets such as China where the greatest opportunity lies. In diapers, for example, it saw low-single-digit growth in a promotional environment, but believes the momentum can carry forward as there exists healthy demand for its products. And since Kimberly-Clark has a comparatively low penetration rate, it has room to expand its market share.

The benefit of buying a big brand is that it signals to consumers reliability, durability, and consistency. In Kimberly-Clark, investors are getting a consumer products powerhouse that is currently discounted, yet is producing strong profitability through cost controls while still generating significant cash flow and value for investors. It remains a reliable dividend play with a great yield that also provides a good bet on a turnaround.

Brian Feroldi (Autozone): Car reliability has been steadily climbing over the last few years, allowing people to keep their cars for longer than ever before. That fact has helped to keep the demand for used-car parts high, as people work on their cars, which has been a tailwind to auto-parts retailers like AutoZone.

However, shareholders of AutoZone have benefited far more than other auto-part suppliers thanks to the company's ability to run a simple game plan that goes like this:

This simple but effective growth formula has worked like a charm. Over the last decade, the company's revenue and net income have steadily marched up while its share count has plunged. All of that has translated into strong EPS growth, which has propelled the company's stock ever higher. 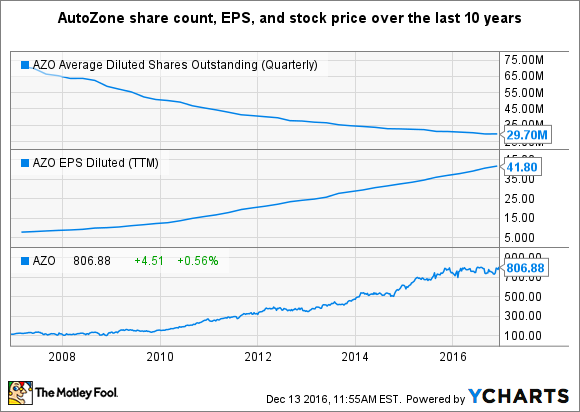 Looking ahead, investors should have high confidence that AutoZone can continue to run this strategy with success. With shares trading for only 16 times next year's earnings estimates, I think AutoZone is a great big-brand stock for investors to buy today.

October saw the stock undergo its biggest decline since 2009 as management squashed its long-standing $800 million operating profit goal for 2018 and delivered warnings of slowing sales and margins growth. Shares bounced back this month, but the stock still appears cheap in the context of the company's long-term growth potential. Class C shares in particular appear to be a good buy for the non-institutional investor, trading roughly $5 cheaper than Class A shares with the only real trade-off for the less expensive price being the lack of voting rights.

Slowing North American apparel sales were a core factor in management's backing off the previous 2018 operating profit target, but Under Armour is seeing strong revenue growth in international markets that should help offset domestic sales headwinds. Management still expects greater-than-20% sales growth in the next two fiscal years, and has reiterated its $7.5 billion sales target for 2018. The company gets its best margins domestically, so deriving a greater portion of sales from international territories means lower profitability, but improving brand performance overseas is a welcome consolation and a good sign, as that's where the company has the biggest growth opportunity.

Macro sales trends and disruptive events like the closing of Sports Authority are largely outside of Under Armour's control, but the company is young and versatile and has the capacity to make shifts that produce big wins down the line. As just one example, UA seems to still be finding its footing from a design perspective, and has often chosen to go for a distinct look rather than opting to imitate the styles of Nike or Adidas. Its unique designs haven't always been well-received, as evidenced by some negative reactions surrounding its Steph Curry shoes, but I think the company's brand assets and aim of setting apparel trends rather than following them will help deliver huge growth over the long term.