The biotech's dismal 2016 was sparked by the failure of its experimental vaccine Rintega in a late-stage trial assessing its ability to improve overall survival in patients with newly diagnosed EGFRvIII-positive glioblastoma.

Glioblastoma is a highly aggressive form of brain cancer with an extremely poor prognosis and no disease-modifying therapies currently on the market -- implying that Rintega could have been a tremendous long-term value driver for the company. 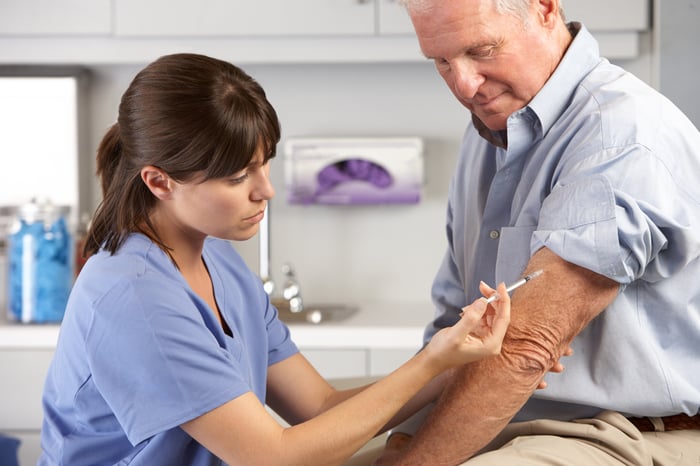 Perhaps most importantly, though, Rintega's failure dashed any hopes of Celldex transforming into a cash flow positive operation anytime in the near future, and shifted the onus for value creation to the company's less advanced clinical assets like the antibody-drug conjugate glembatumumab vedotin ("glemba") and the immune modulating antibody varlilumab.

Despite a fairly robust pipeline of anti-cancer drugs that got even stronger following the recent acquisition of Kolltan Pharmaceuticals, Celldex doesn't appear to have the necessary ingredients to rebound this year. After all, this developmental biotech has already been burning over $30 million per quarter lately, and that number is bound to rise as glemba's pivotal trial for triple-negative breast cancer (TNBC) progresses into its final stages and Kolltan's integration unfolds over the next few quarters.

In other words, Celldex may not be able to wait until glemba's top line data readout for TNBC in early 2018 to raise capital. That doesn't necessarily mean that this cancer specialist isn't worth watching this year, however.

On the contrary, Celldex's market cap of less than $500 million, combined with its diverse mix of anti-cancer drug candidates, arguably makes it one of the more compelling value stories within the high-flying biotech space. So while investors may want to wait until the company's pipeline matures a little more and its long-term financing needs are in place, this stock could eventually revisit and perhaps surpass its 2016 highs within the next two to three years.