If you're considering an investment in the home automation segment, there are a mind-boggling number of choices. You can invest in individual component manufacturers, professional systems installation companies, or managed services. We will look at some of the best in each category. 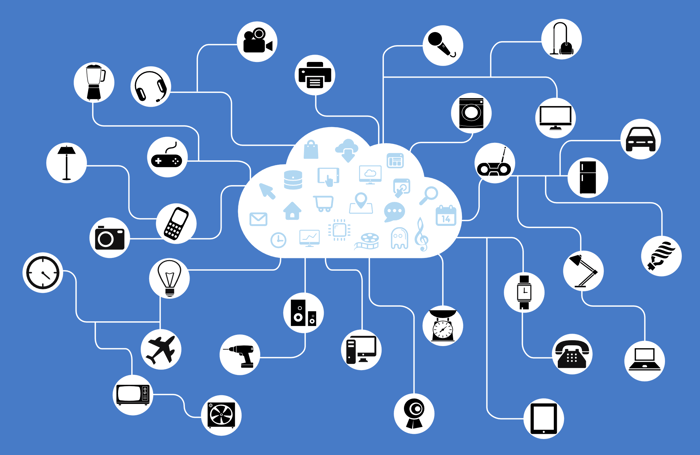 Home automation is reaching into every aspect of our lives. Image source: Pixabay.

Professionally installed systems are integrated when the home is built or a retrofit is done. There are several such companies, but most are privately held. One exception, that's also a leader in the field -- is Control4 Corporation (NASDAQ:CTRL). This is the only pure play on the list. This company is extremely small, with a market cap of about $265 million, at the time of writing. It provides a wide variety of systems and options and serves both the home and business markets. It provides choices in all the major component categories including lighting and environment controls, entertainment, security, and networks to control them all. It also integrates with over 10,000 existing third-party products.

On the operational side, the company has been growing revenue and earnings, up 27% and 49%, respectively, year over year in the most recent quarter. It has been expanding gross margin and investing in sales and marketing efforts, which Control4 believes will result in additional revenue growth. It has been developing internationally and acquired Pakedge Networking last year. Control4 believes that having its own networking solution will not only drive revenues but also help dealers identify issues in customer networks, leading to greater levels of customer satisfaction. The company is growing its network of dealers that install its products and increasing its addressable market by providing solutions for middle-income homeowners while still serving the luxury market. This company seems to be pursuing growth in a smart and measured way, and the stock will probably move higher.

The future of awesome

Managed service systems offer a more limited range of offerings, centered mostly on security, while charging a monthly monitoring fee. The best way to play this segment may be an investment in Comcast Corporation (NASDAQ:CMCSA). Its service is security based but also provides lighting and environment controls, while already having an "in" with networks and entertainment from its cable and broadband offerings. It sees this market as a natural extension of its existing business. Having its own broadband provides distinct advantages, allowing it to control that portion of the equation. The company has consistently grown both revenue and earnings over the past five years, and the stock has increased 174% to the S&P's 73% over the same time period.

The do-it-yourself market is much more cluttered and provides a variety of options to the discerning investor. Amazon.com's (NASDAQ:AMZN) Alexa, Alphabet's (NASDAQ: GOOG) (NASDAQ:GOOGL) Google Assistant, and Apple's (NASDAQ:AAPL) Siri all represent entries into the nascent virtual-assistant category, and all offer a multitude of products that integrate with their devices. Each of these virtual assistants responds to voice commands.

Amazon currently has the advantage of a yearlong head start with its Amazon Echo speaker system, powered by Alexa. It has meanwhile been integrating Alexa into its other products, including its Echo range, Tap, and Fire TV. This advantage should not be underestimated. Amazon released Alexa to third-party hardware providers that have been integrating Alexa into their products.  The list of products Amazon's assistant can partner with is quite extensive, including such diverse offerings as hubs -- which control and network the system -- lighting, and environmental, as well as a laundry list of big-name service partners.

Not to be outdone, Apple recently released its HomeKit, which comes with its Siri pedigree and its own list of iCompatible device categories that include alarms and sensors, heating and cooling, and lights and switches. These are compatible across a wide swath of iPod, iPads, and, of course, iPhones.

Google, though late to the party, wants to steal the show. The Google Assistant is the brains behind the Google Home smart speaker and is integrated into the majority of Google-branded hardware products, including Android phones, Chromecast, and Android TV. It will also network with Google's software programs, including Google Calendar and Maps. In a recent research report, analytics firm IHS Markit reported that it believes that Google Smart Speakers will overtake Echo's lead by 2020.

Did I mention that these three companies also have other businesses?

No company is perfect, and each of these suggestions comes with its own potential downside. Amazon's dominance as an e-retailer is well known, and home automation is one of many additional revenue streams it's pursuing. Since it has a P/E of 187, investors need to understand that if home automation is what they're interested in, they're paying a premium for Amazon's projected growth in online retail and the plethora of ventures it's pursuing. Google's premium is much more reasonable, with a P/E of 30, but similar to Amazon, home automation represents only a small fraction of its business. Apple is the most reasonably priced of the three, with a P/E of 14, but be aware that its share price, along with the majority of its revenue and income, depends directly on the success or failure of its ubiquitous iPhone and its release cycles.

While not inclusive, this list provides investors with a starting point to invest in the home-automation segment. There are many ways to play this burgeoning market, so maybe one should ask "Alexa, what's the best home automation investment?" On second thought, better not: Her answer might be biased.