According to data from S&P Global Market Intelligence, shares of the clinical-stage biotech Celldex Therapeutics (NASDAQ:CLDX) slid by 9.7% in January and did so without a clear catalyst. In fact, the company has pretty much maintained radio silence ever since the American Society of Hematology Annual Meeting at the start of December.

Celldex was not the only biotech to start the year on a sour note. Although the iShares Nasdaq Biotechnology ETF (NASDAQ:IBB) did manage to eke out a small 3% gain in January, a large number of biotechs and biopharmas of all sizes lost ground last month. 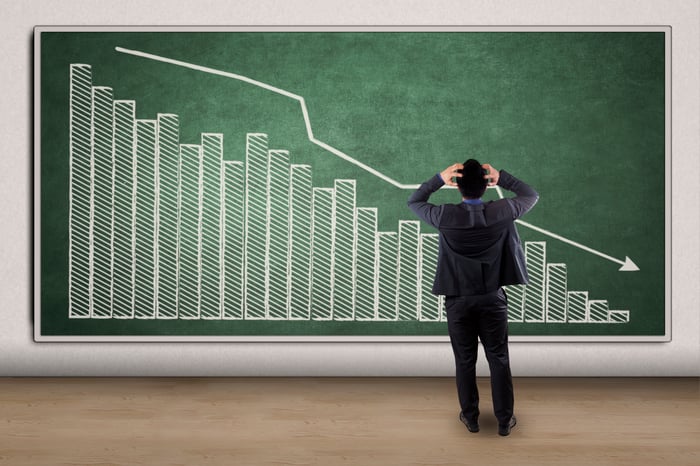 The underlying reason behind this widespread weakness appears to be President Trump's renewed vow to somehow slash prescription drug prices inside the United States.

Developmental companies like Celldex depend on high prices to absorb the enormous costs associated with developing their first drugs and subsequently bringing them to market. In fact, it's estimated that it costs well over $2 billion to bring a drug through the clinic and onto pharmacy shelves.

Unfortunately, President Trump has yet to reveal any details on how he plans on reducing prescription drug prices while still making it worthwhile for clinical-stage companies to plow tremendous sums of capital into the ultra-risky process of conducting human clinical trials.

Until this keystone issue is resolved, biotech investors can probably bank on further volatility, especially among smaller companies that lack stable cash flows, such as Celldex.

Celldex, with its two lead drug candidates glemba and varlilumab, remains an intriguing clinical-stage biotech stock, but only for the most strong-stomached of investors.