Geospace Technologies' (NASDAQ:GEOS) most recent earnings report is a reminder that not every part of the oil and gas market has turned the corner. With exploration and production companies still holding off from spending on new exploratory work, Geospace Technologies had to do what it has been doing for several quarters now: survive.

Here's a rundown on Geospace's most recent results, and what investors should expect for the next few quarters. 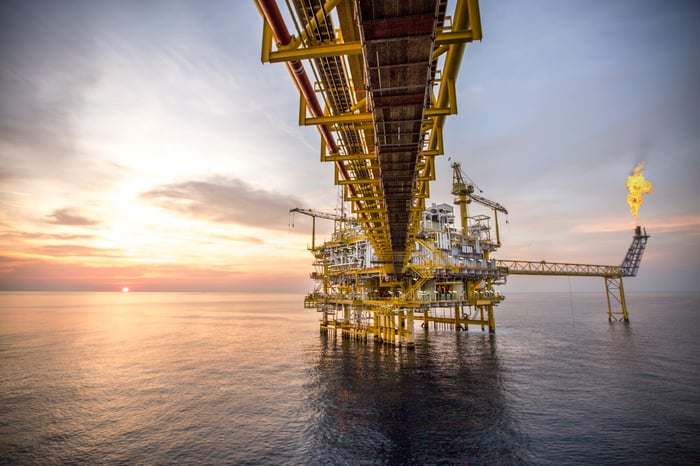 At first glance, it might look as though Geospace was losing the battle against costs this past quarter. Even though it saw an uptick in revenue and a narrower loss on an EBITDA basis, the company's net income loss was still more than this time last year.

The income statement, though, shows this wasn't necessarily a by-product of poor operations. Rather, the difference pretty much came down to taxes. In the fourth quarter of 2015, Geospace realized a $3.6 billion income tax benefit, whereas this past quarter there was a $434,000 tax expense. Aside from that $4 million swing in tax-related items, things improved ever so slightly across the board.

For those investors looking for some optimism, CEO Rick Wheeler's statement on the state of the oil and gas market wasn't encouraging. The outlook for 2017 isn't great for exploration and production:

During our first quarter ended December 31, 2016, we were encouraged by the agreement among OPEC and other producing nations to reduce oil production which has helped stabilize crude oil prices in recent weeks above $50. However, significant crude oil quantities remain in storage worldwide and this overhang is predicted by some to persist for a year or more. This excess crude storage may further suppress any meaningful additional increases in crude oil prices. Oil company exploration expenditures have dropped precipitously in recent years, and while some have raised capital spending forecasts for 2017, many others have announced further cost reductions.

So long as seismic exploration activities stay sluggish and permanent reservoir imaging projects are deferred, demand for our seismic equipment will remain depressed and revenue growth from these products will remain challenged. However, in order to sustain a viable global energy market, the eventual resumption of these activities is inevitable, even though the timing is unpredictable and seemingly gradual.

Wheeler's statement isn't that much different from what we have heard from several other oil-services companies in recent weeks. Basically, those that generate most of their revenue from either international or offshore operations don't expect much of a turnaround in exploration and development activity until at least the second half of 2017.

It seems that the oil and gas market is still trying to deliver a knockout punch to Geospace Technologies, but the company continues to take the blows without staggering. Its abilities to cut costs, keep cash burn to a minimum, and maintain a debt-free balance sheet have allowed Geospace to survive these troubling times.

It looks as though Geospace will have to rely on survival tactics for a little while longer. It's possible we could see a turnaround in the second half of the year, but management isn't completely counting on it coming that quickly.