Investors were rewarded in 2016 for holding shares of Blue Bird Corp. (NASDAQ:BLBD), a manufacturer of Type A, C, and D school buses as well as alternative fuel applications (propane- and natural gas-powered buses). Thanks in part to an industrywide recovery in bus sales after those bottomed out in 2011, shares of Blue Bird jumped more than 50% in 2016.

It was a busy year for the company as it improved customer and dealer technician training, expanded dealer service capabilities, increased daily production capacity by more than 50%, and reentered the commercial bus market. In addition, Blue Bird refinanced its $160 million term loan and $75 million revolving line of credit, which is expected to save the company about $4 million in fiscal year 2017 alone. Blue Bird achieved its guidance for full-year sales, adjusted EBITDA, and adjusted free cash flow, with overall unit sales up 2% to 10,616. The company's backlog is also increasing as overall demand improves; the backlog at the end of fiscal 2016 was at 1,200 units, a 12% increase over the prior year. 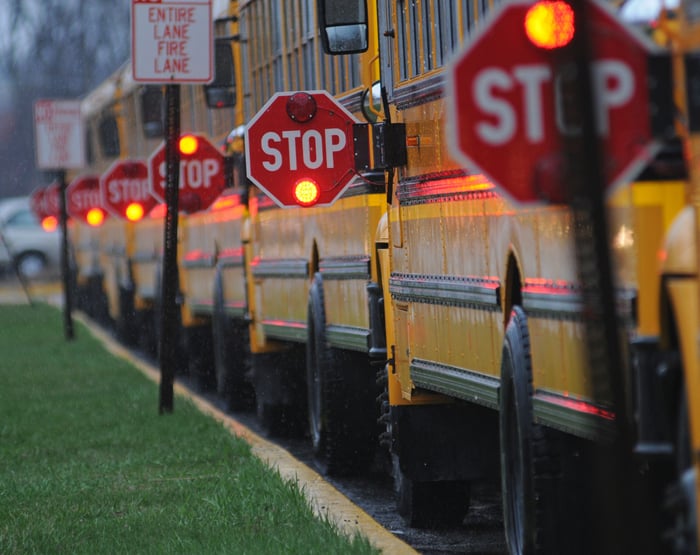 "Overall, we had a great year at Blue Bird. We successfully launched four, all-new powertrains while delivering solid growth in top-line revenue and Adjusted EBITDA," said Phil Horlock, president and chief executive officer, in a press release. "Our propane-powered bus offering continues to be the undisputed leader in alternative fuels with sales up 33% over the prior year." 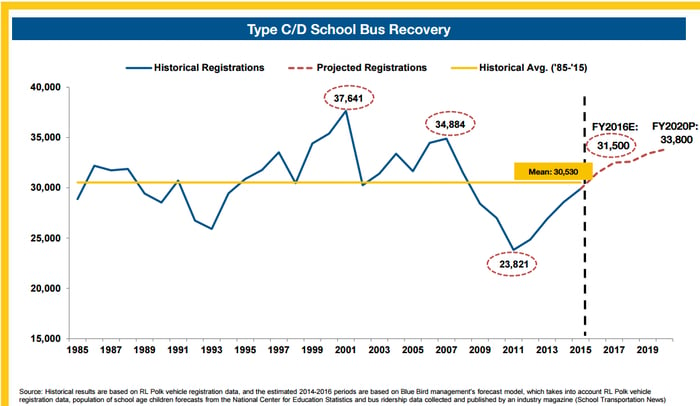 Blue Bird is well positioned to grow its unit sales by 6% to 8% in 2017 thanks to continued industry growth, conquest of major customers, and increasing demand for alternative-fuel-powered buses. One of the biggest potential catalysts for Blue Bird and its stock price is if the adoption of alternative-fuel buses accelerates faster than anticipated. For instance, in its fiscal 2017 first-quarter earnings report, released last week, management noted it was awarded $4.4 million from the Department of Energy to develop a zero-emissions electric-powered school bus with "Vehicle-to-Grid" technology, which enables the bus to return unused electricity back to the power grid.

That DoE award could be the first of many as the company has a first-mover and brand advantage because it's sold roughly six times more alt-fuel buses than all competitors combined since 2010. While this year might not bring investors another 50% gain, there's still plenty of room for top- and bottom-line growth.

Why Shares of Blue Bird Corp. Soared 54% in 2016 and Where It's Going Now @themotleyfool #stocks $BLBD Next Article
Current