Ctrip.com (NASDAQ:TCOM), China's largest online travel agency (OTA), announced earnings for the fourth quarter of 2016 this week, and the company saw rapid revenue growth, a strategic move toward travel outside of China, and -- most impressively -- expanding margins. 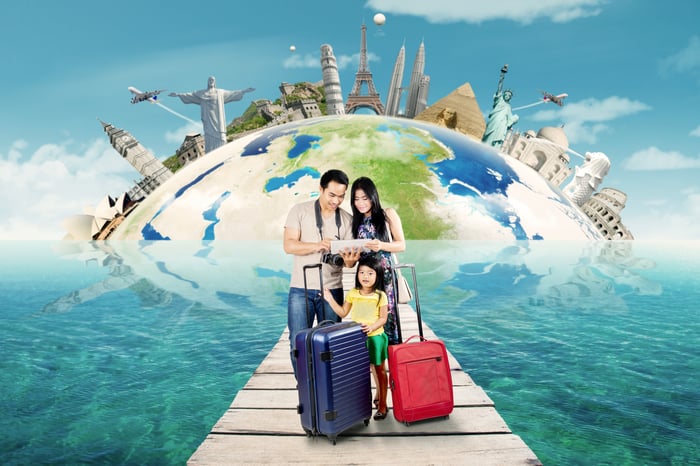 These results came in ahead of management expectations, and show just how much leverage the company has now that the OTA industry in China has undergone massive consolidation. The company's non-GAAP operating margin increased from 10% during the fourth quarter of 2015 to 16% in the most recent quarter. The importance of that 600-basis-point expansion cannot be overstated.

Growth in product development, and sales and marketing spending actually outpaced revenue growth. But this has more to do with assuming all of the obligations associated with Qunar than actual increases in spending. Indeed, on a sequential basis, spending on these two divisions was actually down 7% and 2%, respectively, from the previous quarter.

Here again, the company did not disappoint. The rapid growth of revenue in transportation and accommodations shows that the network effect is truly taking hold: As more people flock to Ctrip to buy tickets, vendors are incentivized to join the network. As vendors join, Chinese citizens have more reasons to use the platform. It's a virtuous cycle that helps drive results and compound gains for decades -- and keeps whatever competition is left at bay.

That was evident in both train and bus ticketing. While the revenue that these two provide pales in comparison to airline travel, these segments grew sales by 70% and 250%, respectively, over the past year.

In late 2016, Ctrip announced that it would be acquiring Scotland-based Skyscanner, a global metasearch engine for travel. The transition closed during the fourth quarter.

Founder and Chairman James Liang said, "Together with Skyscanner, we expect to further extend our international air ticketing services to local customers in Asia-Pacific and other markets around the world." As the Chinese middle class continues to grow, they will likely be going beyond the Middle Kingdom's borders. Skyscanner is the company's attempt to make sure that those customers don't migrate to other global OTAs when the time comes to make travel plans.

Alas, the days of 70% growth can't last forever. That's to be expected when you have larger and larger hurdles to jump over. Moving forward, management sees revenue growing by 40% to 45%. Management sees margins improving to somewhere between 20% and 30% over the next three years. If margins continue to expand at that rate, there's still plenty of very healthy growth for investors.