Shares of video game retailer GameStop (NYSE:GME) slumped on Tuesday after Microsoft (NASDAQ:MSFT) announced a subscription service that gives Xbox One owners full access to over 100 older games. The potential for this service to hurt sales of both new and used physical game discs sent GameStop stock down 10% by 2:45 p.m. EST on Tuesday.

Xbox Game Pass is set to launch this spring. The subscription service will cost $9.99 per month and give gamers the ability to download more than 100 Xbox One and backward-compatible Xbox 360 games. The catalog of games available will change month to month, but subscribers will be able to purchase any game in the catalog at a 20% discount to the retail price. 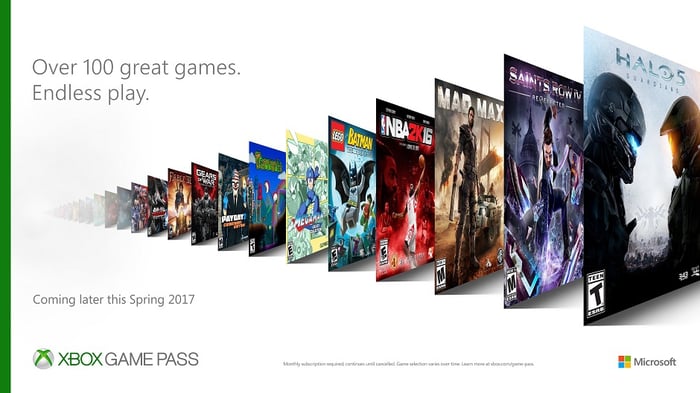 Used and value game sales may end up being the hardest hit if Xbox Game Pass is a success, which would take a big bite out of GameStop's bottom line. It could also trigger Sony to launch a similar service in the future. Sony already offers PlayStation Now, which streams games from the cloud, but being able to download games directly side-steps the issues inherent in that approach.

GameStop has been diversifying beyond physical games in an effort to survive in a world where console games are increasingly going digital. The company sells digital games as well as electronics and collectibles, which collectively generated nearly 20% of revenue during the third quarter, but GameStop remains heavily dependent on physical game sales.

Xbox Game Pass represents another step on the way to console games going completely digital. GameStop's vast store base is supported by physical game sales, so any shift toward digital games is ultimately bad for the company.