Please ensure Javascript is enabled for purposes of website accessibility
Log In Help Join The Motley Fool
Free Article Join Over 1 Million Premium Members And Get More In-Depth Stock Guidance and Research
By Cory Renauer - Mar 4, 2017 at 8:24AM

After a rough start to the year, shares of retail pharmacy chain Rite Aid Corporation (RAD 2.75%) rose 13.9% in February, according to data from S&P Global Market Intelligence. Rumors that the Federal Trade Commission (FTC) will allow Walgreens Boots Alliance (WBA 1.36%) to complete its stalled acquisition lifted the stock.

The acquisition has been in the works for over a year now, giving investors plenty of reasons to be nervous. Walgreens is expected to raise the number of stores it will sell to Fred's (FRED) pharmacy chain from 865 to as high as 1,200, according to the New York Post. 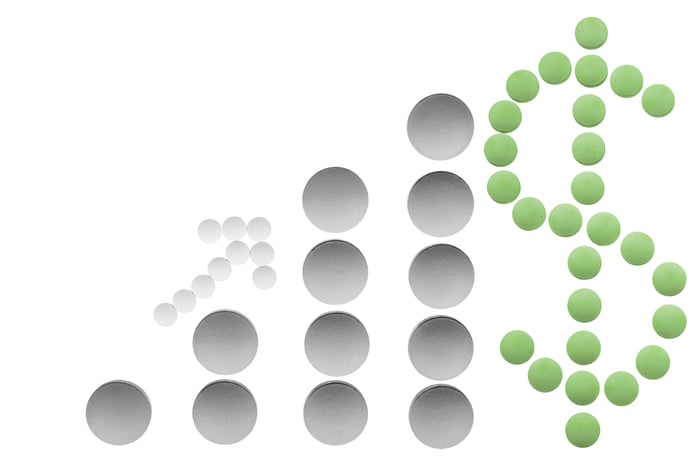 At the end of January, Walgreens and Rite Aid amended their previous agreement to reflect the number of stores to be divested in order to please regulators. The new deal lowers the purchase price from $9.00 per share of Rite Aid to $7.00 if it needs to cut 1,000 stores or $6.50 if the FTC insists on a 1,200-store reduction.

When industries consolidate, companies are generally left with two choices: get big enough to compete or get crushed. CVS Health's expansion into Target stores across the nation puts a bit more pressure on Walgreens to complete the deal. It also makes companies like Fred's hungry for any scraps that fall from the table.

At recent prices, Rite Aid stock is still about 18% below the lower end of the amended deal price of $6.50 per share. There are no guarantees the deal will go through, but it seems more likely than not. Although big mergers within the healthcare sector seemed like a non-starter in the previous administration, I'd be shocked if the FTC doesn't soften its stance while Trump is in the White House.