Please ensure Javascript is enabled for purposes of website accessibility
Log In Help Join The Motley Fool
Free Article Join Over 1 Million Premium Members And Get More In-Depth Stock Guidance and Research
By Matthew DiLallo - Apr 1, 2017 at 9:49AM

A rebound in the oil market, and some company-specific news items, sent Cobalt International Energy, ConocoPhillips, Chesapeake Energy, Weatherford International, and Seadrill up double-digits this week.

After slumping for the past few weeks, the price of crude oil came roaring back this week, closing up about 5%. More importantly, it regained the psychologically important $50-a-barrel level. Fueling this week's rally was renewed optimism that OPEC might extend its output cuts past the first half of the year, as well as a better-than-expected oil inventory report. 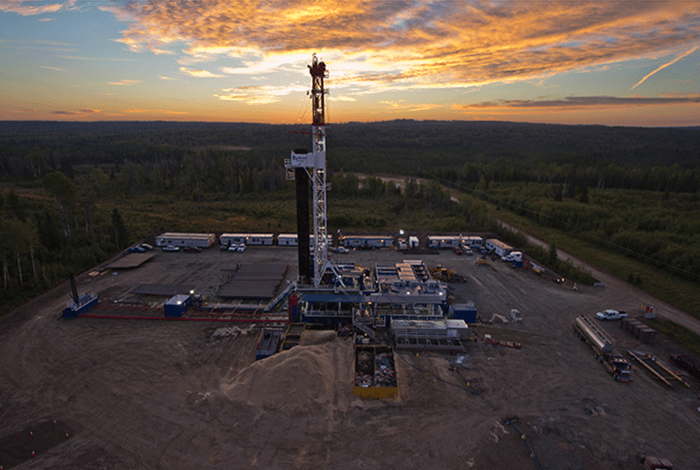 ConocoPhillips stock surged this week after the company announced a deal to sell the bulk of its Canadian oil sands and Deep Basin gas assets to Cenovus Energy. The U.S. oil giant will receive an upfront cash payment of $10.6 billion along with $2.7 billion in Cenovus stock. Not only was the combined $13.3 billion sale price well above the company's $10.9 billion carrying value of the assets, but it's entitled to receive a quarterly payment based on oil prices for the next five years. ConocoPhillips intends to use its cash infusion to pay down debt and accelerate its share buyback program as it supercharges its value-creation strategy.

Shares of Weatherford International jumped this week following the launch of a fracking joint venture with Schlumberger. The two oil-field service companies will combine their fracking assets into a new company, OneStim, with Schlumberger serving as the operator and 70% stakeholder while Weatherford will receive a 30% stake in the venture and a $535 million cash infusion to help it reduce debt. Analysts loved the deal, including Wells Fargo, which upgraded Weatherford to outperform, while Deutsche Bank reiterated its buy rating.

Analysts, meanwhile, helped add fire to Chesapeake Energy's rally this week. Wunderlich put out a bullish note on the company, reiterating its buy rating and $10 price target. The analyst cited the company's "compelling valuation alongside natural gas exposure, oil growth, and an improving balance sheet" as catalysts. In particular, the analyst liked Chesapeake Energy's recent Powder River Basin well results, where a test well delivered 1,650 BOE/D, 70% of which was oil. The result suggests that Chesapeake's assets in the region could be a major oil growth driver as the company ramps up its activities. 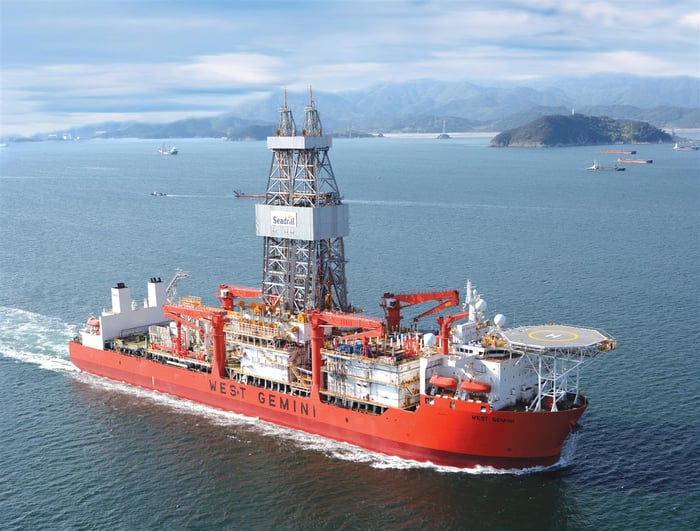 Finally, the rebound in oil prices back above $50 a barrel was all the fuel that beleaguered offshore-focused oil stocks Cobalt International Energy and Seadrill needed to see double-digit rallies this week. Both stocks have been under tremendous pressure due to the impact weak oil prices are having on their operations and ability to access capital. In Seadrill's case, it recently warned investors that it might have no choice but to file for bankruptcy protection as it seeks to shore up its balance sheet. Meanwhile, Cobalt International Energy is burning through cash as it works on its current offshore drilling program. As things stand right now, the company expects to spend between $550 million and $650 million this year, against just $50 million in revenue, leaving its year-end cash balance between $350 million and $450 million. That burn rate suggests that Cobalt International Energy will need another cash infusion within the next year to stay afloat, which will be a challenge considering the brutal offshore drilling market. That said, the rise in oil above $50 a barrel gave investors some optimism that market sentiment might turn and provide these companies with an opportunity to raise the cash they need to stay afloat.

While the rising tide of higher oil prices was the primary driver of this week's biggest movers, investors shouldn't lose sight of the fact that ConocoPhillips and Weatherford unveiled thesis-altering catalysts. In ConocoPhillips' case, it significantly improved its financial and operating metrics, which puts it in an even stronger position to thrive in the current market environment. Meanwhile, Weatherford received a much-needed cash infusion, which significantly improves its competitiveness. Those bold moves make both of those stocks worth a closer look despite this week's big rally.