General Motors' (NYSE:GM) chief financial officer said that the auto giant is on track for a "very strong year" in 2017, despite some challenges it hadn't anticipated when it issued its guidance for the year in January. "Overall, we expect a more challenging environment across a number of dimensions [in 2017]," CFO Chuck Stevens said during a briefing for Wall Street analysts on Thursday.

But despite the shifting headwinds, Stevens said that GM's original guidance for 2017 "remains firmly in place." GM expects a very profitable year, thanks, in large part, to some important new products. 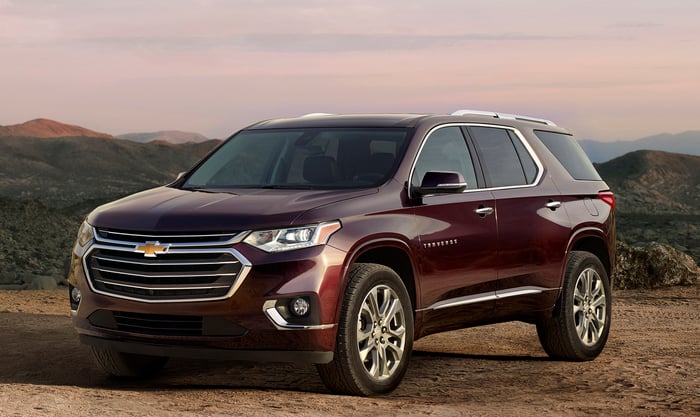 New challenges for GM since the beginning of the year

Stevens said that three factors were making for a more challenging environment than GM had expected when it issued that guidance three months ago:

Those are offset by a big piece of positive news. Stevens said that GM's cost-reduction efforts are running ahead of its own targets.

GM had originally planned to reduce its annual costs by $4.7 billion between 2015 and the end of 2017, largely by taking better advantage of the economies available because of its vast global scale. But it's ahead of plan: Stevens said GM is now targeting $5.5 billion of cost savings through the end of this year.

"Overall, we are very much on track to deliver the performance we outlined in January," Stevens said.

Here's what GM said in January about the results it expects for the full year in 2017:

That's a more upbeat forecast than we've seen from some of GM's competitors. Old rival Ford Motor Company (NYSE:F) is anticipating a profit decline in 2017 on rising costs and aggressive investments in new technology. And it's not alone. But with one quarter of 2017 in the books, GM remains confident that it will deliver.