Amazon (NASDAQ:AMZN) CEO Jeff Bezos has made the idea that it's always "Day 1" at the company a sort of mantra meant to convey that the company will never stop being a start-up. It's a message that the CEO not only reinforced in his recent annual letter to shareholders (link can be found here), but it's the basis of the entire communication. Bezos started broadly, noting that he works in an Amazon building named Day 1, before he hammered his overall message home.

Just saying it's Day 1, though, does not make it so. After opening with those remarks, and introducing the concept to any shareholders who may not have heard him talk about it before, Bezos then broke down some of the key ways the company keeps it Day 1, even as it has gone from a tiny online bookseller to one of the biggest companies and most-recognizable brands in the world. 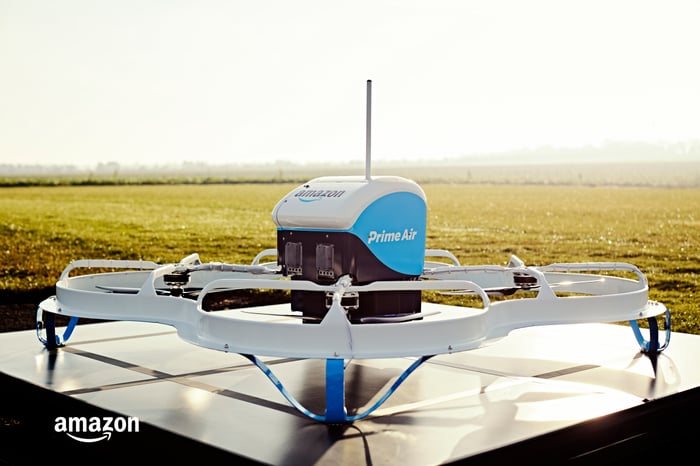 Bezos wrote that a company can be centered on many things, including products, technology, business model, and more, but that the best way to protect what he called "Day 1 Vitality" is to be obsessively focused on customers. He explained that customers can keep you on track because "customers are always beautifully, wonderfully dissatisfied, even when they report being happy and business is great."

The customer, he added, always wants something better, and focusing on not just keeping people happy, but delighting them, drives innovation. "No customer ever asked Amazon to create the Prime membership program, but it sure turns out they wanted it, and I could give you many such examples," he wrote.

Focus on results and not process

The CEO explained that as a company grows, it becomes easy to rely on process rather than the result. In that case, the process becomes "the thing," he said. When that happens, sometimes companies stop looking at outcomes and only consider whether they have followed the process correctly, not whether the desired outcome was achieved.

"The process is not the thing," Bezos wrote. "It's always worth asking, do we own the process or does the process own us? In a Day 2 company, you might find it's the second."

Look outside the company

"The outside world can push you into Day 2 if you won't or can't embrace powerful trends quickly," wrote Bezos. "If you fight them, you're probably fighting the future. Embrace them and you have a tailwind."

The CEO explained that big trends are not that hard to spot, but many times large companies have trouble embracing what is happening. He noted that the world is currently involved in a major trend involving machine learning and artificial intelligence (AI).

Amazon has embraced this trend in a number of ways, including experiments like its delivery drones and the Amazon Go convenience store, which "uses machine vision to eliminate checkout lines," according to Bezos. Most notably, he cited Alexa, the company's AI-based digital assistant.

"Machine learning drives our algorithms for demand forecasting, product search ranking, product and deals recommendations, merchandising placements, fraud detection, translations, and much more," he wrote. "Though less visible, much of the impact of machine learning will be of this type -- quietly but meaningfully improving core operations."

Bezos wrote that Day 2 companies do actually make good decisions, but the problem is they make them slowly. He wrote that start-ups have no problem making high-quality, high-velocity decisions, but large organizations struggle with doing the same.

"The senior team at Amazon is determined to keep our decision-making velocity high," he wrote. "Speed matters in business -- plus a high-velocity decision making environment is more fun too."

To make that happen, Bezos explained a process called "disagree and commit." The basic idea behind that is that not everyone will agree on a decision, but it's still possible for people who disagree to work toward the same goal. The CEO cited an example of him not being sure a proposed Amazon Prime television series should be made, partly due to his level of interest in it, and partly because of the business terms of the deal.

Bezos' team "had a completely different opinion and wanted to go ahead. I wrote back right away with 'I disagree and commit and hope it becomes the most watched thing we've ever made,' " he wrote. "Consider how much slower this decision cycle would have been if the team had actually had to convince me rather than simply get my commitment."

Is it really always Day 1?

While Amazon is no longer a start-up working in a garage or a basement pursuing an impossible dream, its CEO has worked to pursue as much of that mentality as possible. What Bezos is doing is guarding against the contentment that success can bring. He's creating a culture where past results do not guarantee future success so it's always important to strive, innovate, and be open to change.