How soon can the new CEO carry the human-tissue printer over the profitability threshold?

Small-cap start-up Organovo Holdings Inc (ONVO 3.80%) may be one of the most interesting companies in the healthcare sector. Its proprietary human-tissue printing technology is already altering the way biopharma discovers and develops new drug candidates. Further ahead, therapeutic-tissue products in development could significantly shorten transplant waiting lists.

Unfortunately, Organovo has a persistent problem. Although printed human tissues will probably play an increasingly important role in the future, the company isn't making ends meet in the present. 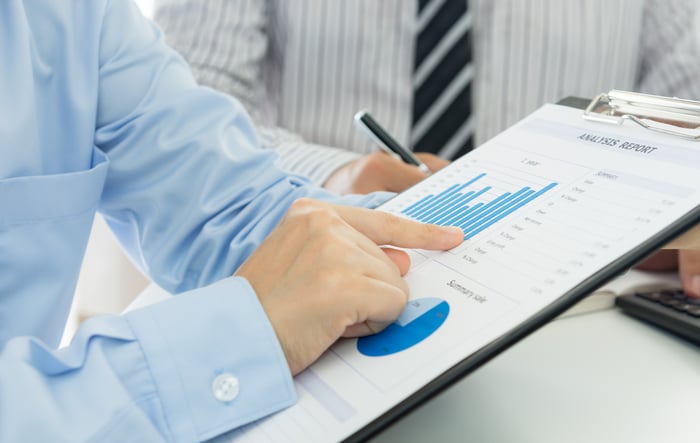 A new CEO entering the executive suite signals a desire to transition from a money-burning start-up to a growing business capable of sustained profitability. If the new CEO doesn't quickly bridge the chasm between revenue and expenses, though, investors will need to brace for another dilutive share offering.

When Keith Murphy became Organovo's CEO about 10 years ago, selling printed human tissues seemed more like science fiction than a viable business model. It's been an exciting decade. When the company last reported quarterly earnings, it boasted of business relationships with 11 of the world's top 25 pharmaceutical companies and a slew of academic institutions.

Right now Organovo's commercial operations are largely limited to its ExVive 3D liver tissue for predictive testing of new drug candidates before they enter clinical trials, in which they are tested on human volunteers. Recently launched similar products and services related to printed human kidney tissue haven't generated sales figures to chew on yet, but the new offerings should fold up well into existing operations.

For its testing revenue to grow, Organovo needs to show its tissues are better than animal models at predicting a new drug candidate's potential toxicity. During the latest earnings call, Murphy highlighted a study run for an unnamed client that suggests Organovo's liver tissue could put a lot of laboratory animals out of a job. In a nutshell, Organovo's tissues accurately predicted liver toxicity for candidates that were eventually scrapped.

This suggests using Organovo's proprietary liver tissue to screen newly discovered compounds could save drugmakers a bundle in the long run. Unfortunately, the company can't disclose the name of the client involved, or the compounds tested, which makes using the data for marketing purposes nearly impossible.

While it would be nice to see bioprinted tissues reduce biopharma's dependence on animal models, most of Organovo stock's potential upside lies in the possibility for commercialization of human tissue for therapeutic transplants. In a fun twist of irony, the Food and Drug Administration (FDA) still requires extensive animal testing of any biological products before they can be given to humans. So far, Organovo has been successful transplanting printed human liver tissue into mice, but doesn't expect to apply for human testing until 2020. 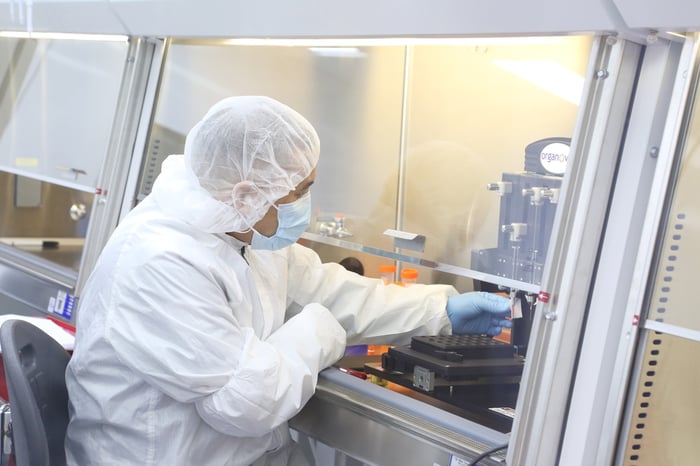 Sales of bioprinted tissues and related services have gotten off to a slow start. Organovo's 3D tissue product launched in 2014, but so far the company hasn't recognized significant revenue from commercial product sales, although it reported $1.15 million in total revenue during the last three months of 2016.

That was a bit less than it reported during the previous quarter, and management blamed the dip on unnamed clients requesting specific validation studies before finalizing orders. Regulators, such as the FDA, have specific preclinical testing requirements. Organovo's clients want to be sure the company's printed human tissues can meet those requirements before signing on the dotted line.

The delays led management to lower its total revenue estimate for fiscal 2017 to a high of $4.5 million from a previous high of $6.2 million. Although such delays are to be expected for a company operating in uncharted waters, they reminded investors that the path forward will be extremely difficult to predict.

Time waits for no start-up

While we wait for big orders to start rolling in, Organovo keeps losing money. It ended 2016 with $70 million in cash and cash equivalents, but lost about $36.2 million last year.

At this rate it won't be long before the company needs to raise capital to keep operations humming along. Longtime Organovo shareholders are painfully aware of how secondary offerings dilute their slice of any potential profits, and lower the price of their shares in the process.

When the company reports full fiscal-year 2017 earnings, investors will want to look for any signs its clients will ramp up purchasing activity sooner rather than later. Another trip to the equity tap appears extremely likely, but how soon that will happen, and how much the company would need to raise, is still up in the air. One thing is certain, though: You can expect this stock to bounce around violently until Organovo's path to profitability is more clearly defined.