There's a lot of activity swirling around Baidu (NASDAQ:BIDU) these days. Netflix (NASDAQ:NFLX) is inking a licensing deal with Baidu's iQiyi to launch in China, according to Hollywood Reporter. Last week, Baidu revealed that it will be opening up its software platform for autonomous-driving systems, potentially making it a global force in the inevitable future of self-driving cars. The week before that it bought xPerception, a stateside tech upstart that provides visual perception software and solutions for robotics, virtual reality, and other applications.

One thing we can't forget in the whirlwind of Baidu news is that it's earnings season, and for Baidu that means stepping up with fresh financials on Thursday afternoon. Folks who haven't checked in on China's leading search engine since its high-growth days may walk away disappointed. Baidu's own guidance calls for revenue of $2.374 billion to $2.453 billion, just 4% to 8% ahead of the prior year's top-line results. Analysts are holding out for an adjusted profit of $0.86 a share, a modest upgrade from the $0.78 it posted a year earlier. 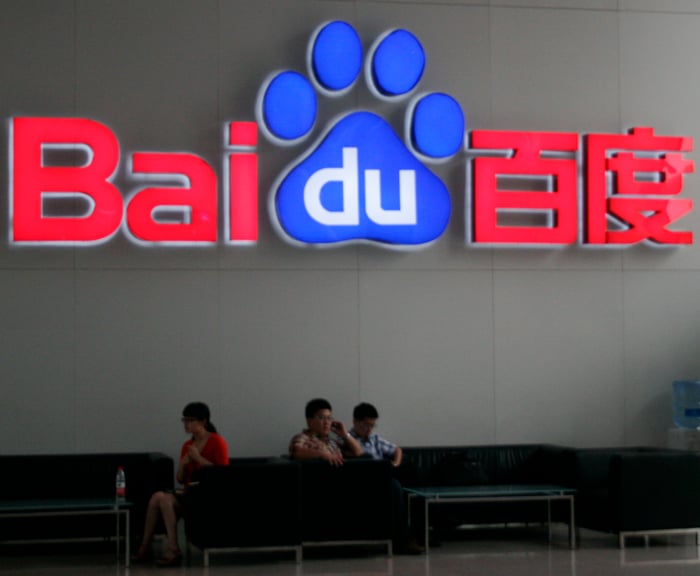 A good reason for slow growth

If 4% to 8% revenue growth seems like a low reward for the geopolitical risk involved with buying into China, keep in mind that revenue on a dollar-denominated basis has declined in back-to-back quarters.

There's a big asterisk to Baidu's languishing growth. A springtime scandal last year -- in which a cancer patient died after seeking treatment from an iffy medical center he found on Baidu -- has weighed on results, as regulators have forced Chinese search engines to scale back on the once lucrative health-related ads. Growth will get better midway through the current quarter, when the year-over-year comparisons are more fair. Baidu's guidance for the second quarter will be a big factor in which way the stock moves following Thursday's report, but it won't be until the third quarter, when we have comparisons for the entire quarter, that we'll have an accurate assessment of growth.

Investors will also want to hear more about the licensing deal with Netflix. It's a great catch for iQiyi, but Netflix itself is hoping it will be a temporary solution. Netflix wants to eventually roll out directly into China, but for now this is a quick way for it make its mark in the world's most populous nation.

Thursday's numbers, Baidu's guidance, and some more color on recently announced initiatives will ultimately drive the stock higher or lower come Friday. There are a lot of things happening with Baidu these days, but earnings season has a funny way of making even already volatile stocks more volatile.