Skyworks Solutions (NASDAQ:SWKS) reported its fiscal second-quarter results after the market closed on Thursday, April 27. As management predicted, the specialty semiconductor manufacturer was finally able to snap its three-quarter streak of producing year-over-year declines in revenue.

Let's take a deeper look at the company's results to see what went right this quarter and what the future holds for Skyworks. 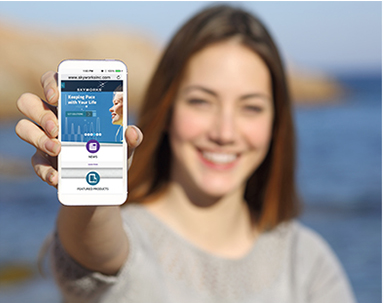 What happened with Skyworks this quarter?

As usual, Skyworks took some time on its earnings call to rattle off a wide range of devices that the company helped to bring online during the period. In smartphones, this included Huawei's P10 and P10+ models as well as the Samsung Galaxy S8 platform.  In gaming, the company said that its products can be found in all of Nintendo's platforms, which includes the popular Switch console. In other connected devices, Skyworks noted that its chips could be found in a number of new products that were launched during the quarter from companies including Alphabet, Fitbit, and Garmin.  Finally, the company stated that it secured new design wins with "three leading auto manufacturers." Skyworks is also an Apple supplier.

CEO Liam Griffin let investors know that the shift toward mobile and the growth in Internet of Things devices are proving to be powerful tailwinds for Skyworks: "As our results demonstrate, Skyworks is capitalizing on powerful macro trends, diversifying across new markets and advancing our technology leadership. We support fast-growing mobile and IoT ecosystems, which are becoming increasingly more profitable."

Griffin also stated that Skyworks continues to be an industry leader and is well-positioned to take advantage of the growing market opportunity: "We are capitalizing on these powerful macrotrends, pushing the technology envelope and extending our product reach to enable the world's most exciting communications platforms. At a higher level, we are well positioned to create shareholder value while executing on our ambitious vision of connecting everyone and everything, all the time."

CFO Kris Sennesael reaffirmed the message put forth by Griffin and noted that production growth is ramping across a wide range of customers. As a result, Sennesael said that the company expects to generate $890 million in revenue in the third quarter and $1.52 in non-GAAP EPS. These figures represent growth of 18% and 23%, respectively, when compared to the year-ago period, and surpass analysts' expectations

Skyworks' results continue to prove that it is having success at expanding its customer base beyond smartphone manufacturers. With industry projections calling for 75 billion devices to be connected to the internet by 2025, Skyworks continues to provide investors with a compelling investment thesis.